St Mungo’s: How the worst team in Ireland got to an All-Ireland final 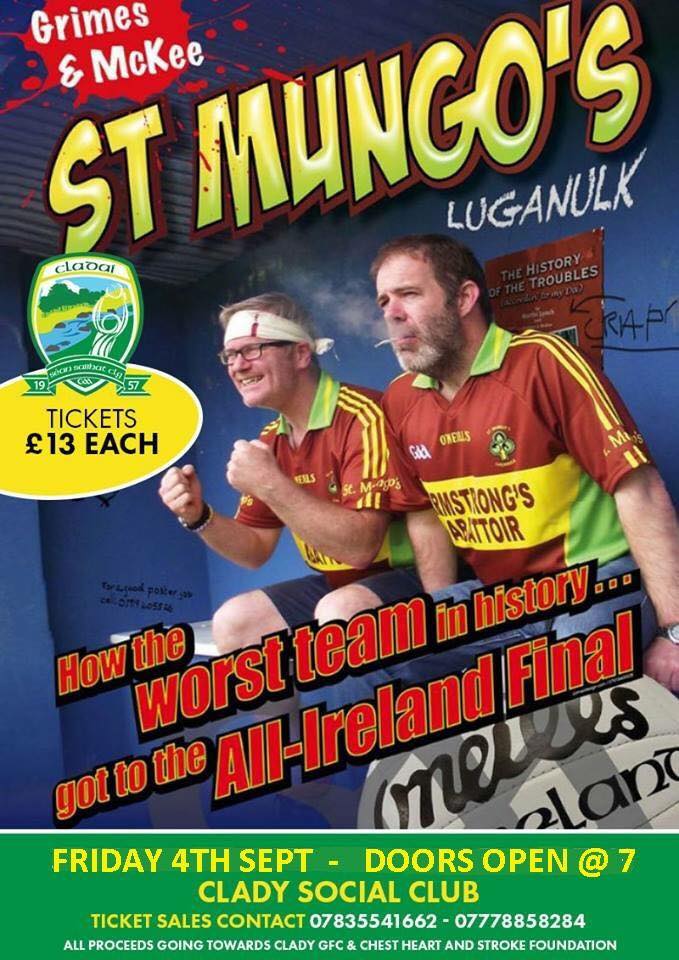 Rooted to the bottom of Division 4, without a win in six and a half years, St Mungo’s GAC are officially the worst Gaelic Football team in Ireland.

Nobody’s buying the weekly lotto tickets, nobody’s coming to the games anymore, and it’s getting harder and harder to find fifteen able-bodied men to pull on a jersey and represent their parish.

When they’re drawn against their near neighbours and vicious rivals the whole village expects yet another first round exit, and perhaps the end of Luganulk. St Mungo’s: How the worst team in Ireland…got to an All-Ireland final

But the footballing gods intervene and St Mungo’s fluke a one point win, in the ninth minute of injury time.

So begins an impossible journey around the B-roads and hamlets of Ireland; their resolve tested by mountainy savages, savagey midges and endless platters of tray-bakes and sandwiches.

Based on a true-ish story.

Come and see how the good people of Luganulk learned to love their football team again.

*Clady social club will host a night with the St Mungo’s on Friday 4th September We will be the only club in North Armagh to host them this year Doors open at 7pm and show will start at 8pm. Tickets available on 07836641772.