The season begins with May McFettridge 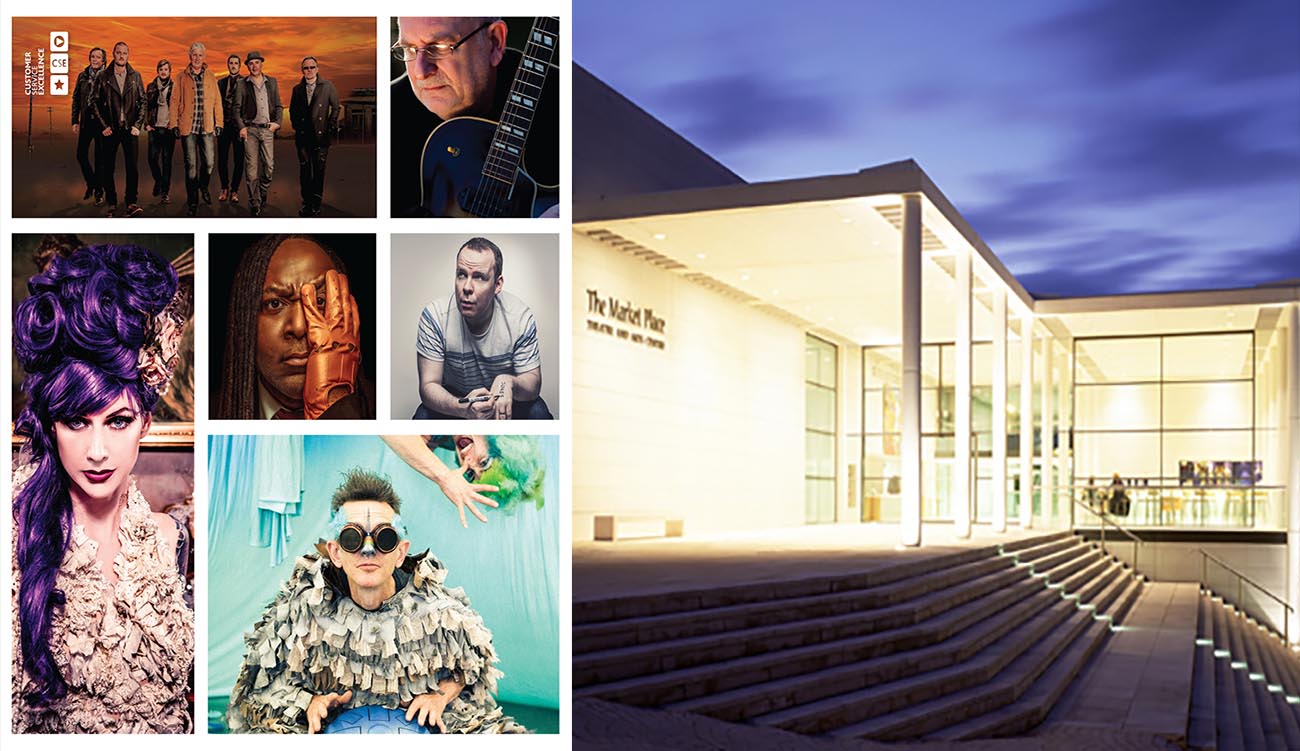 Winter is coming and with that The Market Place Theatre in Armagh has just released its new Autumn | Winter 2017 programme.

It’s packed full of the best in entertainment including shows, workshops and exhibitions to keep audiences flooding back time and again.

The choice is endless, so here’s just a glimpse of just some of the treats on offer.

When three cleaners, Olive, Gladys and Elsie, are threatened with redundancy they feel that their lives are coming to an end until a chance wrong number gives them a new business start-up idea – why not run a telephone sex line? They’ve got motive, opportunity and a lifetime of experience.

Provided Elsie can teach the other two a few new tricks, there’s no reason why they can’t get rich quick providing they can keep their operation a secret from their bosses… and their husbands…and their children…and their grandchildren.

Then on 14 October, it’s the turn of an oldie, but a goodie with ‘The Secret Diary Of Adrian Mole’.

All the agonies of Sue Townsend’s loveable loser are brought to life by the boisterous Bruiser Theatre Company.

Hilariously captured in his secret diary, adolescence doesn’t offer much for our Adrian.

His parents’ crumbling marriage, spots and bullies, his unrequited love for Pandora, and the erratic behaviour of his dog – his teenage world is an outrageous triumph of deadpan and deadly accurate satire.

ABBA, Princess Di’s wedding, punks, Monty Python, and the Falklands campaign – all the cultural pageantry of a keenly observed era marches past the unique perspective of Sue Townsend’s creation: A. Mole, the unforgettable lad whose self-absorption only gets funnier as his life becomes more desperate.

One of stand-up comedy’s coolest customers, Reginald D Hunter, will appear for one night only on 21 October with his highly anticipated brand new show following a hugely successful year performing across Europe.

In the years that he has been living and performing in the UK, Reginald’s searingly honest material has garnered him a popular fan base that spans the generations.

In the past twelve months he has appeared in a critically acclaimed tour of the UK as well as performing across Europe.

His appearances on television have included ‘8 Out Of 10 Cats Does Countdown’, ‘Never Mind The Buzzcocks’ and ‘QI’ and is a frequent guest on ‘Have I Got News For You’.

Roy Orbison fans are in for a treat on 3 November, with The Roy Orbison Story. Barry Steele is widely recognised as one of the world’s leading vocalists playing homage to legend Roy Orbison.

He has stunned audiences across the globe with his uncanny similarity and ability to authentically revive the exquisite toe-tapping sound of this music giant. Celebrate the 30th anniversary of The Big O and The Traveling Wilburys.

Backed by a big screen and phenomenally talented musicians, the result is an incredible fusion of ‘60s solid gold classics and ‘80s contemporary musical genius, all on one stage.

Come December, and it’s time for the Big One! This year’s Christmas extravaganza will be the timeless tale, ‘Sleeping Beauty’.

Once upon a time, in a land far, far away, a beautiful princess is born.

The entire kingdom is delighted, apart from the evil fairy, who places a curse on the Princess, so that she will prick her finger on a poisoned spinning wheel on her 16th birthday! Who could possibly break such a terrible spell?

And who will be brave enough to challenge the evil fairy? And what mad shenanigans will occur in the meantime? Come to The Market Place Theatre this Christmas to find out…

For details of all events can be found online at www.marketplacearmagh.com, and tickets for can be booked by contacting the Box Office on [028] 3752 1821.