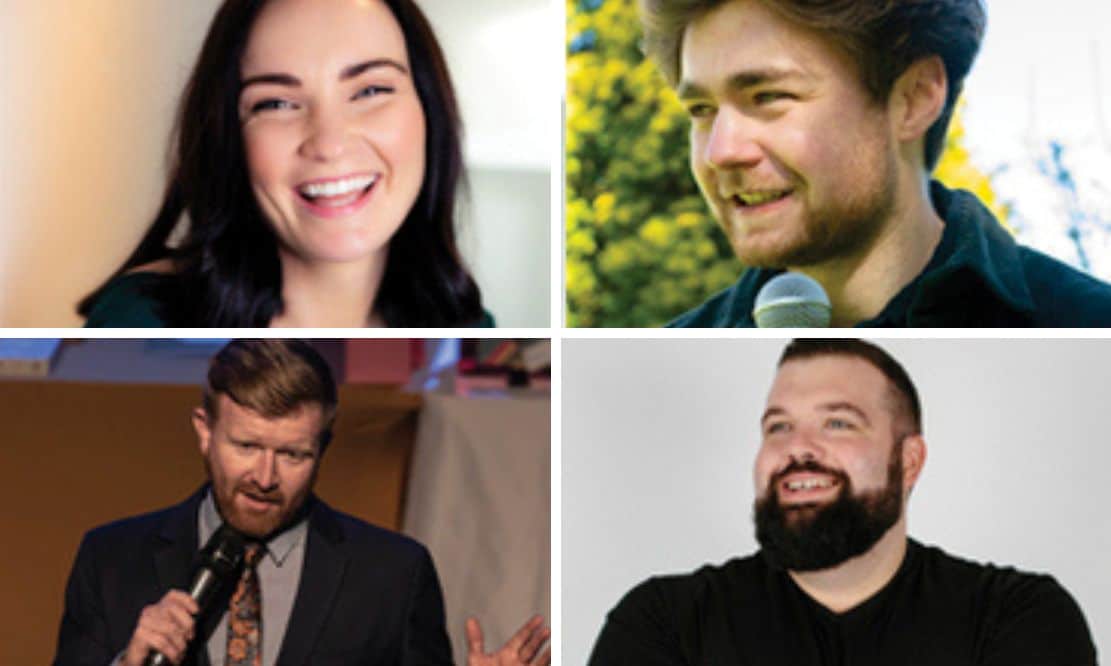 A unique night full of laughter and craic as four of the country’s finest stand-up acts take to the Market Place stage.

Dave Elliott is one of the go-to headline acts on the Northern Irish Circuit. As one of the stars of the BBC NI show the ‘Lockdown Rave’ and co-host of the popular BBC Radio Ulster show ‘The Shane Todd Show’, Dave has been making waves since hitting the comedy circuit.

Armagh native and self-confessed attention-seeking middle child Darren Matthews has been gigging worldwide for ten years and is back on home soil and wanting to tell you all about his adventures. Darren is a man with plenty of stories to swap, jokes to tell and hands to shake.

Comedian, actress and writer Diona Doherty is making waves in the entertainment world from all angles. You may know her from ‘Derry Girls’, ‘Give My Head Peace’, ‘Soft Border Patrol’ or as the only permanent female panellist on ‘The Blame Game’.

Known for off his off-the-cuff, bumbling observational style, Ciaran Franco – ‘Show Me The Funny’ finalist, Sunflower Comedy Club, ‘Suited and Booted’ – is a new face on the Irish scene but has quickly taken to it.

This event takes place in the Studio Theatre with an unreserved, cabaret style seating layout.