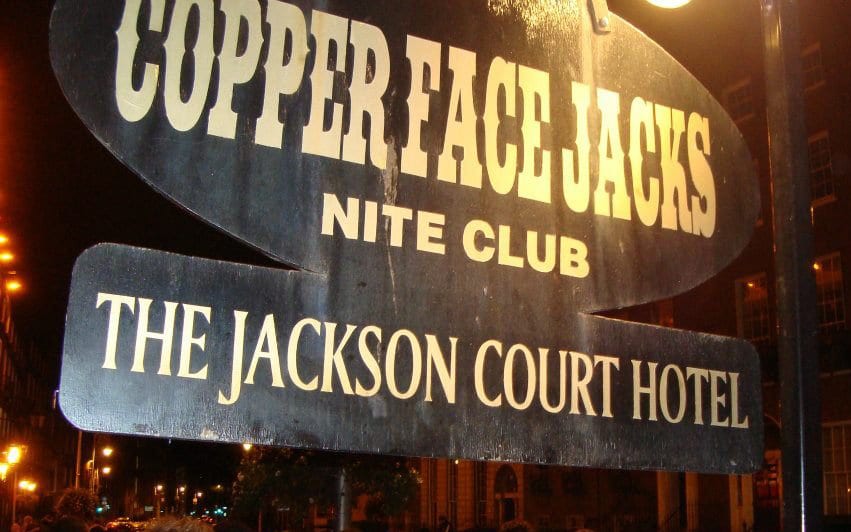 He is one of the country’s most highly respected journalists and broadcasters with a host of awards to his names.

He has covered some of the biggest stories and held senior roles within Irish and British national newspapers, television and radio.

He was there when Irish President Mary Robinson was the first Western Head of State to enter war-ravaged Somalia and he also reported from the scene at Bloody Sunday in January 1972.

And now Paddy Clancy’s latest editorial musings have taken him to Armagh, as he ponders the famed but anonymous ‘Sean’ who has been making headlines after wooing and shooing a woman he met in a Dublin bar.

What’s more, he reckons there will be a lot of attention on Armagh this weekend when the Orchard County take on Galway, but the eyes might be more focussed on the stands than the pitch!

The story went viral this week when an Irish woman, who fell pregnant after meeting ‘Sean’ in the Dublin nightspot Copper Face Jacks, sought the help of the public to reconnect with the father of her eleven-year-old son.

In an email sent in to Ryan Tubridy on his daily radio show on RTE, the woman explains the night in the hotel.

“I was in Dublin on Friday August 2, 2003 when Laois was playing Armagh on the Saturday,” the letter read. “Myself and my friends went out on the Friday night and I met someone in Coppers. We got separated from our friends and went to what I think was the Bewley’s Hotel in Ballsbridge.

“I left the next morning for the match. I didn’t think anything of it. Yes, we had a one night stand and as a result I have a wonderful son. We weren’t too drunk but this happened 12 years ago so I don’t have a great memory of everything.

“I think this guy’s name was Sean and he was from Armagh and he may have had an earring. I want nothing from him, he has his own life but I just wanted to let him know. We all do stupid things but I have no regrets.”

Now Paddy Clancy, writing for the Irish Mirror, believes everyone will be looking for the elusive love ’em and leave ’em lothario!

With his usual inimitable style, Paddy writes: “Unless an unexpected discovery is made and becomes public knowledge within the next few days, I predict what could be the world’s greatest head-swivelling contest next Sunday.

“It will take place at the Athletic Grounds in Armagh.

“There will be heads looking right, left, up to the higher seats, out to the football field, and even attempting to peek inside the dressing-rooms.

“It’s Round 2 of the All-Ireland football championship when Armagh meets Galway but it’s not the game that will hold such full attention.

“It will be the prospect of locating what could be Ireland’s greatest vanishing Casanova.”

Paddy has been doing his own detective work and has deduced that the woman is from Laois – as she reports that she was “in Dublin” and, had she been from an Armagh and a GAA fan, chances are that she and Sean might have come face to face again in the intervening years.

Of course he expects a lot of interest on Sunday because of the story’s appeal.

The witty writer adds: “Because everybody at the Armagh-Galway game now knows about the 2003 one-nighter there is likely to be more attention on faces in the crowd than on the match.

“Ryan Tubridy has suggested the campaign to find the lover might be a fruitless search.

“But you never know! Somebody in the orange colours of Armagh just might spot a person in the crowd and remember that his name is Sean and he did once wear an earring.

“If he is not there it’s because he has either emigrated since 2003 or simply doesn’t want to risk being spotted.”