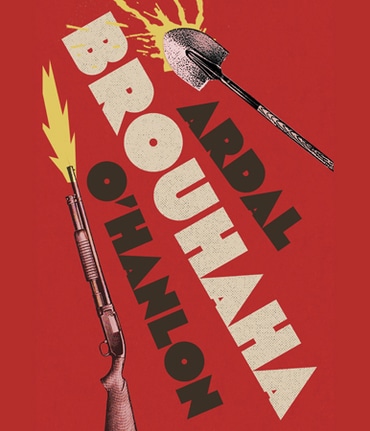 Ardal O’Hanlon, an award-winning actor equally comfortable on stage and screen, is also an accomplished stand-up comedian, documentary film-maker and writer. He is probably best known for his iconic portrayal of Father Dougal Maguire in the hit television series, ‘Father Ted’, and for his role as Detective Jack Mooney in ‘Death in Paradise’.

Ardal’s best-selling debut novel, ‘The Talk of the Town’, was published to critical acclaim and features in the influential ‘1001 Books to Read Before You Die’. His witty, violent and darkly comic new novel, ‘Brouhaha’, is a razor-sharp portrayal of small-town Ireland and the secrets it keeps. A mystery, a black comedy, a satire on Ireland’s tangled politics of memory, ‘Brouhaha’ is set in a small town on the Irish border during the uneasy transition to peace. And peace doesn’t come easy in these parts.

Ardal will be In Conversation with William Crawley, BBC presenter and journalist who hosts Talkback on weekdays on BBC Radio Ulster and Sunday on BBC Radio 4.