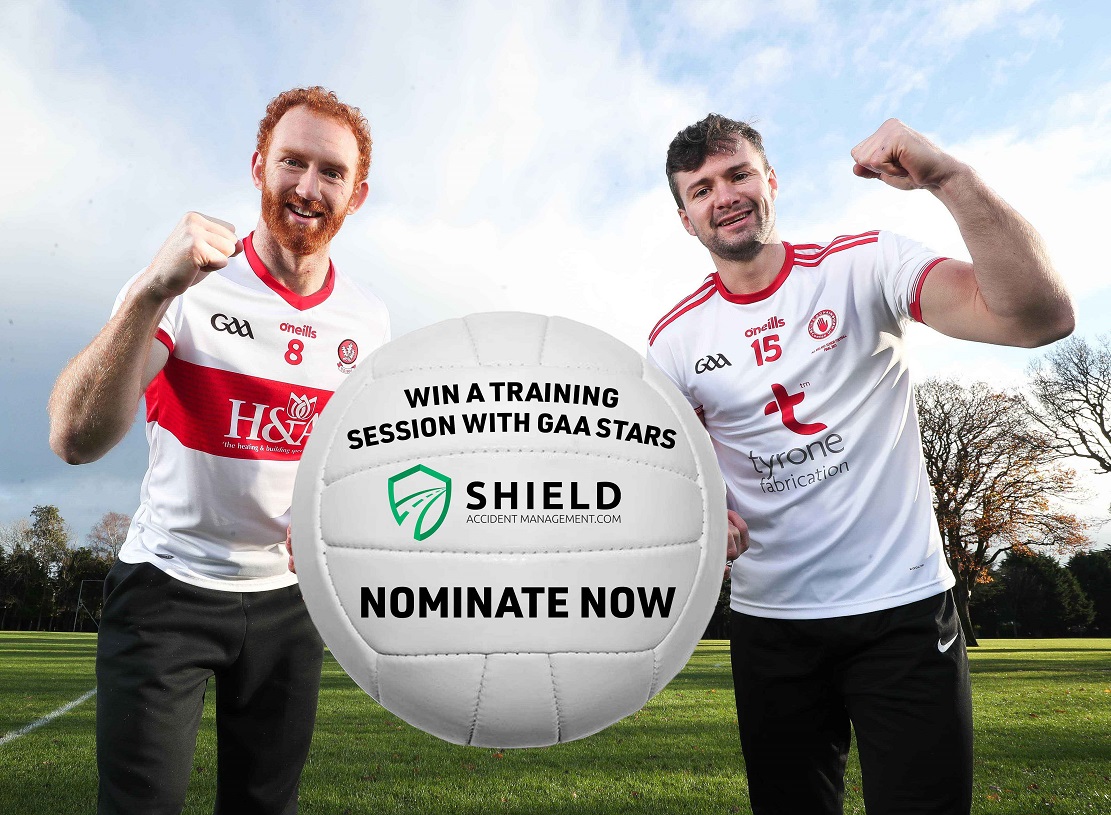 Tyrone all-Ireland winner Conor McKenna has helped kicked off a new initiative to give 16 lucky young people the chance to win an exclusive football training session.

Conor, who was part of the victorious all-Ireland team earlier this year, will be teaming up with fellow Derry GAA star Conor Glass.

His team, Glen, won the Derry senior football championship for the first time in November.

The young people, eight boys and eight girls aged between 10 and 14, will take part in the session on Saturday, March 5  from 10am to 11.30am at the grounds of Conor McKenna’s home club in Eglish.

They will also take home a strip made exclusively for the competition.

Conor McKenna said he was delighted to be a part of the initiative “and my hope is that we can inspire younger boys and girls, from all backgrounds, to get interested in the game”.

He added: “My love for Gaelic football started from a young age and I eventually went on to win the all-Ireland so maybe one of the kids will follow in my footsteps.”

The initiative has been launched by accident management company Shield Accident Management (SAM).

Company director Monica Hughes said: “What young GAA fan wouldn’t want to meet two of the best players around and have a kick about with them. It would be a dream come true for them!”

Kimberly Robertson, chairperson, East Belfast GAA, said: “Sport is all about bringing people together, so we’re delighted to help Shield Accident Management launch this fantastic competition to help young GAA fans meet their idols and get some first-hand advice and experience from the best players around.”

To nominate a child, go to the company’s social media pages and comment with their name, age and the county they support.

The closing date for entries is January 11.