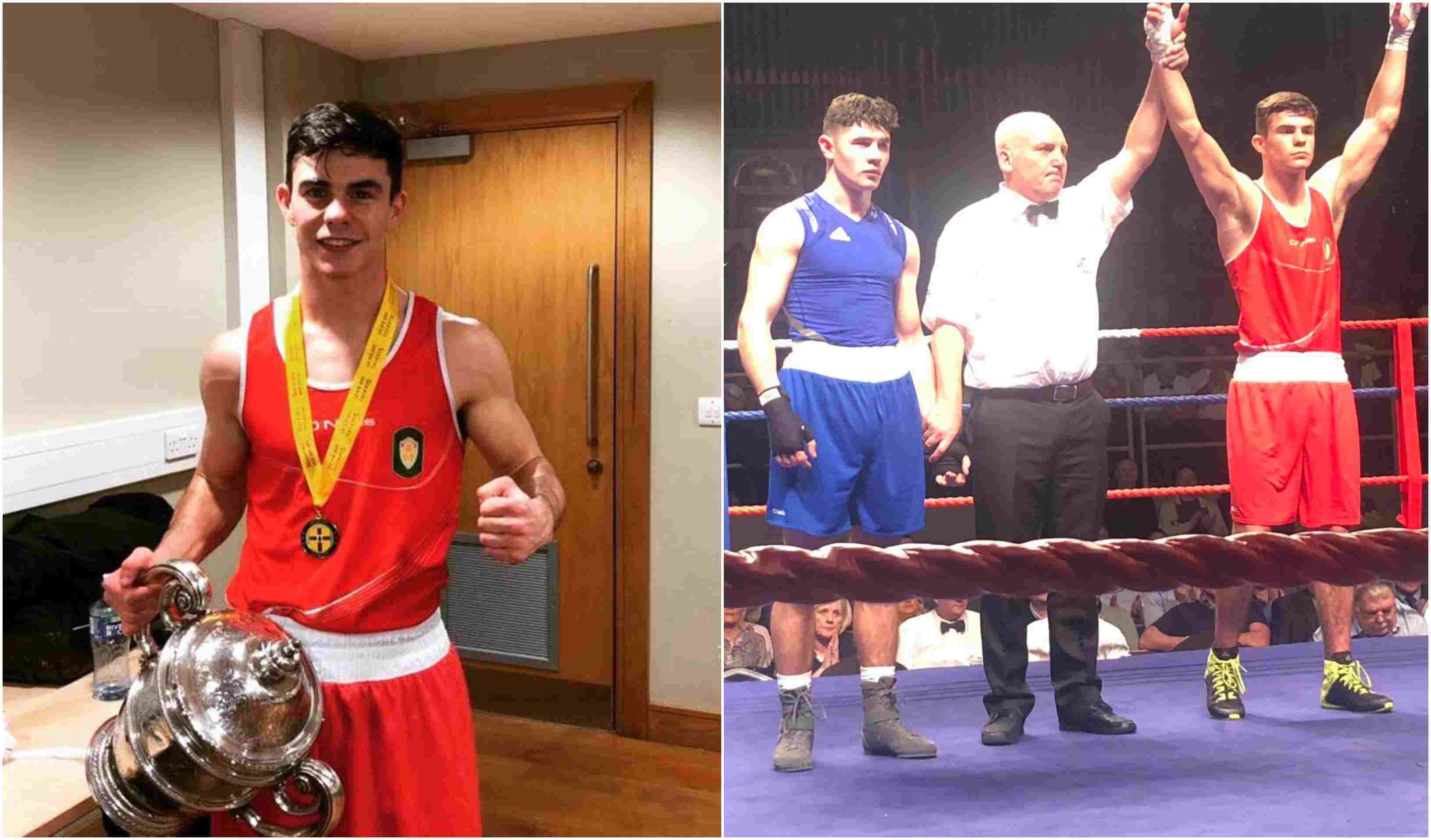 A Co Armagh boxer and Olympic hopeful landed a stunning one punch knockout at the Ulster Elite boxing finals on Saturday night which is being talked of as the KO of the year.

Mullaghbawn welterweight Eugene McKeever landed a thunderous right hand sending his opponent Tiernan Duffy sprawling to the canvas midway through the opening round of their bout at the Ulster Hall last weekend.

It was another Ulster success for the Holy Family man

Speaking to Armagh I, Eugene said he was “delighted”, however, “I didn’t expect it to come so soon, but I can’t complain.

“In this profession, you don’t get paid overtime,” he joked.

This week also marked Eugene’s 21st birthday with the south Armagh man saying it was a”perfect present” for himself.

McKeever has sights are firmly set on winning himself a spot on the Olympic team.

And the next step on that journey will be the Irish Elite championships in Dublin this February; where Eugene will face tough competition at the hotly-contested 69 kg weight class.

A win in February could see McKeever on the Olympic team which will travel to the Tokyo Olympics next year but his ambition does not stop there.

“After that, I plan on going professional,” he admitted. “I see it as a good way of earning money doing something that I enjoy.”

March will see further fights for the young boxer who will be representing Northern Ireland in New York.

The 21-year-old began boxing at the age of eight, through the “encouragement” of his father.

“My dad wouldn’t let me miss a single session near enough,” he recalled.

That journey started out of the St. Malachy’s Club in Camlough, before moving on to the Holy Family Club in Drogheda, where he has honed his style.

McKeever will be hoping to go one step better this year, and avenging his Irish final defeat to Oughterard’s Kieran Molloy.