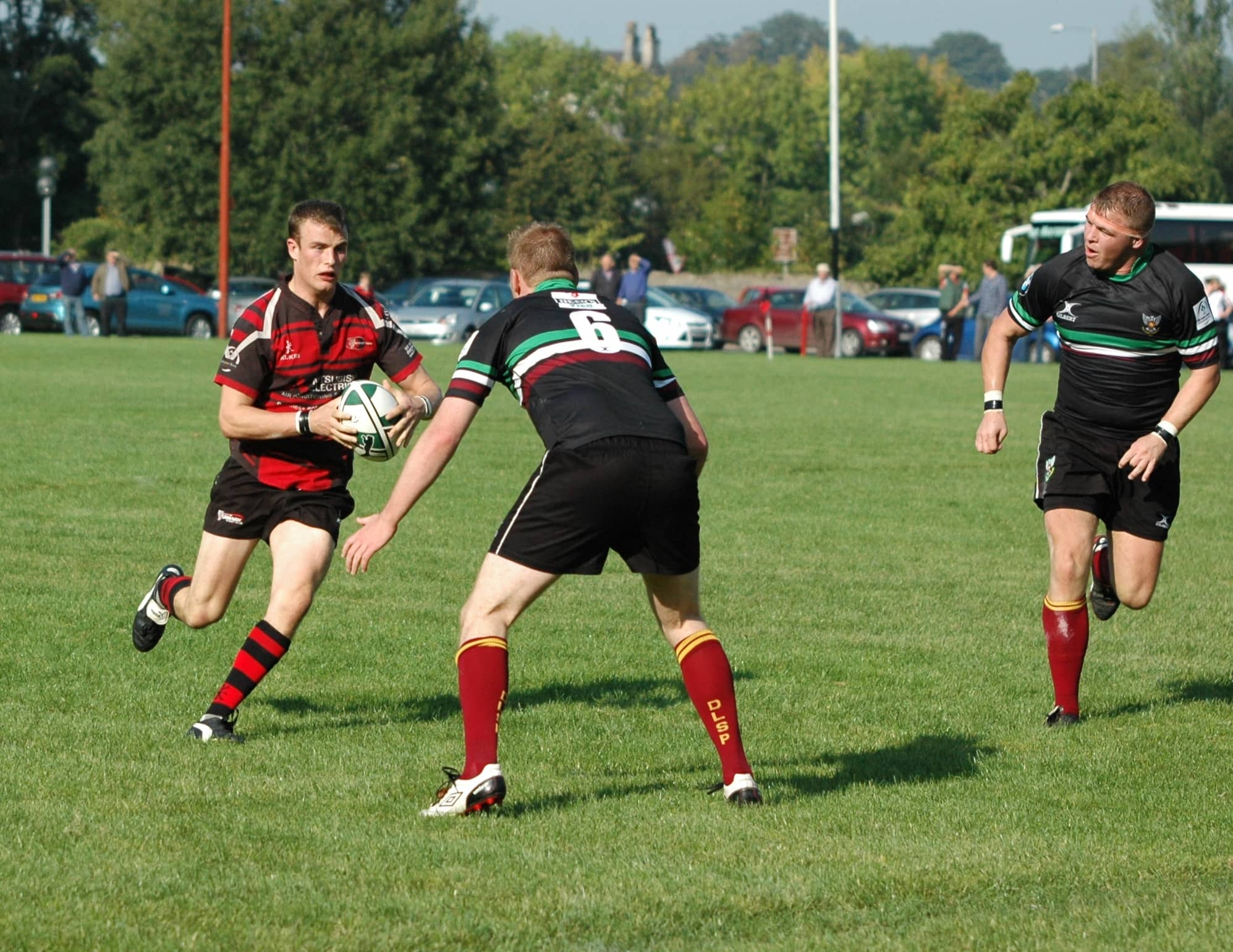 ARMAGH launched their 2013-14 campaign in The Ulster bank All Ireland League when they entertained DLSP at the Palace Grounds on Saturday afternoon.

To date the Armagh side have enjoyed only moderate success having beaten Dungannon but suffered defeats from Rainey and Banbridge twice!

The Armagh team exhibited real courage in last Saturday’s game against Banbridge and were unfortunate not to have won the fixture. All on the touch-line knew this resolution was going to be called on when playing the recently relegated Dublin side at the weekend.

The home side kicked off in glorious sunshine but faced into a slight breeze. Within four minutes Richard Reaney opened the scoring when he kicked a penalty when DLSP failed to roll away from a tackle. DLSP responded in the 17th minute when their flanker touched down after a period of sustained pressure. The try was converted to put the score at 3-7.

Armagh’s resolution was exhibited when they responded straight after the restart with left winger Stuart Lester rounding his opponent and running in a beautiful try from 60 metres. The conversion was on target to bring the half-time score to 10-7.

The visitors restarted the game after the break with 10 minutes of intense pressure as they camped on the Armagh line. It was a period when the Armagh defence was tested to the extreme. Eventually, however, their number 8 managed to dive through the Armagh forwards and touched down a try.

Shortly after the restart DLSP were penalised when a forward was deemed to have entered a ruck improperly in front of their posts. Richard Reaney managed to bring the points to 13-12. It literally couldn’t have been closer on the score board!

Armagh then showed their unique resolution and left winger Lester made a fine break, fed the ball to Richard Reaney, who, in turn, passed to Andrew Smyth who touched down at the posts. Reaney uncharacteristically missed the conversion but, with the score opening out to 18-12, the game was looking to go Armagh’s way, even if the margin was only six points. Just to emphasise this point the DLSP tight head prop forced his way over to bring the score up to 18-17. Again the conversion went wide.

Now with only a single point separating the sides the game was anybody’s. The Armagh determination showed when James Morton charged down a clearance kick and touched down for a try on the left corner. Again the conversion was off target but this opened out the score to 23-17.

With only minutes left to play DLSP kept piling on the pressure but to no avail and the final whistle saw Armagh retain the six point cushion.

Next week sees Armagh make the long journey to Cork, where they meet Sundays Well.

Coach Andrew Hughes will be keen to keep the team focused and, if they can continue to show the determination they displayed on Saturday, they will, most certainly, earn more league points throughout the campaign.

Pictured: Peter Elliott on the ball for Armagh against DLSP at the Palace Grounds on Saturday.