SONI launch Palyer of the Round Award for Ulster Rugby Premiership 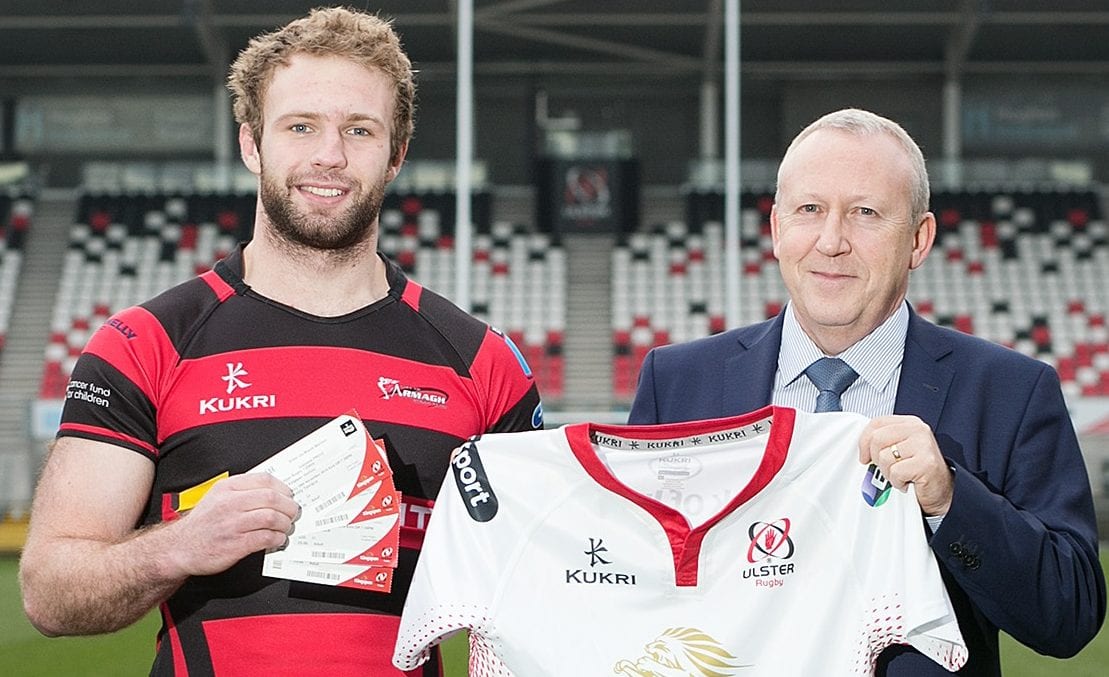 The ‘Player of the Round’ will be chosen by a panel of judges from SONI and Ulster Rugby with each winning player being rewarded with Ulster rugby tickets and official Ulster Rugby Merchandise.

Nick Fullerton, Senior Manager at SONI said: “SONI’s partnership with Ulster Rugby and the sponsorship of the SONI Ulster Rugby Premiership has enabled us to witness first-hand the incredible talent on show throughout domestic rugby in Ulster. Armagh RFC’s James Hanna with Senior Manager at SONI Nick Fullerton, launching SONI’s ‘Player of the Round’ at Kingspan Stadium

“We wanted to recognise and reward the players whose commitment and dedication to perform for their club is the reason why the game is flourishing on a community level. SONI is proud to so continue to support our partnership with the league through both our title sponsorship of SURP and the ‘Community Champions Award’. This is another small way of rewarding and recognising those involved in the domestic game.”

Neil Hanna, Ulster Rugby’s Business Development Manager said: “SONI has demonstrated an impressive level of dedication to their sponsorship since they came on board as title sponsors of the Ulster Rugby Premiership last year. The ‘Community Champions Award’ was an exciting addition to their activation plan and we’re delighted to see their continued generous support across domestic rugby with the ‘Player of the Round’ initiative.

The Ulster Rugby Premiership has a total of 11 teams competing in two Divisions across Ulster. The next round of SONI Ulster Premiership is due to take place on 31st December.