Richmond RFC 6 vs 0 City of Armagh 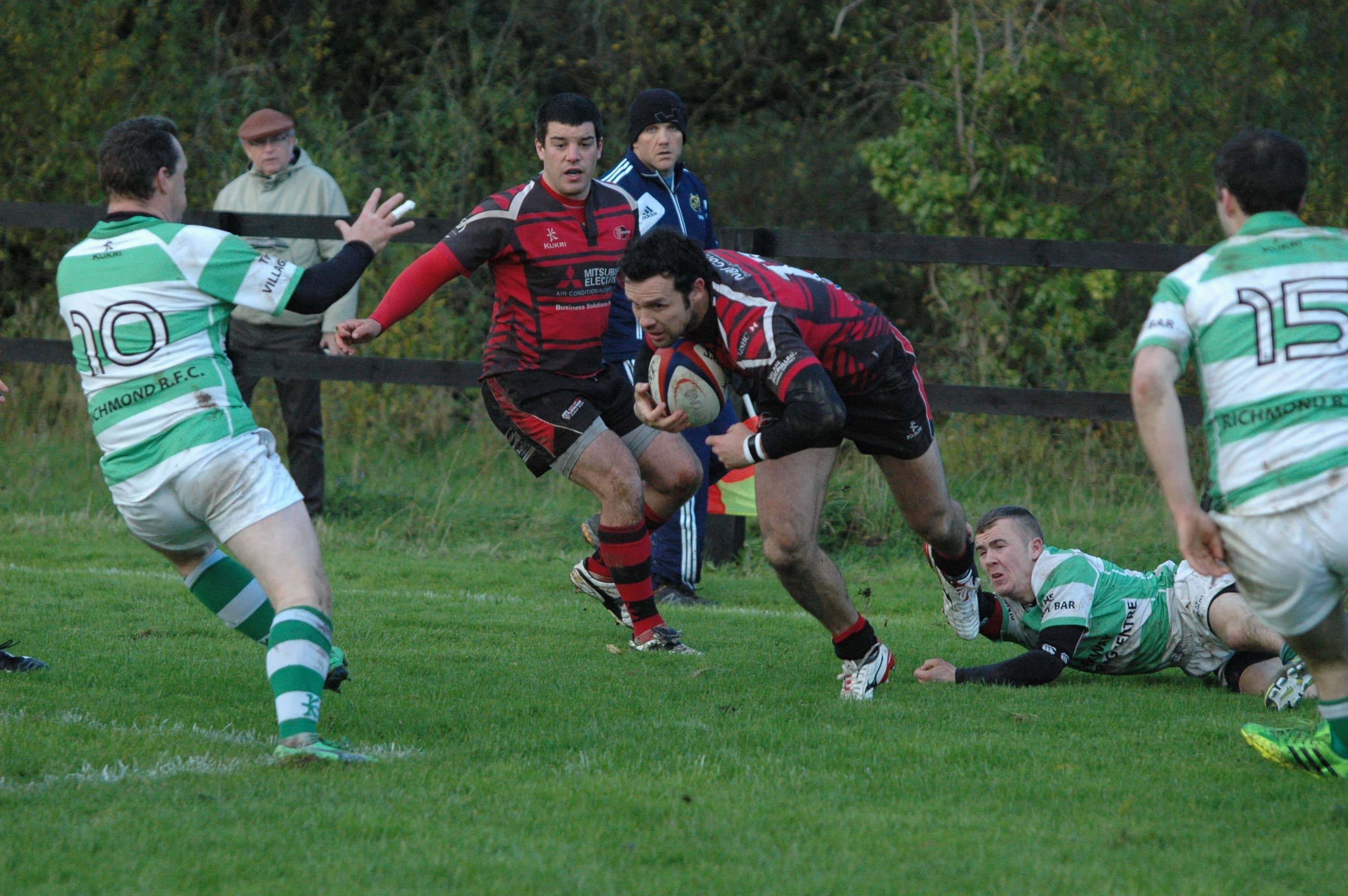 Armagh rugby supporters must appreciate that any trip into the Munster heartland always results in a strident confrontation.

Saturday’s AIL Ulster Bank League game against Richmond was no exception to this, especially when you introduce the filthy weather elements thrown at us.

To witness the wet, blustery, overcast conditions seen in Limerick certainly put any visiting rugby team on the back foot from the kick-off.

Saturday’s game was no exception to Munster’s proud rugby tradition but the surroundings were certainly less than salubrious in the sense that Richmond are about to start rebuilding their club facilities his week.

With this in mind the welcome extended to the Armagh supporters was unsurpassed and all present awaited the game enthusiastically despite the blustery conditions.

Bearing in mind that Armagh had played three games in the All-Ireland League so far this season and won all three whereas, Richmond had lost all three of their games.

This put Saturday’s as a formidable challenge to any visiting club to the Canal Grounds.
Armagh kicked off into the teeth of a gale and felt the pressure of the home team immediately as they started to move the game into a rolling maul type forward orientated game.

This was, obviously, the Richmond’s game plan – to keep the ball up front and keep picking and driving directly into Armagh’s defence.

This was seen to work well as the big Munster forwards were able to ‘bully’ the lighter Armagh boys about the park at their discretion.

After 18 minutes play, however, their discipline went a bit awry and after their no. 12 centre answered back to the referee they were reduced to fourteen men.

Armagh seemed to seize this opportunity to attack Richmond.

Seamus Mallon broke through a tackle and off-loaded to Stuart Lester who made a break down the pitch into the home ‘22’ only to be tackled by the Home full-back.

With the extra man on the field the Armagh began to gain the upper hand in set pieces to the extent that the home coach subbed off the tiring front row.

This assisted the home team and things went from bad to worse for Armagh when they were penalised for entering a ruck improperly. The kick was on target to put Richmond 3-0 ahead.

Two minutes before the break Mark Riddell was sin-binned for handling a ball in a ruck.
There was a definite sense of relief amongst the visiting support that Armagh had held the Richmond advantage to a mere three points in the dreadful conditions.

The consensus of opinion on the touch-line was that with the wind at their backs the boot of Richard Reaney and the nimble Armagh backs it was only a matter of time until the score board registered Armagh’s supremacy.

How misguided this opinion turned out to be was painful to say the least. Indeed, Armagh spent the greater part of the final forty minutes planted firmly in the Richmond ‘22’.

But try as they might they could not string any of the attacks to any real effect.

Too many handling errors and failed rolling mauls failed to put any conclusive results on the score board.

The only points scored in the second half came from the boot of the Richmond out-half when he kicked a second penalty to bring the final score to 6-0.

When all is said and done the game was won by a wiser, hardier side which used the home advantage and dreadful conditions to much better effect.

On the other hand, to leave Munster with a losing bonus point is a fair reflection of Armagh’s performance.