Remarkable season culminates in promotion for City of Armagh 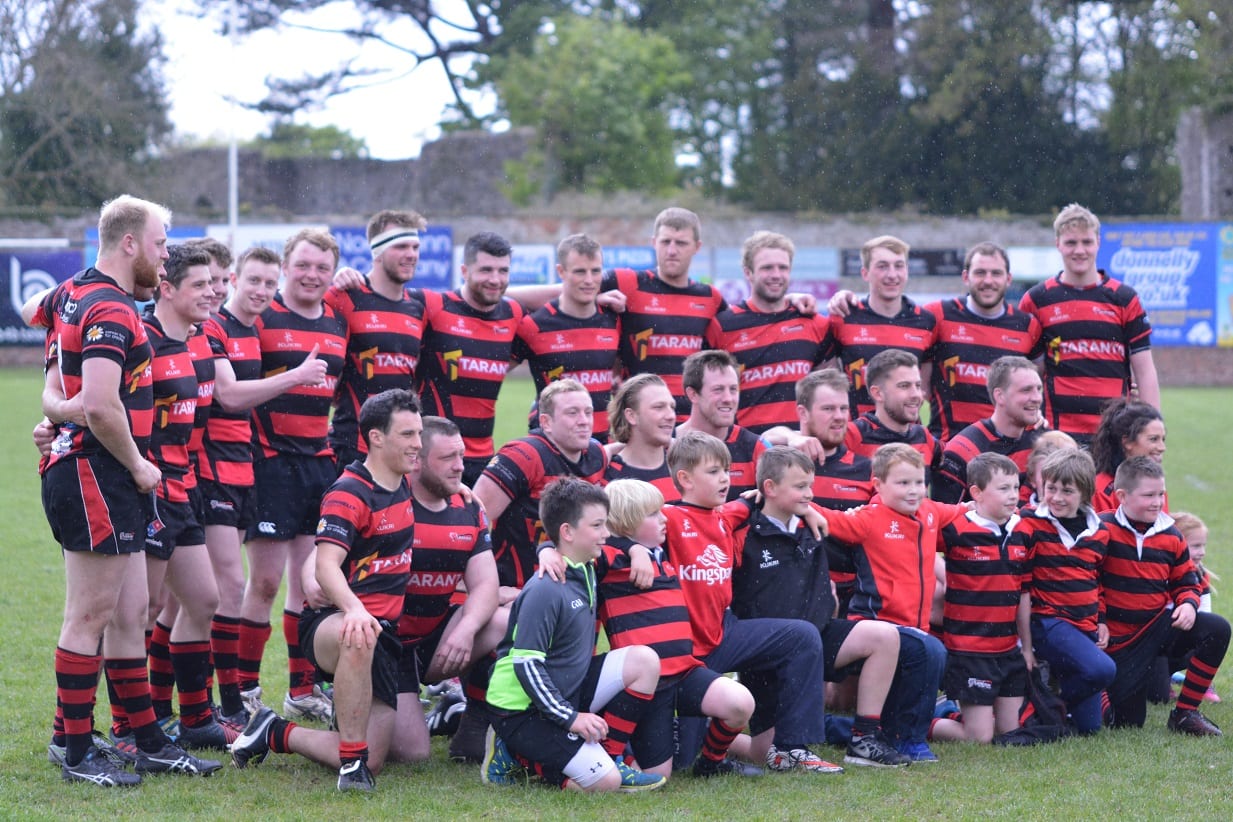 The Ulster Bank League Division 2A Playoff Final took place at the Palace Grounds on Saturday and it was City of Armagh RFC who were deserving winners on the day when they defeated Limerick side Old Crescent 21-10.

With the annual Armagh Mini Festival in full swing all morning, the organisers of the huge event had ensured the First’s pitch was cleared in time and the biggest home crowd in years had gathered for the eagerly anticipated match.

In dry, breezy conditions, Old Crescent kicked off with the wind advantage and in the opening minutes the visitors attempted a long range penalty from the halfway line. The kick fell short and Armagh took play up to the Old Crescent 22 but a turnover allowed the visitors to clear the danger. The home team were looking lively and number eight Neil Faloon made a line break from halfway and Ail Birch carried into the Crescent 22. The visitors killed the ball and Harvey Young opened Armagh’s account with a penalty in front of the posts for a 3-0 lead after 15 minutes.

Shortly after, second row James Hanna then made had a burst into the Crescent 22 and set up a good attacking position. Crescent stole a lineout off Armagh but then spilled the ball allowing Armagh to spin it wide. Centre John Faloon drew the defence and passed to winger Andrew Willis who kept up his good form by crossing for Armagh’s opening try. The conversion was unsuccessful but Armagh now led 8-0 after 25 minutes.

Old Crescent responded by putting the home under pressure in their own 22 and a penalty was quickly taken to try and catch out the Armagh defence, however, a penalty to the home team allowed them to clear their line. Just after the half hour mark, full back Tim McNeice collected a high ball in his own half and found space to burst through the defensive line and a try looked possible especially when Josh McKinley received the off load after brilliant support play. Crescent forced the big second row into touch to stem the danger, but Armagh’s pressure was rewarded on 35 minutes when their dominant scrum won a penalty which outhalf Young converted for a 11-0 lead.

Two minutes before half time Armagh gave a way a soft penalty for crossing and Shane O’Brien converted the kick to open Old Crescent’s account at 11-3 and this remained the score as the referee blew the whistle for half time.

Armagh started the second half with a brisk wind in their favour and in the first scrum, won the ball against the head. John Faloon and Andrew Willis looked to find a gap in the Old Crescent defence but the visitors were holding firm. Armagh had a good chance of a score with an attacking scrum 10 metres from the Crescent line but the visitors managed to steal possession and clear their line. In the 48th minute, Harvey Young was presented with another opportunity to stretch Armagh’s lead and the 30 metre penalty was converted to make the score 14-3.

The visitors then had a good spell of possession in the Armagh half and their pressure was rewarded on 55 minutes with a try by their number eight Brendan Guilfoyle. O’Brien converted and Old Crescent were right back in the match at 14-10.

Armagh introduced substitutes Fox, Miller and Swann and fresh legs encouraged the home team as Old Crescent knocked on the restart. A lineout on halfway produced a penalty to Armagh and Cormac Fox’s kick at goal just dipped under the crossbar. On 57 minutes the huge Armagh support were ecstatic when the home team conjured up their second try of the match. From just inside the Armagh half,

Ali Birch cleverly drew the defensive line out wide and passed to Andrew Willis for the winger to charge through on the angle to score a brilliant try from 50 metres. Fox kicked the conversion and Armagh now had a comfortable 21-10 lead. Crescent’s woes continued when winger McDermott was yellow carded for a late tackle on the try scorer. On 60 minutes a penalty to Old Crescent was reversed for foul play and McNeice, Hooks and Purvis all looked to break through for another Armagh try.

With 10 minutes remaining, Old Crescent never gave up and a series of penalties had Armagh under pressure in their 22 as their well-drilled forwards looked to drive over for a try. Prop Daryl Morton was sent to the sinbin but the Armagh team were defending well as Crescent failed to get a further score. Good tactical kicking from Fox brought play back to the Crescent 22 as the match entered the closing minutes. Old Crescent’s final chance to break out of defence was thwarted by a forward pass and the referee blew full time to leave Armagh victorious with the final scoreline, 21-10.

Celebrations began as the team’s promotion to Division 2A brought jubilant scenes from players and supporters alike. The coaching team remarked that the All Ireland League programme had been a tough journey but the players had now achieved the reward they had deserved. The team has had a remarkable season, losing only three matches in all competitions since August 27th last year. With Willie Faloon now taking over as Head Coach, exciting times lie ahead for the club as a whole.