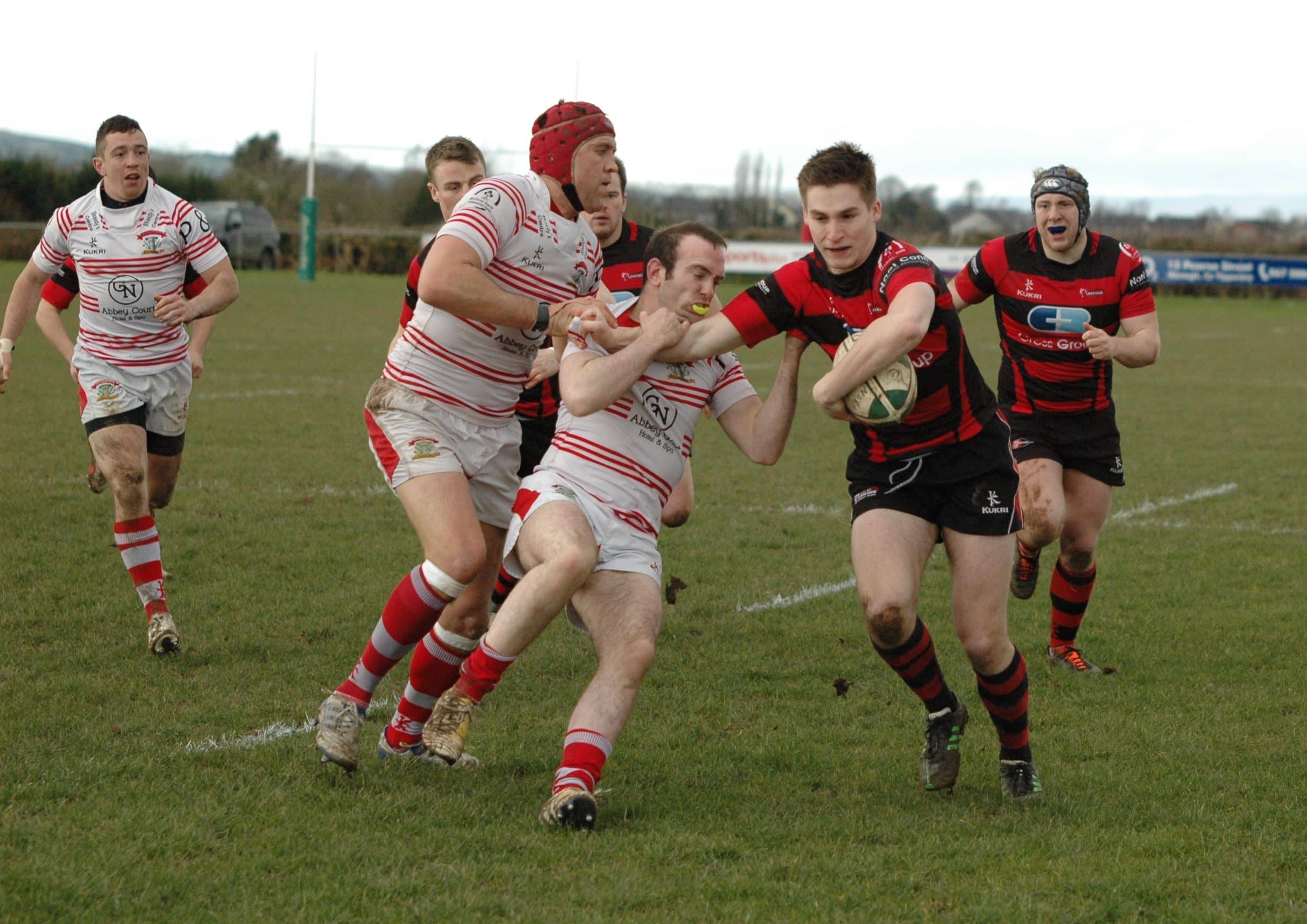 Nenagh have established themselves comfortably on the top slot of the All-Ireland 2b league to date retaining an unbeaten record and one drawn fixture. Armagh, on the other hand, are very conscious that they have under performed recently.

The tension prior to the kick off was evident as both teams were seen to warm up with an intensity seldom seen in amateur rugby.

Armagh kicked off and almost immediately launched a well controlled rolling maul to send flanker Mark Ruddell over for a beautiful try. All this with just three minutes on the clock!

For the first quarter, certainly, Armagh continued to dominate all aspects of the match but even the large crowd of travelling supporters were surprised when Richard Reaney scored a beautiful try under the Nenagh posts as he intercepted a careless Nenagh pass.

Needless to say the self same Reaney boot took the conversion to put the score to 0-12. Could this rampant Armagh side win this game?

Neenah, however, had different plans as they sent their South Seas number 8, Viapula, across the Armagh line. The conversion was on target to put the score to a tight 7-12. Before the break both sides kicked penalties to put the half-time score to 10-15.

Against the run of the game Nenagh score the first points in the second half from the boot of Dan Fogarty as he put over a penalty. But the true talent of Richard Reaney came to the fore as he put a penalty over from just inside the Armagh half to put the score up to 10-18.

The game continued at a frenetic pace with both sides giving their all. If anything the home team appeared to tire right up to the dying minutes. But sure enough, the Munster ethic came good! as Nenagh managed to land another penalty to bring the score to what everyone expected exciting conclusion  at 13-18.

The home team, again, had other ideas when they drew the solid Armagh defence & sent winger Rory O’Brien over to touch-down in the left corner. Guess what, the conversion from Nenagh’s Dan Fogarty was right on target to end the game at 20-18.

In the end of the day this was, by far, Armagh’s best performance of the season and if they can pull games like this out of the bag they deserve to promote themselves further up the league table.

Basically the Armagh side appeared to surprise themselves but they do have a unique style of rugby and are well capable of climbing to the top play-of league positions.

The large Armagh support was more than happy to leave Nenagh with a losing bonus point as this was always going to be a very difficult mountain to climb!

The Nenagh supporters were ecstatic with the win as they were openly hungry to get revenge from the two defeats they suffered from Armagh in the last two encounters.