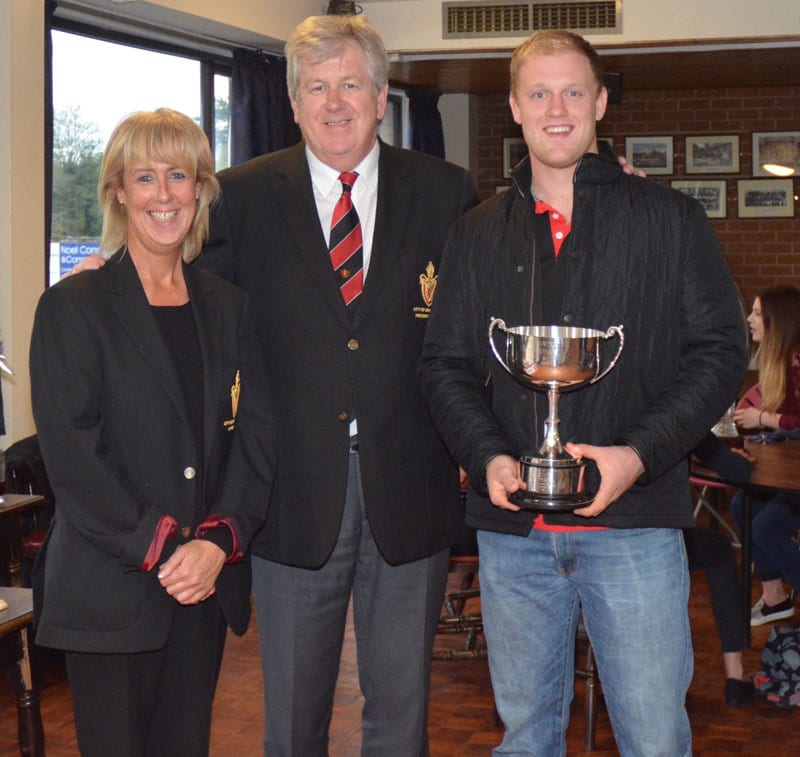 Neil Faloon awarded as outstanding player of the 2014-15 season

Both Armagh under 14s and 16s  lose at Kingspan

Both the Armagh teams lost out on cup glory this year when both were beaten in their respective finals recently at the Kingspan Stadium Ravenhill.

The under 14s were well beaten by an excellent Carrick side who ran in 5 tries to win by 31-5.

This result does not do justice to Armagh, who battled well in horrendous conditions at the home of Ulster Rugby.

Armagh fielded almost their strongest side with only Tim Henry missing due to injury and they fought bravely against a Carrick side who have only been beaten twice all season one of which included a great victory in Carrick for Armagh.

The difference this time in the final was that Armagh showed Carrick too much respect and allowed them too much room in the wide open spaces of Kingspan.

As a result the classy out-half Ryan Lyttle ran the show and was able to score 2 opportunist tries from deep within his own half and he combined well with his three quarters to assist in 3 other tries.

Armagh had their own chances and the back row of Sam Murray, Aaron Whyte and Cormac Houlahan worked hard at the breakdown to enable Cormac to barrel over for an excellent try to make Carrick realise that they were in a game. City of Armagh U14s at Ravenhill

Unfortunately a head injury to Lee Irvine disrupted Armagh’s composure and they were not able to unsettle a well organised Carrick side.

However this was a good season for armagh in that they were 3 rd in their league having played 16 league games won 13 drew 1 and lost 2. They amassed 400 points and conceded 235.

They had a great  run in the cup beating Civil Service, Portadown, Malone and Coleraine to get to the final and had Stephen Murphy, Aaron Whyte, Cormac Houlahan, Sam Murray and Dylan Nelson all considered for regional representative squads.

There were many highlights in the season but getting to Kingspan Ravenhill was the pinnacle for these 14 year old boys and their parents.

At the awards night last Friday Sean Hannaway was awarded best newcomer, while Cormac Campbell got most improved player.

Aaron Whyte fended off stiff opposition from Dylan Nelson, Sam Murray and Cormac Houlahan to win player of the year while great thanks should be given to Niall Chapman, Philip Doyle, Philip Agnew and Brett Nelson for coaching the side.

Again thanks should go to all the parents who supported the team in what was a memorable year.

The under 16s also suffered defeat at Kingspan in the final of their cup and this was a bitter blow to a team which didn’t lose a game for almost two seasons.

Again this match was played in horrible conditions which didn’t suit the Armagh three quarters and they went down by one solitary try to nil.

Their tough opponents Virginia have played Armagh 6 times in the past 2 seasons and know Armagh well. City of Armagh U14s at Ravenhill

They clearly had done their homework and had a game plan to nullify Armagh’s main threats and they tackled like demons to deprive Armagh of another double.

Virginia scored early on and defended their try line as if their lives depended on it. Armagh had plenty of possession but could not get that final pass to stick and perhaps took the wrong decision at times.

It didn’t help Armagh’s cause when their talented captain, Barry Finn, went off early in the second half with a serious leg injury. This proved a morale boost to Virginia and they went on to avenge earlier defeats from Armagh.

There were a lot of disappointed players in the dressing room after but this has been a remarkable team dedicated tonot only winning but playng attractive 15 man rugy amassing 608 points in their16 league wins and then winning the round robins by beating Ballinahinch in the semi-final and Enniskillen 48- 0 in the final.

Several players like Barry Finn, Paul Mullen, Shea O’Brien and Cormac Fox are in the Ulster under 18 development squad, Shane McKeever, Evin Crummie, and Aaaron Kennedy are in the under 17s squad and Nathan Rodgers, Ryan Morton and Tiernan O ‘Neil are in the under 16s squad. Not bad for a small provincial club.