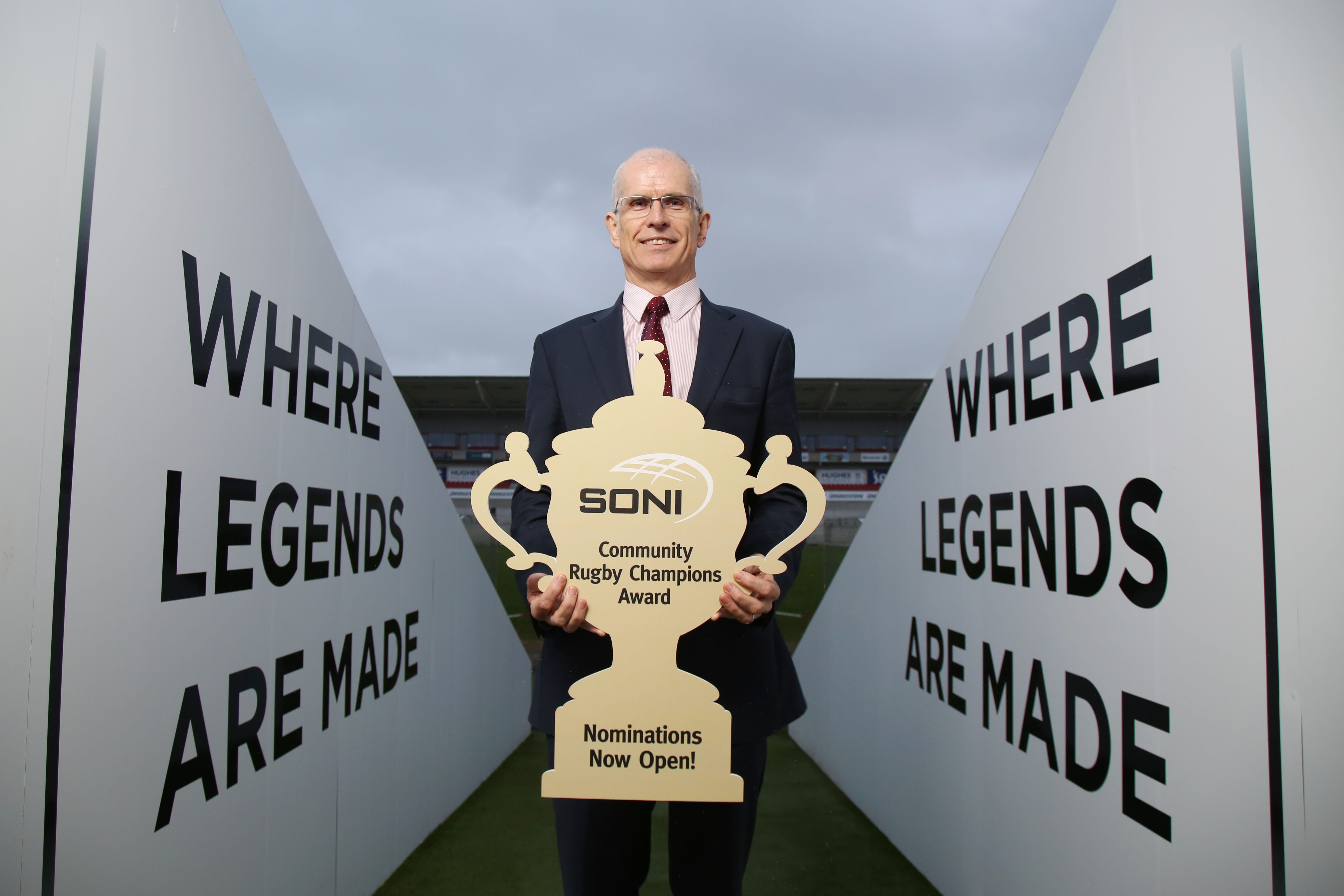 Entries for the SONI Community Rugby Champions Award will close at noon on Tuesday  (8th March) and organisers are calling for last minute nominations from the South region, which includes rugby clubs in Armagh, Portadown, Banbridge and Lurgan.

The award, which is a new initiative launched by SONI (System Operator for Northern Ireland) and Ulster Rugby, aims to honour and recognise the dedication of community rugby volunteers across Ulster.

SONI who is responsible for running the electricity grid across the Province launched the initiative at the beginning of the year following its recent announcement of its title sponsorship deal with the Ulster Senior League.

Four finalists will be shortlisted from four regions and will be invited to attend Ulster Rugby’s glittering end of year awards ceremony with three runners up receiving a £500 bursary for their local club and the overall champion winning £1,000 – as well as being crowned the SONI Community Rugby Champion.

But the clock is ticking says Robin McCormick, General Manager of SONI: “We want to ensure that all volunteers from across the Province have a fair chance to win the award and prize for their club and we’d love to see more entries for the South region.  I would encourage everyone to put forward a volunteer they know who is worthy to be crowned our champion.   We encourage entries across all disciplines, whether it’s the Head Coach, a young volunteer, fundraisers, minibus drivers or tea ladies – as long as they have been involved with the club for at least six months, they are eligible to enter.”

Judges will be looking for those who have made a positive contribution to their club and someone who goes above and beyond the call of duty for the love of the game and their club. Chris Webster, Domestic Rugby Manager at Ulster Rugby, encouraged those who know a hard-working and dedicated volunteer, to make sure the put them forward for nomination:

“Rugby clubs play a huge part in their community and they rely heavily on the dedication of volunteers, who don’t always get the recognition they deserve.

“The SONI Community Rugby Champions award is a fantastic way to recognise volunteers’ achievements and to say thank you for all their hard work, commitment and devotion to their local club.  The runner up bursaries and the overall prize would have a significant impact on local rugby clubs and I’d encourage all clubs to put forward volunteers.”

The deadline for entries is 12noon on Tuesday 8th March. Anyone can nominate by filling out the online application form, at www.ulsterrugby.com/communitychampions