Crucial four points for City of Armagh in Shannon shut-out 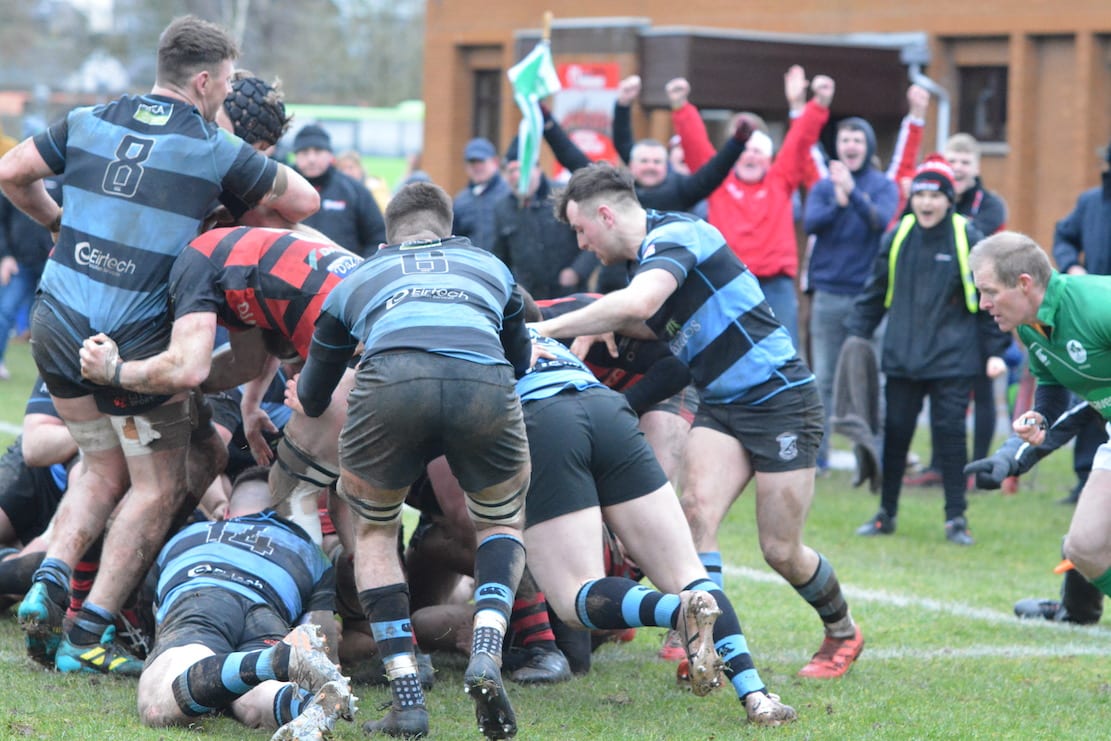 City of Armagh put in an immense performance on Saturday to defeat promotion contenders, Shannon and secured 4 valuable points in Division 1B.

The Shannon side were the league’s in form team with four wins on the trot, but it was Armagh that finally got their reward that recent performances had merited.

Conditions were horrendous at kick off time and Armagh had the advantage of a strong gale in the first period and would need to put points on the scoreboard. The home side started off on the front foot and a couple of minutes in, they stole a Shannon line-out on their 22. Their advantage soon stalled with a knock on and it was evident that conditions were going to make handling tricky all afternoon.

Shannon’s scrum half, Aran Hehir then made a 30 metre break from the scrum and kicked into Armagh territory. With Tim McNeice out injured, Shea O’Brien at fullback cleared the danger but the early signs showed Shannon were going to threaten Armagh’s defence at every opportunity.

The Armagh pack won their first scrum penalty of the day but then lost the lineout with the wind causing havoc, indeed the best tactic seemed to be to keep the ball in play as both sides lost possession out of touch in the first half.

Armagh’s Gerard Treanor cleverly put a grubber kick into the Shannon 22 to pin the visitors back in defence. This tactic paid off when an attempted clearance kick was charged down by Robert Whitten and the Armagh skipper touched town for the game’s opening try on 14 minutes. Out-half Cormac Fox kicked a fine conversion in tricky conditions to give Armagh an early 7-0 lead.

Following the restart, it was halfback, Hehir who took a quick tap penalty and looked to be in the clear to score but his final pass was knocked on and Armagh escaped. The home side then got back on the scoreboard on 20 minutes when Fox converted a penalty on the 22 metre line for a 10-0 lead.

Shannon then had an attacking spell in the Armagh half with two penalties in quick succession giving them momentum. Armagh however stole a crucial line-out five metres from their own line and Fox made an excellent clearance kick into Shannon territory.

With 34 minutes on the clock, Shannon conceded a penalty for offside on their 10 metre line and Fox struck a tremendous kick to stretch Armagh’s lead to 13-0. The first half came to a close with the scoreline unchanged.

Many Armagh supporters felt 13 points would not be sufficient as they faced the elements in the second half and Shannon restarted the game on the front foot.

A scrum penalty to Armagh relieved the pressure but the lineouts were still proving to be a lottery. The third quarter saw Shannon seek to get a foothold in Armagh territory but couldn’t get momentum with a knock on or a penalty being conceded by the Limerick side. Armagh’s defensive organisation was holding firm despite pressure from the visitors. 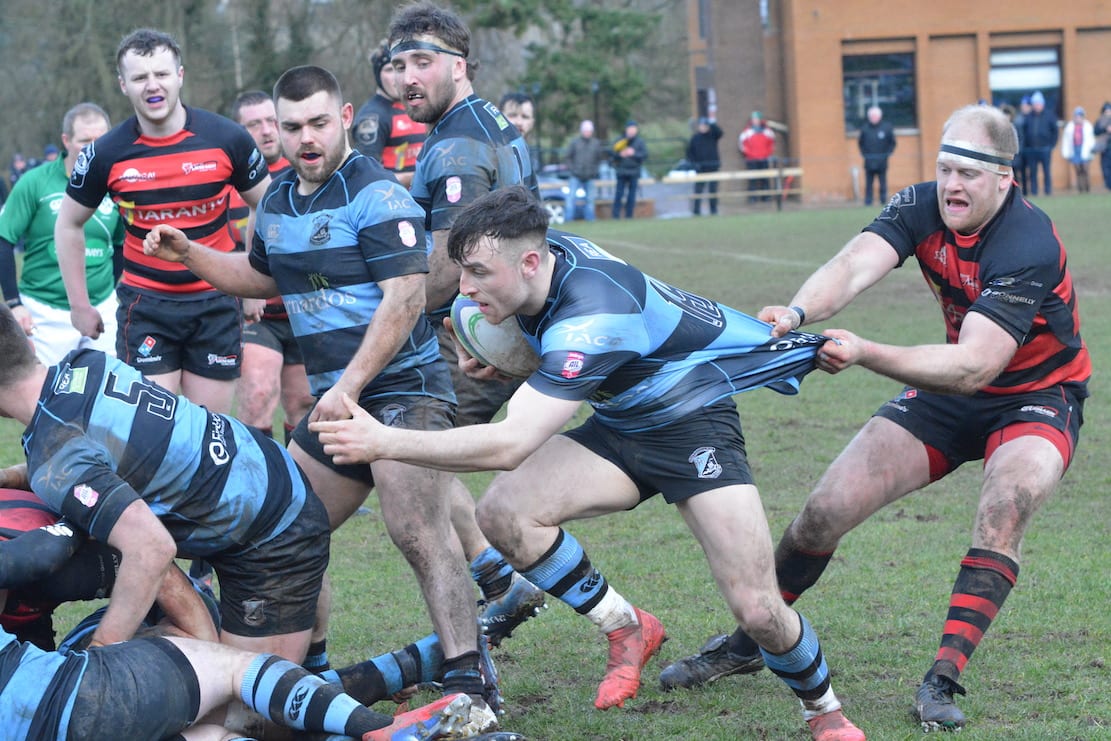 Shannon looked set to score on 63 minutes when Jake Flannery made a break in the Armagh 22 but the scoring pass was knocked on. Armagh then failed to clear from the scrum and Shannon stepped up the pressure on the home side.

The Armagh back row put in some great defensive hits and won a crucial turnover 2 metres from their own line. Shannon’s discipline was slipping and another penalty allowed Armagh to clear their line. From the line-out, Armagh moved the ball wide and winger, Andrew Willis made valuable ground bringing play into the Shannon half.

A penalty to Armagh for foul play then saw their referee march Shannon back 10 metres and Fox sent his kick down the touchline. The Armagh pack secured possession and set up a great driving maul. Shannon pulled it down and the resultant penalty gave Armagh a line-out 5 metres out. Josh McKinley secured the ball and the pack drove over the line for Neil Faloon to touch down for a crucial score. Fox’s conversion into the wind was unsuccessful but Armagh were now leading 18-0 with 73 minutes played.

The Munster side then returned to attack deep inside Armagh territory. They made good ground from a lineout maul and when Armagh were penalised for pulling it down, hooker Jonny Morton was sent to the sinbin.

Down to 14 men the Armagh side continued to defend resolutely. Shannon pushed for a consolation score and Tony Cusack was held up over the line. From the 5 metre scrum, Shannon went wide but Armagh pressure forced another knock on.

The final few minutes saw Shannon fail to break down Armagh’s defence and the full-time whistle went with the scoreline 18 nil in Armagh’s favour.

This was an outstanding performance by City of Armagh keeping Shannon to zero points for the first time this season. The team took their scoring chances and it was pleasing to see a solid scrum all day following the decisions that went against them in the previous match.

The coaching team were delighted with the match performance. Willie Faloon commented: “We got the result the boys had been striving for in our last few fixtures.

“Our performances against the top three sides in the league table have been really good and getting four points today is crucial for the league standing. The match was a tough physical encounter and I’m proud our boys stood up and delivered.”

Next up for City of Armagh is the Bank of Ireland Senior Cup Final at the Kingspan Stadium on Friday evening. Ballynahinch RFC are the opponents and kick off time is 7.30pm.