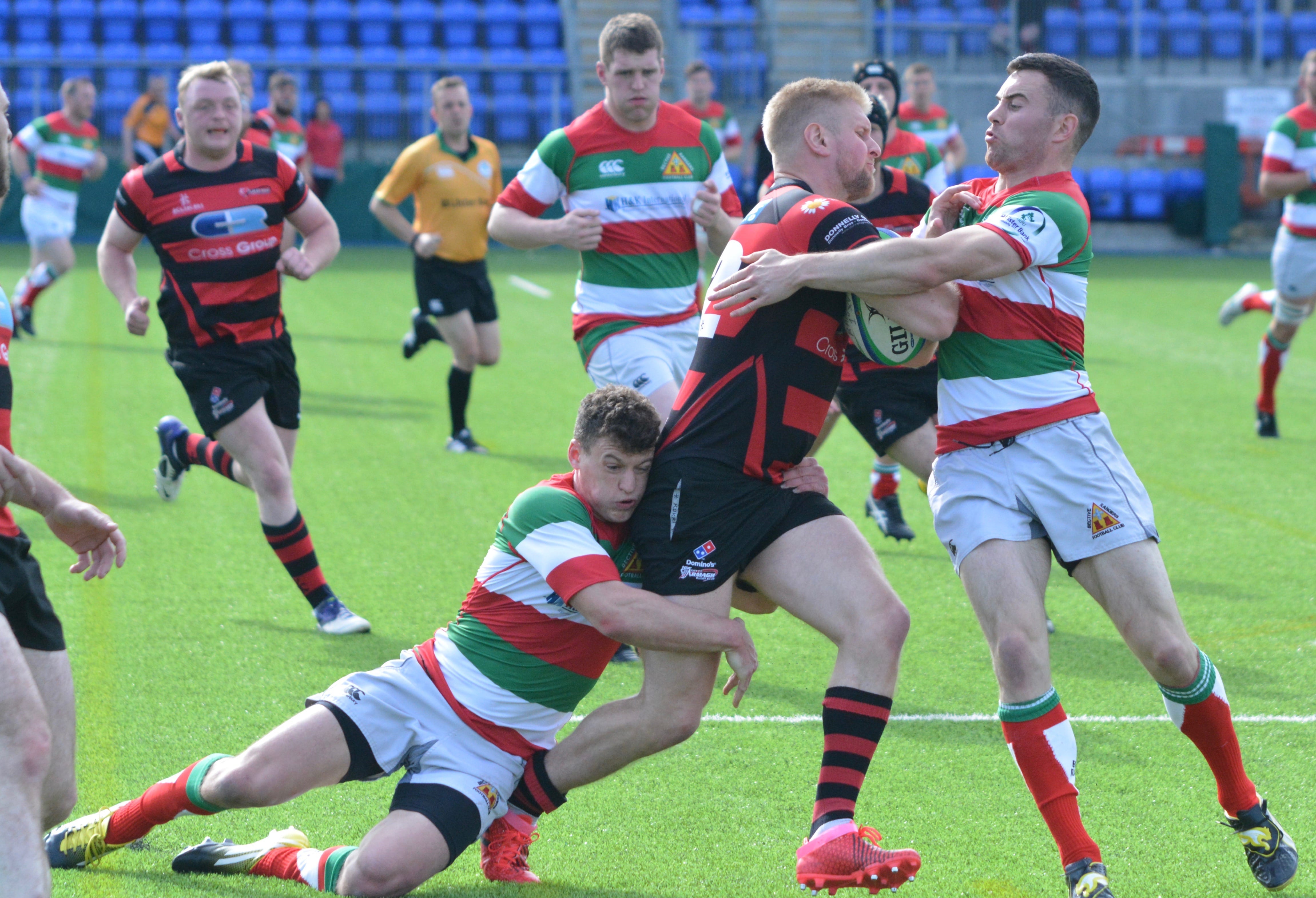 City of Armagh launched their 2016-17 Ulster Bank All-Ireland League campaign when they travelled to Donnybrook Stadium in Dublin to play Bective Rangers on Saturday.

The match was played in glorious sunshine in weather conditions more associated with the game of cricket rather than rugby.

Armagh travelled in a confident mood following their win against Dungannon the previous week, however they knew the plastic G4 pitch at Donnybrook would give the home team an advantage.

Outhalf, Johnny Pollock kicked-off for Armagh and the visiting pack exerted some early pressure on the home team. Following a pick up from the base of a scrum, Bective were penalised for a dangerous tackle on Stephen Morton in front of the posts.

Armagh took a quick tap penalty but managed to fumble and an early opportunity was lost. This impatience was eventually suppressed and Bective were penalised inside their 22 once again. Pollock’s kick was on target and Armagh were ahead 0-3.

From the re-start the Bective out-half and team captain, O’Grady, sent a fine kick deep into the Armagh 22 and an unfamiliar bounce caught the visitors out, but they were able to clear the ball out of defence.

Bective seized advantage of any loose ball and used their backs effectively to keep Armagh pinned back in their own half for lengthy periods.

After 23 minutes play, Andrew Willis made a strong break down the left wing and fed the ball to James Morton who dived over to score Armagh’s first try, just to the left of the posts. The conversion was just wide and the visitors led 0-8.

Shortly after the re-start, Stephen Morton made another strong break in centre field and off-loaded the ball to number 8, Neill Faloon. Daryl Morton was up in support and dived for the line only for the referee to judge he had been held up by several Bective defenders. A nasty cut saw the prop leave the field for attention.

he visitors were not to be denied however and from the resultant 5 metre scrum, Neil Faloon scored Armagh’s second try. Again the conversion brushed the wrong side of the upright to leave the score at 0-13.

Bective continued to pose a threat but Armagh’s defence held firm and the first half ended with the score at 0-13 to the visiting team.

The home team started the second half with renewed determination and attacked Armagh with vigour and were rewarded with two converted tries in the third quarter. Second row Oisin Lennon was the first to charge over followed by winger Richard Dunne and suddenly Bective were leading 14-13 with twenty minutes remaining.

Armagh knew they had to raise their game for the final quarter to save a match they had largely dominated.

Captain, Ali Birch, led by example and following good pressure by his pack, he forced his way over for a try just right of the Bective posts. This time the conversion was successful to bring the score to 14-20.

After a further five minutes pressure from the visitors, Bective were penalised for handling in a ruck and Pollock’s kick was accurate to stretch Armagh’s lead to 14-23.

The crucial match winning bonus point try was scored when Armagh’s substitute left winger, Kyle Faloon, skipped around his opposite number and touched down under the posts. The successful conversion finished off the scoring at 14-30.

Right up to the final whistle, the Bective team continued to play with resolution and never gave up.

Following the result, the Armagh coaching team were keen to praise the team’s ability to raise their game after falling behind and they named full-back, Timmy McNeice as man-of-the-match for his rock steady defence and accurate clearances.

Next week the Armagh team entertain City of Derry at home in another Ulster Bank All Ireland League fixture.