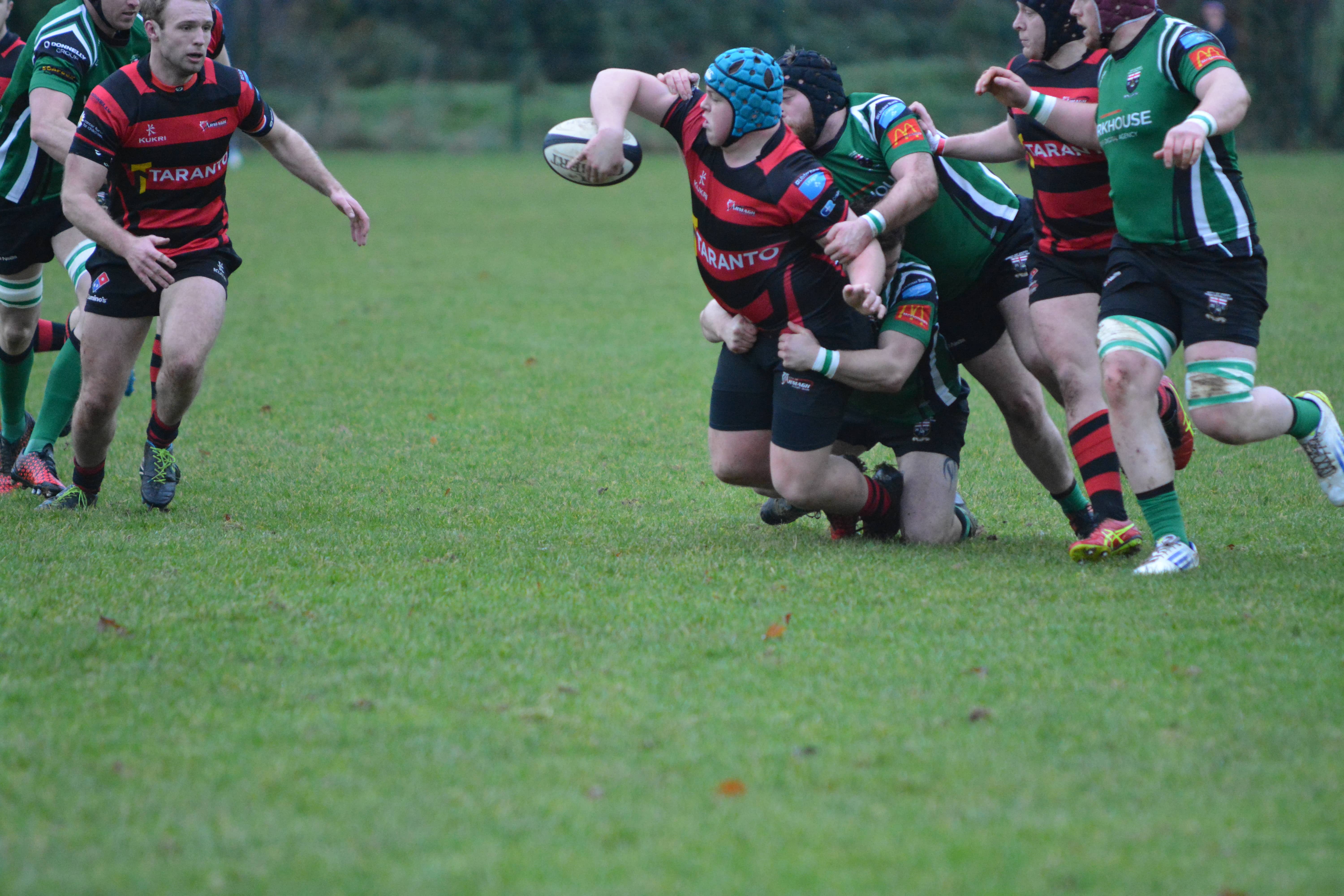 For the second successive week City of Armagh RFC scored over 50 points in the SONI Ulster Premiership with City of Derry suffering a heavy defeat at the Palace Grounds on Saturday.

The home team scored nine tries with five conversions for a final scoreline of 55-7.

The kickoff time was put back 45 minutes as the referee was delayed in getting to Armagh and it was 3.15pm when the visitors kicked off in front of a large crowd of supporters.

As was the case against Ballynahinch, the Armagh coaching staff had rotated the starting fifteen with a number of players being rested and a senior 1st xv debut was given to Ireland U19 prop, Paul Mullan.

Conditions were favourable for running rugby and Armagh set their stall out from the early stages. An early break by centre Harvey Young should have opened the home team’s account but the overlap was not used. On 12 minutes good driving play by the Armagh forwards brought play into the Derry 22 and quick ball left saw full back Ryan Purvis cut in for the first try of the match. No conversion gave the home team an early 5-0 lead and Derry should have got their first points on 15 minutes but a penalty in front of the posts hit the left upright and Armagh cleared to safety.

John Faloon on the right wing was asking questions of the visitor’s defence and second row James Hanna broke clear but was called back for crossing. City of Derry were showing enterprise and were keen to move the ball at every opportunity. The home defence held firm and Purvis was clearing his line well. The second quarter was evenly balanced with Armagh having territorial advantage. A knock on prevented a score by number 8 Faloon after a powerful scrum from Armagh.

It was 36 minutes before Armagh got their second score and scrum half Harry Doyle got the touch down following good interplay between backs and forwards. Outhalf Cormac Fox converted to give Armagh a 12-0 lead.

From the restart, James Hanna made a break and Philip Fletcher carried strongly. A great pass from John Fallon saw Harvey Young make a lightening break and he passed to winger Kyle Faloon to score in the corner and Fox’s conversion made it 19-0.

On the stroke of half time Armagh got their bonus point try when Neil Faloon burst through from close quarters for an unconverted try.

The half time whistle went and Armagh’s three tries in five minutes gave them a comfortable 24-0 lead at the break.

The second half started and the home team introduced Matty Wright at scrum half. Within two minutes Kyle Fallon broke from his own 22 and made a searing 70 yard break up the middle of the pitch beating the Derry defence to score a superb individual try. Fox converted to make the score 31-0 and things looked ominous for City of Derry.

The visitors did make their presence felt but Armagh’s defence was holding firm. Derry were punished again in the 48th minute when Fox put in a lovely crossfield kick for John Faloon to secure possession and dart in for try number six and  36 nil. Hooker David Swann was next on the score sheet when he burst over following a terrific break into the Derry 22 by second row Stephen Morton.

The home team’s mobility was demonstrated when second row James Hanna scored a fine individual try after a 30 metre burst through the Derry cover defence. The conversion from Fox brought the scoreline to 50-0. The home team continued to dominated although uncontested scrums were introduced for the final ten minutes. Armagh got their final try of the day four minutes from full-time and full back Purvis secured his brace when he cut a nice line to score at the corner flag.

On eighty minutes City of Derry showed their fighting spirit when number 6 Joe Dunleavy scored a consolation try for his side. The conversion from Henderson was met with the full time whistle and the final scoreline was 55-7 to City of Armagh.

A highly entertaining game was enjoyed by the home supporters and the Armagh coaching team were pleased overall with the performance after a sluggish start. The squad’s strength in depth was in evidence with several players stepping up to show their ability.

Next Saturday City of Armagh play their final match in the SONI Ulster Premiership with a difficult fixture away to Ballymena and the team find themselves in joint top position alongside Ballynahinch. It is hoped a large crowd of Armagh supporters will travel to support the team in what could be a memorable encounter.