City of Armagh Seconds cruise into semi-final of Towns Cup 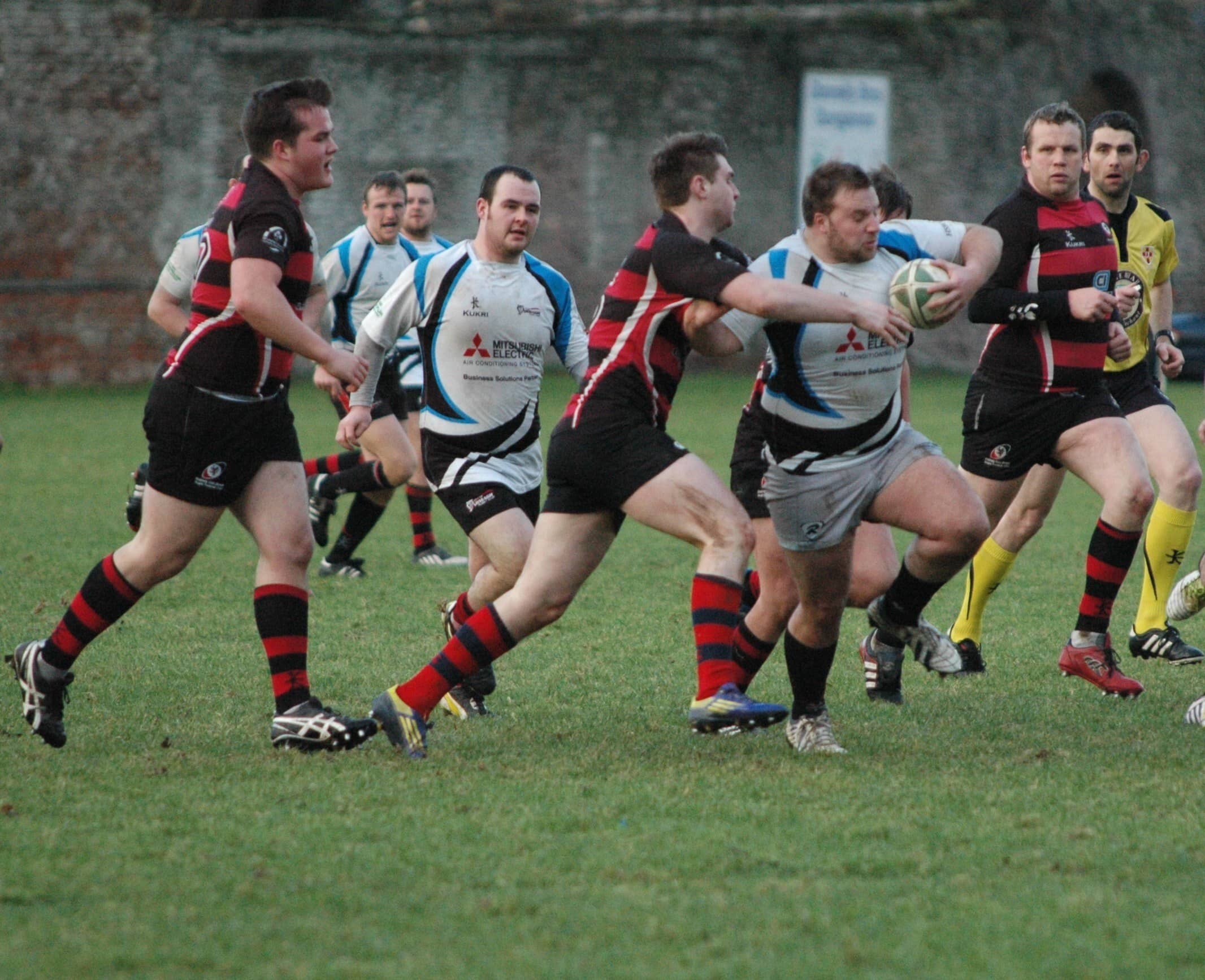 Armagh Seconds travelled to the Cran in Fivemiletown on Saturday to play Clogher Valley in the quarter final of the River Rock sponsored Towns Cup.

Both teams had already met this season at the Palace Grounds in the conference league when the game finished 18-18 after a last play converted try by Armagh.

With this in mind, Armagh kicked off playing up the slope and from the start the visitors took play straight up to the home 22 where the referee blew for a Clogher infringement.

Harry Boyd stepped up to convert for an early 3 points to give his side an early boost of confidence.

However, several Armagh mistakes later, Clogher had a line-out 10 metres out and sure enough after several pick and drives, Wilson drove over for a converted try for Clogher to lead 7-3.

Undeterred, Armagh upped their work rate and again took play into the Clogher half with TC Campbell and Boyd keeping play at a high tempo with Gemeno and Crozier making the hard yards in the centre.

On 21 minutes, after carries from Willie Martin, McNeice and James Morton, Campbell darted over after a quick tap penalty to touch down.

With Boyd’s conversion, Armagh had regained the lead at 13-7. Clogher were providing stiff resistance in the tight with Armagh having to regroup at times behind the gain line.

On 28 minutes Barry Finn who had moved out to play on the wing after Karlsen retired injured, took a long pass and made ground up the touch line. When tackled, he off-loaded to Faloon who raced up the pitch, beating the fullback on his way to touching down at the posts.

With Boyd’s conversion good, Armagh had stretched their lead to 20-7. The Armagh backline continued to look lively with McKeever receiving ball out wide and taking play into the Clogher 22 where he found Gimeno with a return pass for another try at the posts, 27-7. Armagh infringed shortly after for Clogher to set up position in the corner for a 5 metre lineout.

A well executed lineout catch and drive led to another home try which was converted just as the whistle went for halftime with Armagh now ahead, 27-14.

The interval allowed Armagh to reorganise their ranks as several players were playing out of position. On the restart, Clogher played with renewed vigour to try and close the gap further.

With play brought into the Armagh 22 for a period of time, a well organised defence was able to clear the danger. Boyd added a penalty for the visitors on 62 minutes and a few minutes later when play was taken into the home 22, Campbell chipped through for McKeever to gather and touch down and Boyd’s conversion brought the score to 37-14.

With the visitors in full flow at his stage, Clogher lost possession in midfield and the ball was snapped up by Boyd who set his backline in motion.

Crozier took a pass to go over mid-way out increasing Armagh’s lead to 42-14.

The scoring was completed when Boyd and Gimeno were involved to put McKeever in the clear for the winger to get his second try.

The referee blew for full time with the score at 47-14 to Armagh. This was a good test for the young Armagh side as Clogher’s physicality provided a challenge for the forwards which they met and in turn were able to provide their free-flowing backline with plenty of possession.