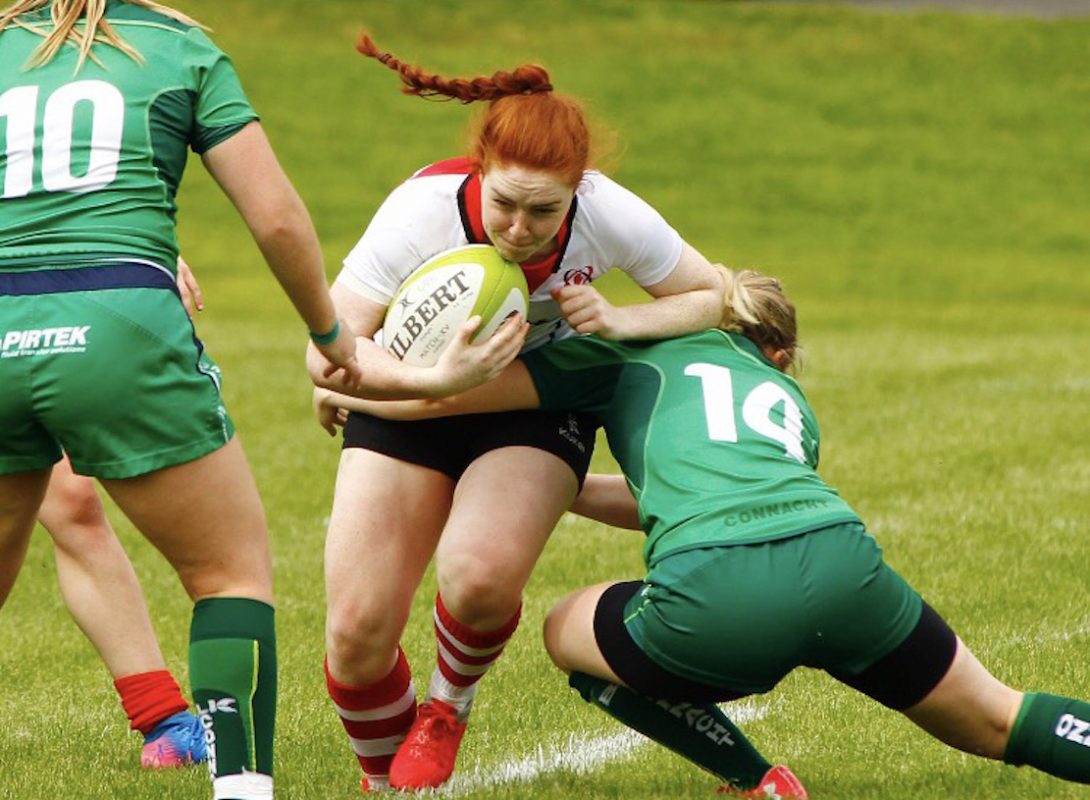 City of Armagh RFC is delighted to be chosen to host, both the Ulster U18 and Senior team for their first home fixtures of the season in the inter-pro series. The squads, both sponsored by Deloitte, will face Leinster at the Palace Grounds on Saturday 24th August.

Rugby fans will be in for a feast of rugby that day, the first match kicking off at 3.00pm with Ulster Under 18 Girls against their Leinster counterparts. There will be great interest in this match, with local Armagh U18s player, Jenna Corkey fighting for a starting place in the 23-player squad.
Jenna has been playing rugby at the club for a number of years through the girl’s age grade section, in which she has grown strength to strength. After her solid performance in the 7s interprovincial series earlier this year, she was selected for the Irish 7s Summer training squad.

There is also a local connection with the Ulster U18 Girls side being coached by Armagh girl Zoe Templeton, in tandem with Charlie Farrell from Dungannon.

Ulster U18 backs coach, Zoë commented: ‘Girls rugby in Armagh continues to thrive due to the dedicated volunteers and a strong player base.
The match against Leinster will be a real challenge, however we look forward to the fast flowing, physical encounter’.

The second match of the day will kick off at 7:00pm, when the Ulster Senior Squad will take on last year’s interprovincial Champions, Leinster.

A number of the senior Ulster players started their rugby career in Armagh, with Vicky Irwin, Emma Kearney and Lesley Megarity all named in the 30 player squad for the inter-provincial series fixtures.
Looking ahead to the Series, Ulster Women’s Performance Coach Derek Suffern commented:
“Preparations have been going really well. We recently played a friendly game against Connacht where we used 33 players and a lot of good young talent who are putting pressure on some of the senior players from the past couple of seasons. So, everyone is working really hard and we’re really looking forward to the challenge of the Inter-pros this year.”

City of Armagh rugby club wish both squads the very best of luck in their upcoming series and look forward to welcoming all players and supporters to the Palace Grounds on match day.