City of Armagh remain second with 20-7 victory over Greystones 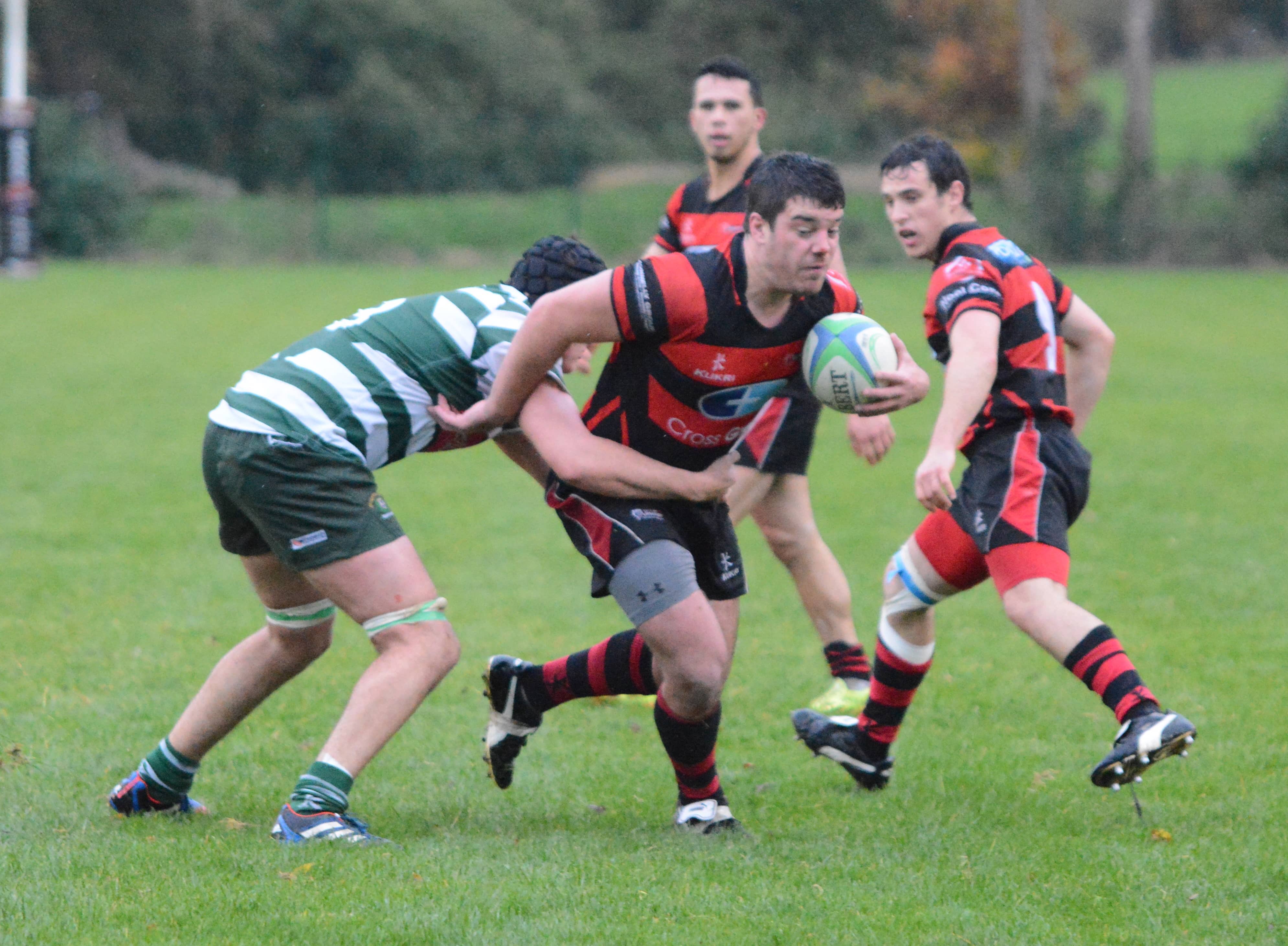 With their 100% winning record in the Ulster Bank All-Ireland League at stake Armagh entertained the south Dublin Greystones team on Saturday afternoon.

With this memory fresh in their minds Armagh regarded this fixture a a real test of their current 2014 season’s form. Over the past few seasons Greystones’s form has been regarded as a yardstick to judge team’s form in the 2B Ulster Bank League.

It should also be noted that Greystones has produced international stars like Tony Ward & Reggie Corrigan. Saturday’s game kicked-off in glorious conditions with bright sunshine but a swirling, changeable breeze influencing all aspects of the game. Just nine minutes into the game saw Armagh’s lock forward, Willie Martin, break loose and touch down close to the Greystones posts.

Matthew Steenson’s conversion put the home team 7-0 ahead. Not to be out-done, Greystones responded with a try from Cormac O’Donaghue and a conversion from Kurt Straghan to level the scores.

Armagh then showed some excellent phases of play and appeared to be slowly but surely taking control of the game.

The forwards were beginning to consistently win the set pieces and were able to supply the home backs with good service.

To add to the discomfort of both players and spectators the threatening rain shower had settled into what could only be described as a heavy downpour.

This resulted in both sided committing numerous handling errors. Despite the home team’s dominance the score still remained at 7-7 at the half-time break.

As the game progressed into the second half Armagh continued to assert their control. This was assisted when Greystones lock forward was yellow-carded for rucking improperly.

Armagh’s substitute kicker, Lorchan McGillan, was accurate with the resultant penalty to put the home side 10-7 ahead.

Armagh’s flanker/captain, Mark Riddell then forced his way over the Greystone’s line to score a fine try and effectively seal the result. This try was converted by another accurate kick from the boot of Lorchan McGillan.

The final points were scored again from Lorchan’s boot when Greystones were penalised by referee, Chris Harrington, when a forward was seen entering a ruck from the side. These points opened out the final score to to 20-7.

This win enables the young Armagh side to retain both their 100% league and second slot in the League table.

They are still the only side to have won four games from four and have fairly and squarely asserted their position in the 2014/05 season as being the team to watch. Their ability to take control of games by utilising the talent of both their forwards and backs.

All the Armagh supporters were again entertained to a spectacular display of fast, open Rugby and look forward to next Saturday’s game against League leaders Highfield.

It should be remembered that the last time these two sides met was in the ill-fated 1997-8 season when the Munster side visited The Palace Grounds and won convincingly.

Time will tell if the home side’s recent match-winning form can be repeated. If any rugby fans wish to see an open, fast display they should get to The Palace Grounds next Saturday for the 2-30pm kick-off!