City of Armagh record comfortable 27-5 victory away to Sligo 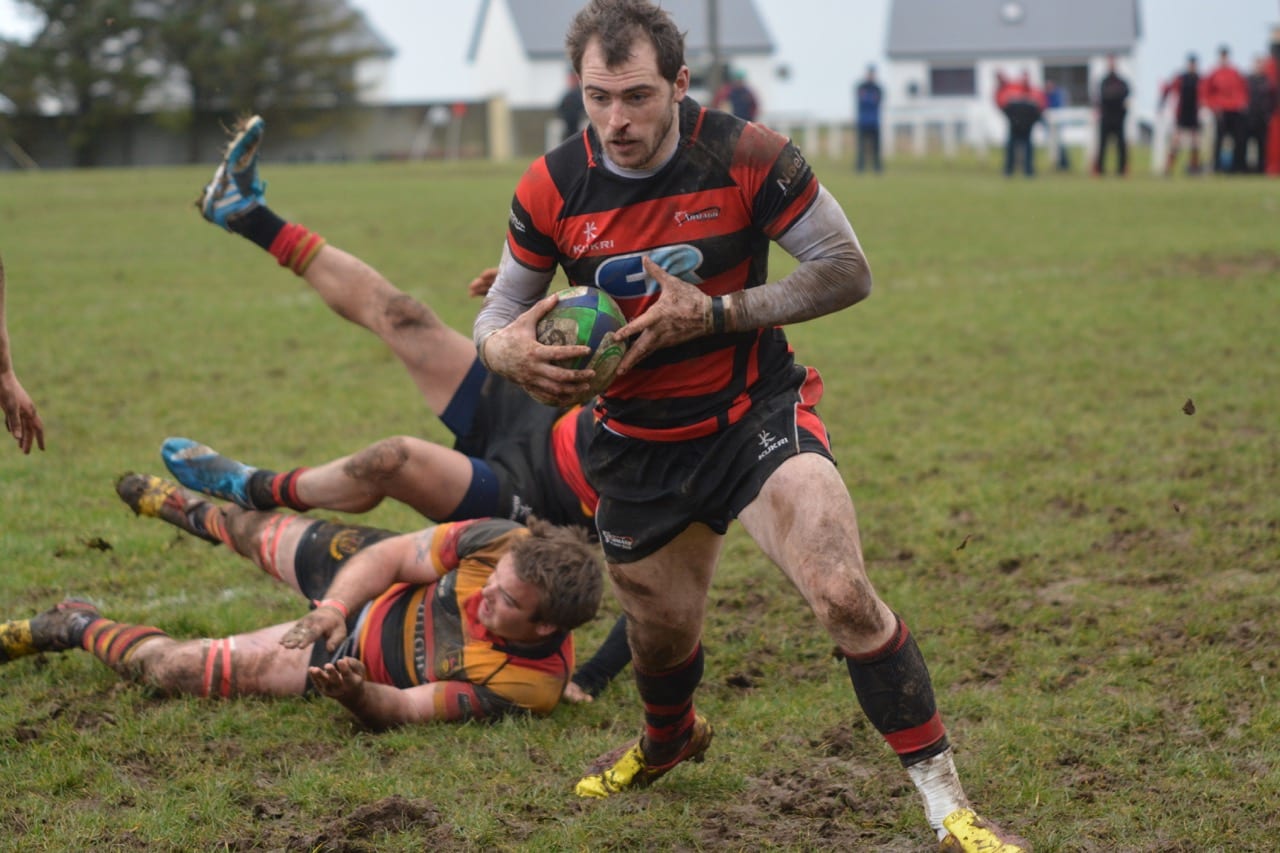 All week we had heard warnings from the Met. Office telling us of the deep depression that would veer in from the west over the week-end.

They warned us of blustery winds, rain, even snow lay ahead to the unwary as they headed west to Sligo for the thirteenth game in the Ulster Bank All-ireland league.

After their recent lacklustre performances Armagh had slipped from a sustainable third slot down to a mid-table sixth position. Team coach, Andy Hughes, summed up last weeks ‘silly’ loss to Bruff as ‘simply clueless.’

He felt this was a fair assessment of his teams home defeat at the hands of the poorish Munster side. Just how such a side could travel north and steal four league points from Armagh on The Palace Grounds was embarrassing to say the least!

This result meant that Armagh set off wet to Sligo fully aware that if they lost this game any aspirations of ending their season in the targeted top four slot were all but gone!

The team assembled for a team breakfast in Enniskillen and from the somber atmosphere it was obvious that the boys were intent on making a point on Hamilton Park Sligo! Bearing in mind that it was on this very pitch that Armagh were relegated out of All-Ireland rugby in 1997 this game became all the more relevant as the day wore on!

Sure enough, as the team warmed up, Bara Best’s predictions rang true. There was rain, a strong & bitter westerly wind, with a sky threatening even worse to follow.

Armagh kicked off with this wind at their backs and within seven minutes they were awarded a penalty after a Sligo forward entered a ruck from the side.

Andrew landed the kick from almost half-way, judging the wind perfectly to put Armagh 0-3 ahead. To illustrate the foul conditions an up field kick from Magowan well inside his own ’22’ went dead as it crossed the Sligo dead ball line!

From the re-start Sligo sent the ball into touch deep inside Armagh’s ’22’. From the resultant line-out Sligo gained possession and continued pressure on the armagh line culminating in their number 6 ,Cosgrove, scoring the only Sligo points of the day.

Try as they might Armagh struggled to clear themselves from this corner of the field for the total remainder of the first half! The home side were seen to dominate the scrums and as a result Armagh could gain virtually no ball for the second quarter of the game.

It should be said, however, that the extremely poor ground conditions were seen affect the Armagh team more than the home side! One one occasion the referee was seen to move a scrum form a five metre position to almost in front of the posts in an effort to seek secure footing!

Following this excursion Armagh were seen to turn a scrum after absorbing severe forward pressure for some ten minutes. This was later seen to be the turning point of the game just befor the referee blew for the half time break. Having seen off the strong scrummaging from the home forwards and the ‘claggy’ ground conditions throughout the first half the Armagh side now faced Sligo with the strong breeze favouring the Connacht side.

Armagh’s coach, Andy Hughes, must have breathed some serious words to his team as they emerged into the second half with a totally different appearance. they began to win scrums they began to move the ball effectively across the back-line, they even began to score tries! The first of which came from a storming run from Andrew Willis closely followed by one from Chris Colvin.

Andrew Magowan converted this try to bring the score to 5-15. At this point the game had fairly and squarely swung in favour of Armagh and the dream of a winning bonus point entered into the equation.

Scrum-half, Harry Doyle, fielded a stray Sligo clearance and shook of some half-hearted tackles. He then passed to Stuart Lester who opened the taps to score a try in the left corner.

The final Armagh try was scored by, Man-of-the-match, Neil Faloon who shook off several Sligo defenders to score under the post. Andrew Magowan’s conversion closed off the afternoon’s points at 5-27 and rendered the bonus point secure to the visitors.

This win and bonus point restored Armagh back into fourth league position. It should be noted, however, that if Armagh had not lost out those games to Sundays Well and Bruff they would be resting securely in second position.

Alas that is not the case but just emphasising that there is still work to be done to secure points from the last two games against Richmond and Tullamore.