City of Armagh lose out to Clougher in Towns Cup 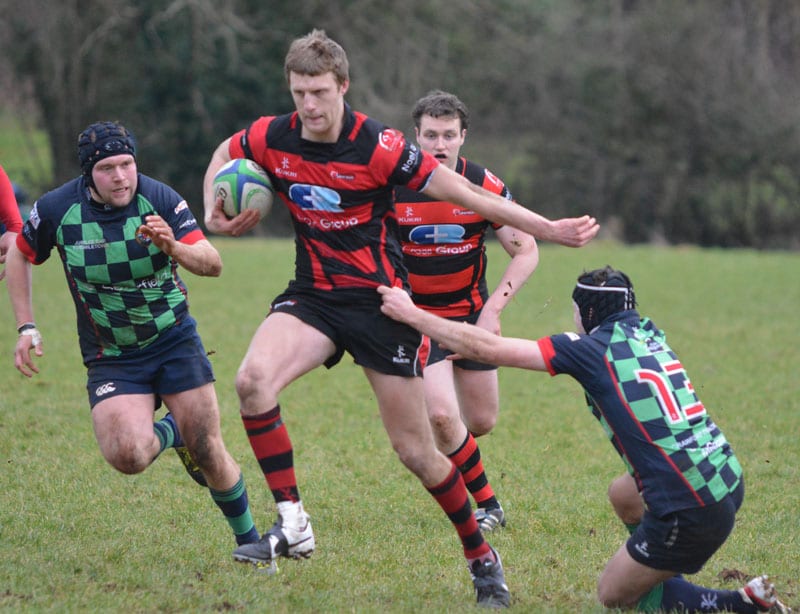 Armagh seconds bravely fell to Clogher Valley on Saturday in the quarter final of the Towns cup.

With the cup tie being closely contested throughout, two tries in the last 10 minutes gave the score a slightly flattering look for the home side.

The game kicked off with Clogher taking the drop out and charging down field towards the club house.

The Armagh forwards regrouped and regained the ball for Andrew Magowan to clear his line. A period of time was spent in mid field where the two sides sounded each other out with numerous big hits been made by both sides.

The Armagh back row of McNeice, Elliott and Clarke backed up by the rest of the pack were taking the game to Clogher. Clogher in turn were making the tackles and indeed were making use of their big forwards to turn ball over.

Two penalties to Clogher were the only scores of the half with Armagh missing with a penalty attempt and struggling to make the break through.

On the restart, John Faloon made a line break which brought play into Clogher territory and when illegally stopped, Matthew Steenson converted a 40 metre penalty to bring Armagh onto the score board, 6-3 to Clogher.

Shortly after, with the home side upping the ante, ball was turned over outside the Armagh 22, and from the resulting lineout, Clogher used the catch and drive to score a try in the corner.

With the conversion, the home supporters breathed a sigh of relief as the score was stretched to 13-3 to Clogher.

With the scrums coming under increasing pressure, Armagh were living of scraps for possession. Talented backs like the Faloons and the Campbell brothers had little go forward ball to work with and the hard working David Spratt at 9 harried his opposite number all day.

Clogher scored two late tries to seal the result and it is they who go into the draw for the semi finals which will be made this week. The seconds have had a good run in the cup this season beating Omagh and Bangor in previous rounds, however on this occasion Clogher were deserving winners.