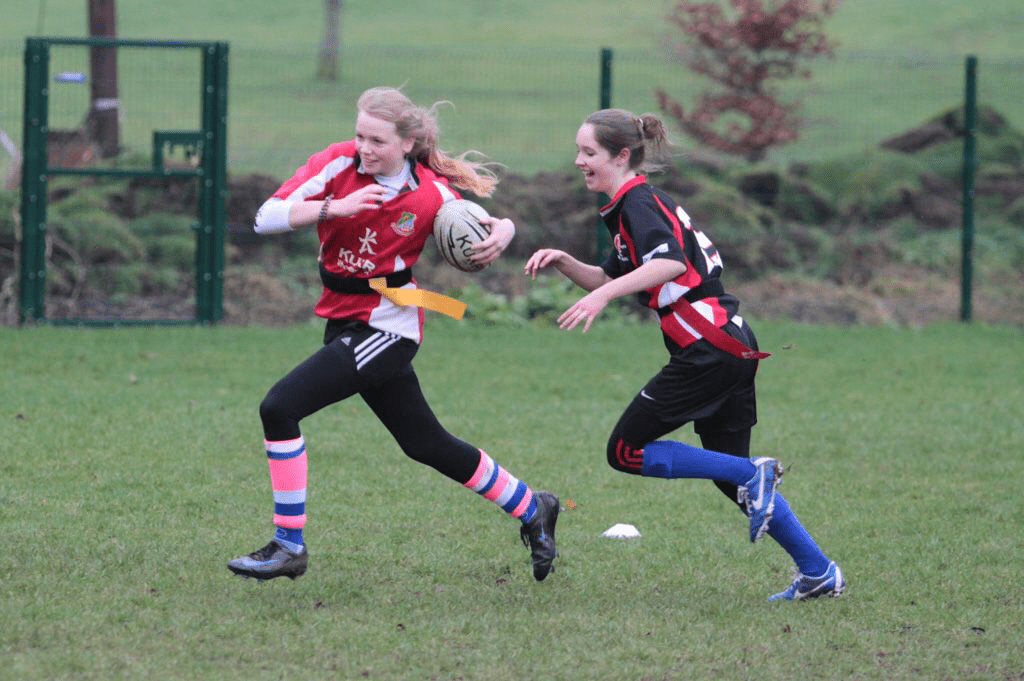 Ballynahinch Ladies U18s were the visitors to the Palace Grounds at the weekend, marking the start of the league season.

The Dominos sponsored Armagh team facing them could boast seven players who have represented Ulster at under-age level and were hoping to get off to a winning start. ‘Hinch, however, started in a manner to suggest that they had other plans.

With Armagh falling off tackles and committing several handling errors, ‘Hinch exerted the early pressure. Following a scrum, the ‘Hinch backline moved the ball wide and the speedy Jill Stephens ran in a very good try.

This wake-up call certainly stirred the Armagh girls into action and the next 5 minutes saw them encamped in the ‘Hinch 22. Attempt after attempt was rebuffed by the visitors but eventually Vicky Irwin spotted the narrowest of gaps and went through it to score.

Lisa Henry carried some 20 metres, off-loaded to Stacey Fluke, who needed no second invitation, and she scored. With no further scores, the first half ended with Armagh 3:1 up.

The second half started as the first, with poor Armagh defense allowing the ‘Hinch No 10, Britney Hogan, to run in a long-range try.

Armagh’s response was immediate and Molly Lavery scored. She was to score again shortly afterwards following breaks by Carla Rafferty and Eimear McCarthy and a strong drive by Rosie Callaghan, allowing Molly to pick up and force her way over the line.

‘Hinch showed their resilience with another Britney Hogan try, but this was to be their swansong. The visibly tiring visitors were now firmly under the cosh and two more McGoldrick tries and two by the excellent Morna O’Hanlon settled the issue 9:3 in Armagh’s favour.

Armagh’s next league outing is on Friday evening, under the lights, away to Enniskillen.

The Armagh coaches will be busy instilling the need for better starts to each half. That said, Armagh can travel with confidence, in the knowledge that their ‘A’ game is more than a match for most teams.