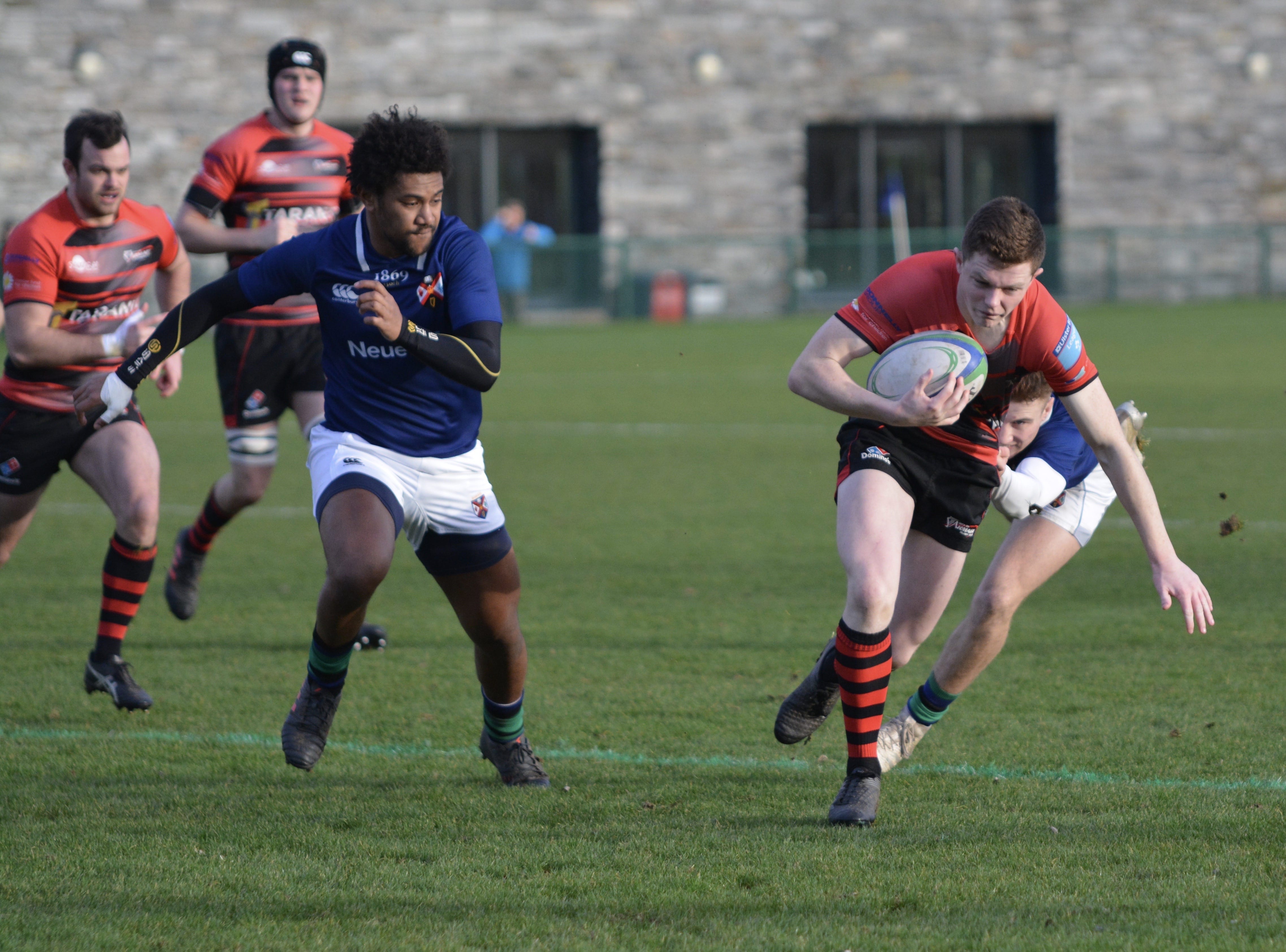 Armagh finished of a memorable 2018 with an entertaining win over a young Queen’s team 33-19 at the Dub in their last SONI league game.

It was a terrific year for the Club winning the SONI league to go with the First Trust Senior Cup and promotion to AIL 1B. In fact the Armagh side jointly lead the table after the first half of the season.

Both Queens and Armagh gave opportunities to squad players to stretch their legs after Christmas and an entertaining game ensued where both defences were easily breached on occasion.

Armagh went into an early lead with a Josh Mc Kinley individual try converted by Cormac Fox to lead 7 nil after ten minutes. Queens equalised through a Johnny Hunter try converted by the impressive Richie McMaster to leave Willie Faloon tearing his hair out.

A fine bit of offloading by Shea O’ Brien coming into the line sent Andrew Willis away for another try to continue his scoring sequence. Again this was converted by Cormac. Shortly afterwards captain Chris Colvin made a clean break to stretch Armagh’s lead and led to him discussing some finer points of view with the referee.

Queens were not to be denied and their own captain, Whitten was prominent in breaching Armagh’s defence to put Conor McAuley in for a converted score.

Armagh started of the second half in similar fashion and a catch and drive enabled Ollie Millar to drive over for the first of his two tries.

This enabled Armagh to grab the bonus point try which many of their supporters believed would have enabled them to escape relegation. Cormac converted again and was replaced with Harry Boyd moving to No. 9. Harry did not last long and after a tremendous 50 metre break, he had to leave the field.

Queens were still not finished and scored a try of their own by David McKinney. McMaster surprisingly missed the conversion but as Armagh were down to 14 men when Andrew Smyth was foolishly sin-binned it looked as if Armagh might not record a victory in the SONI league.

Even then they butchered a couple of chances when it looked easier to score before Ollie Millar restored their margin with another converted try.

There were some good things about the performance and a number of poor passages of play. Both props Oisin McKernan and Eoin O’Hagan played 80 minutes with young Ryan Morton impressing in the line-out and loose play.

Harry Boyd, who has regained his form, unfortunately went down with a similar hamstring injury which kept him out for several weeks but apart from this, both teams got a useful runout.

City of Armagh have a very busy January ahead of them with the Senior Cup semi-final next Saturday, the Bateman Cup semi-final the following week and then the AIL again with tough encounters with Banbridge and Naas to come later in the month.

It is a hard task for a small squad but coaches Willie Faloon and Chris Parker have brought out the best of this young team and they hope to consolidate this in 2019.