City of Armagh continue unbeaten run away to Ballymena 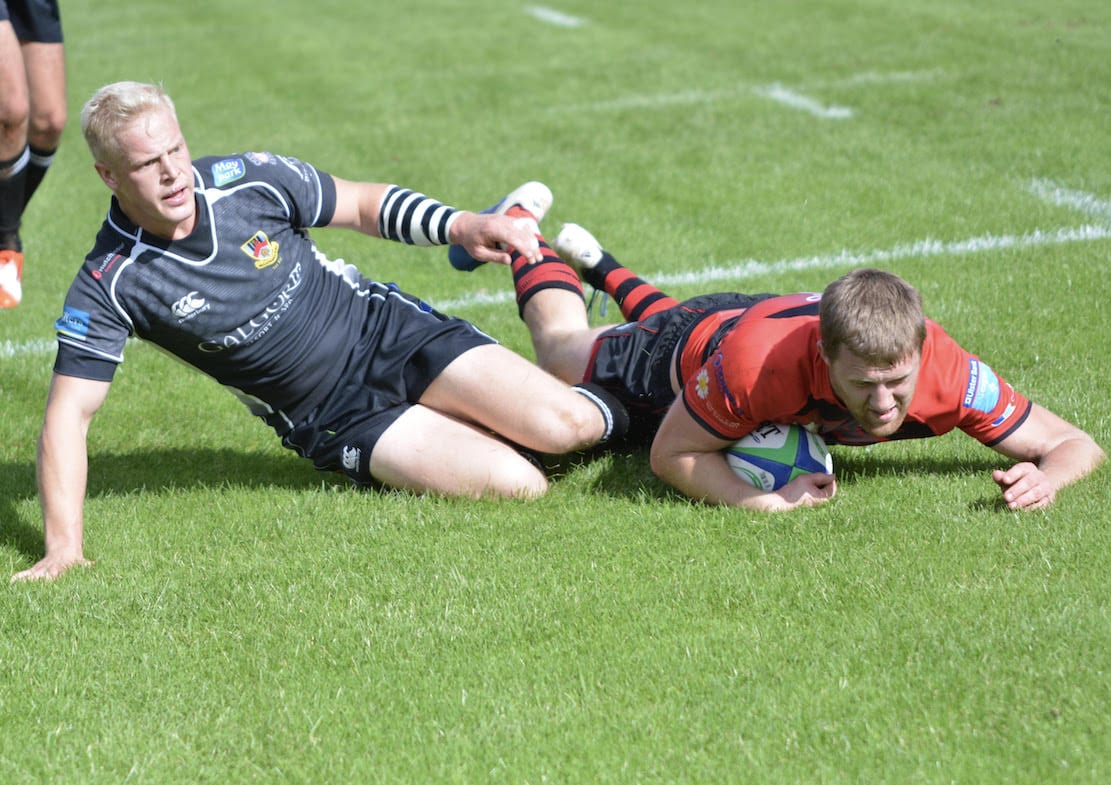 Armagh travelled north to play Ballymena RFC in what was their second game in the SONI Premiership League.

Although having beaten Ballynahinch on August 26 and also demonstrating a convincing display at the pre-season fixture at Eaton Park, the side still were apprehensive about this match.

The actual journey to Ballymena was punctuated by extreme rainstorms.

Knowing that the Ballymena pack were ‘Big Strong Guys’ these showers were bound to leave the playing surface in favour of the home team! Armagh, on the other hand, favour a firm playing surface which suits their fast, open style of play.

Surprisingly, the rain held off for the duration of the game and the playing conditions were, if anything, ideal for open rugby. Armagh kicked-off into a stiffish breeze and within the first minute John Faloon made a break down his left wing to put play inside the home five metre line.

A set scrum followed and only for a handling error in front of the home posts Armagh would have almost certainly have scored within the first five minutes play!

Despite this pressure it was the home side who opened the scoring when Armagh were penalised for failing to release a tackled player in time.

The Ballymena kicker, Brett Herron, landing a relatively simple kick from in front of the Armagh posts. Armagh, on the other hand, scored the first try of the game when Robbie Faloon broke through the Ballymena centre and scored at the posts.

Cormac Fox converted to bring the score to 3-7.

Following some fast forward play Armagh fed the ball out to John Faloon  who forced his way to score close to the posts. Again Fox’s conversion was on target – score now 3-14.

Shortly after the re-start Cormac Fox sent a beautifully timed cross-field kick to the right wing where Kyle Faloon collected and touched down what was to be the third Faloon try of the day! Again the conversion was good, despite the freshening breeze, to bring the score to 3-21.

After just 20 minute’s play the game was seen to strongly favour Armagh. Indeed, they went on to earn their try bonus point when Timmy McNiece scored in the right corner.

Ballymena managed to put the visitors under pressure for a short spell when they brought possession inside the Armagh ’22’ only to see the Armagh forwards win a ‘turnover’ and again, launch John Faloon down the left wing.

A set scrum was called for and the lighter pack were seen to push Ballymena clean off the ball. They went on to earn their try bonus point when Timmy McNiece scored in the right corner.

Yet again the conversion was on target. And just before the break a penalty kick brought the score to 3-31 at half-time. Directly from the re-start Armagh’s full-back, Timmy McNiece, appeared to fall awkwardly and suffered a knee injury.

He was forced to leave the field as did Darryl Morton with a muscle strain. Armagh’s tight head prop, Phillip Fletcher, was ‘yellow carded’ for failing to use his arms in a tackle.

This forced Armagh to make some hurriedly arranged adjustments for the next scrum.

At this stage the Ballymena team appeared to take full advantage of the situation and their hooker, Adam McBurney, broke the Armagh defence and scored the first home try.

Armagh responded almost immediately when their hooker, Andrew Smyth, broke free and scored at the posts. Yet again Cormac Fox landed the conversion.

Two of these were converted by Brett Herron to bring the final score to 27-38. Despite losing the game Ballymena managed to score four tries so gaining a try bonus point for their labours!

Armagh, on the other hand, earned five league points including their bonus point. This puts the Armagh side four points clear with 10 points from two games and Malone with six points in second spot.

Next week sees Armagh launch their 2017-18 Ulster Bank All-Ireland League campaign when they entertain Greystones at The Palace Grounds.

Last season Greystones and Armagh ended off the season in first and second league slots respectively with a single point separating them! It certainly promises to be an exiting game.