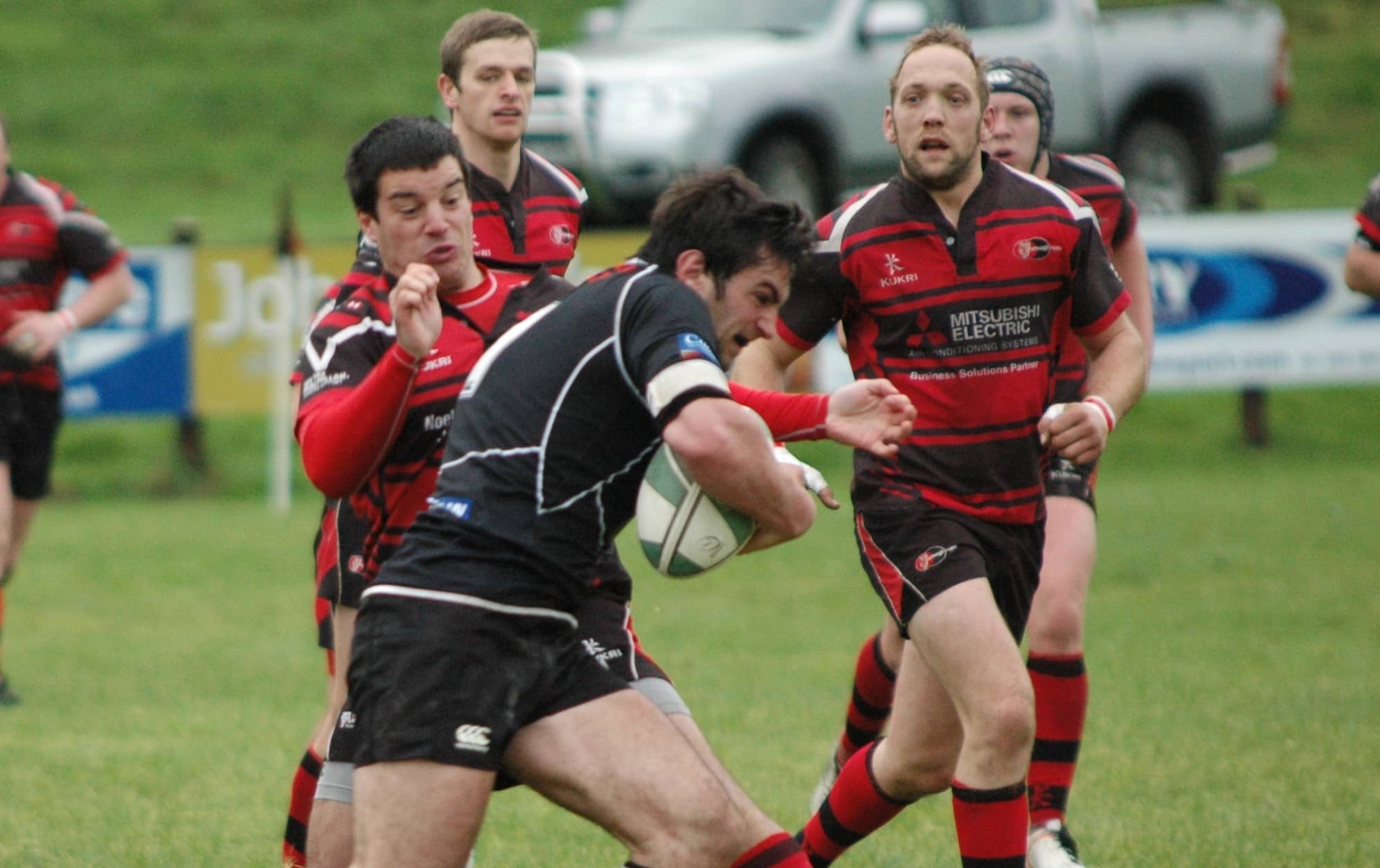 When Armagh played Ballymena on Saturday it was a reorganized fixture for the game which never happened on12th October when the IRFU Ulster Branch got confused with their allocation of referees.

Due to the International Ireland v Samoa the regular fixture book was blank and it seemed a brilliant opportunity to play the outstanding game as both Armagh and Ballymena were in agreement to play the game.

Saturday saw the fixture with the referee allocated to be none other than Simon Wilkinson. This official has frequently officiated in International games as the fourth official making crucial match decisions with literally millions of viewers waiting for the verdict of his decisions! While Saturday’s game as never on the same plane as International Rugby we all felt that Armagh and Ballymena clubs were certainly well represented for the rescheduled game.

The game kicked off in perfectly still but cool conditions and within five minutes the Ballymena’s openside flanker made a spirited break down the centre of the field and scored a brilliant try just to the right of the posts. The conversion opened the score to 0-7 and the spectators that both sides were keen to play fast, open rugby.

Armagh’s out-half kicked a penalty to open their account only to see Ballymena score another try. The first half was concluded with Armagh’s young front row player, Darryl Morton charged down a clearance kick and went on to score his first try for the club. The conversion went wide to see the half-time score come to 8-12. The game was absolutely in the balance.

The second half, however, kicked off pretty much as the game started with the Ballymena open side flanker scoring another brilliant try.

Armagh’s response, however, was to launch a beautifully controlled rolling maul from just inside the Ballymena half which resulted in The much lighter Armagh forwards scoring a touch-down when Andrew Fletcher forced his way through the Ballymena pack’s defence to secure  another five points for the home side.

The conversion carried wide but with the points difference narrowed to 13-17 the game was again in the balance. The Armagh pack repeatedly pushed the visiting forwards clean off the ball and won several scrums ‘against the head.’ The whole attitude of the Armagh side looked so much more spritely and controlled than last Saturday’s game in Limerick.

After a period of sustained pressure Armagh leaked a try on the left wing. The conversion brought the score to13-24 but Armagh’s head never went down and they, as a team, kept the pressure on Ballymena for another ten minutes. The game was sealed for Ballymena when they sent their winger across for another try which, when converted, finished off the score at 13-31.

At the final whistle the game was a lot tighter than the 13-31 score would display.

The home side’s resolution was displayed in their forward strength. Their ability to push the Ballymena pack clean off the ball was a sight not often seen at The Palace Grounds. Granted the late two tries appeared to flatter the Ballymena team.

If Armagh can repeat this spirit & cohesion in future games they will surely be able to sustain their position in the upper half of the All-Ireland League!  Next  fixture is Skerries at home in the All Ireland League scheduled for Saturday 23rd November, kick-off at 2-30pm.