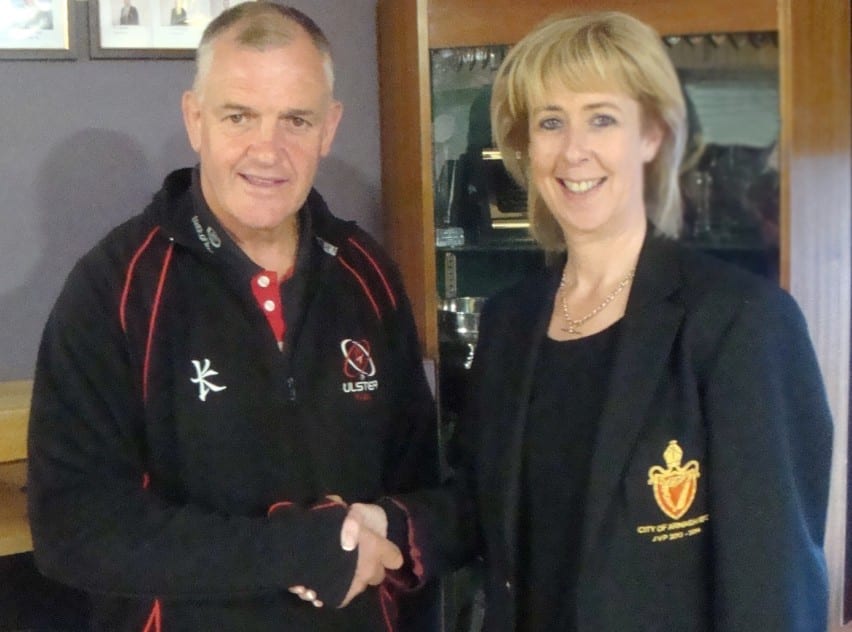 Brian McLaughlin has been appointed coaching consultant to the Armagh Rugby Club for the next five seasons.

Brian was Head Coach at Ulster Rugby when the team reached the Final of the Heineken Cup at Twickenham in 2012. He is recognised as being one of the best technical coaches in Ireland, having previously assisted the Ireland coaching team.

For the 2015-16 season, City of Armagh RFC will be playing in Division 2B of the restructured All Ireland Leagues after finishing in second place in their league last season.

Club President for 2015-2016 is Shirley Ann Donaldson, the first female president since the Club was established in 1875.

Commenting on the new appointment, Shirley Ann said: “This is a massive boost for City of Armagh Rugby Club with someone of Brian’s calibre coming on board. He will use his vast experience to improve our coaching structure not just at senior level, but throughout the whole Club and we are all looking forward to the new season.

“Brian is committed to City of Armagh for a five year term and will greatly assist the long-term aspirations of Armagh to be a leading Ulster club in the All Ireland League and to have the best structures in place right down the club.”

Brian commented: “I am delighted to take up this new role at City of Armagh RFC. I have been impressed by the current set-up at the Club on and off the pitch and I look forward to working with the team of coaches and all the players as we prepare for the season ahead.”