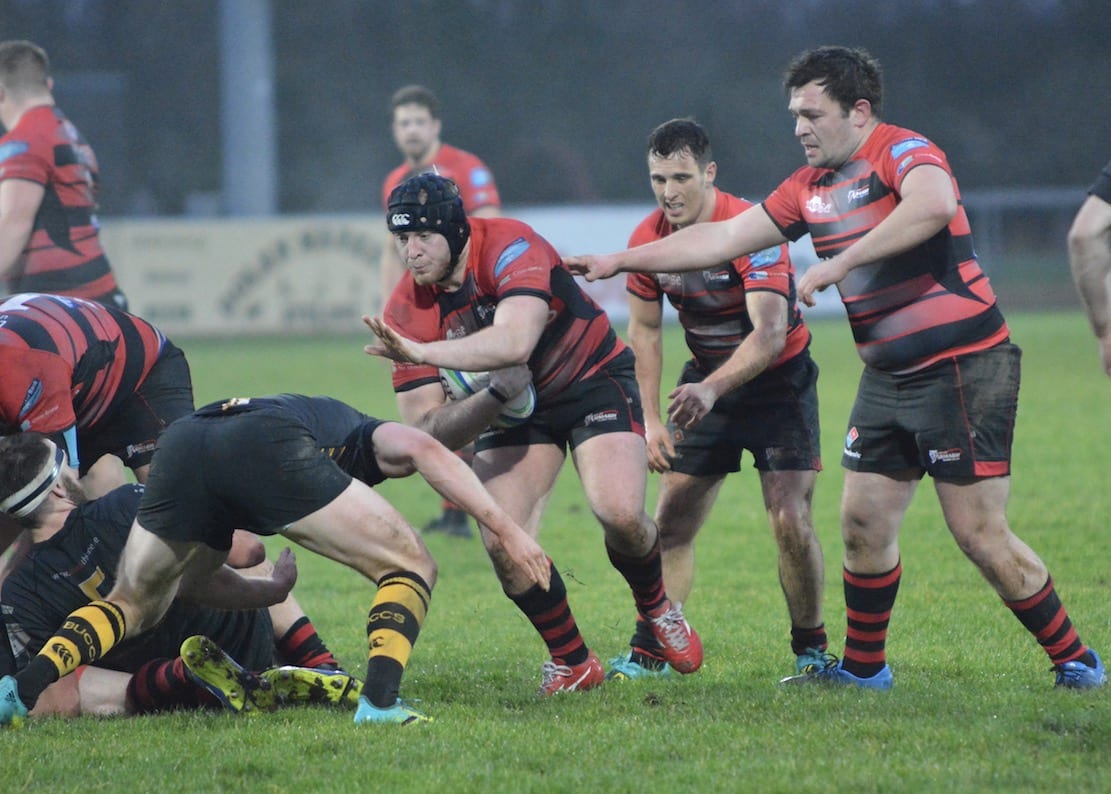 City of Armagh had probably their worst performance of the season on Saturday when they went down 24-17 against a Buccaneers side struggling near the bottom of Division 1B.

Buccaneers were able to call on the services of three Connacht players whereas Armagh were missing six regulars due to injury.

Armagh got off to a poor start and were 3-0 down after five minutes. The side was not able to control a slippery ball and knocked on, on several occasions. It was from such a mistake that they were penalised in front of their own posts for offside and the Buccanners’ out-half opened the scoring.

Disaster then struck when a mix up from a Garryowen saw the ball fall into the hands of the Bucc’s winger and he dotted down for a converted try after 16 minutes .

Coach Willie Faloon could not believe his eyes when a similar mistake ensured that the Bucc’s centre dived over to make the score 17-0 after 20 minutes.

Confidence was flowing from the Connacht side now and another converted try put them 24 nil up after 27 minutes.

Armagh couldn’t get into the game and probably kicked away too much possession due to the Buccaneer’s rush defence. They, in turn pumped the ball into the corners and made Armagh try to attack from deep.

It was on one such occasion that Ryan Purvis was taken out in the air and the Buccaneer’s openside found himself un the bin.

Armagh then put a good spell of rugby together keeping patience and possession. Towards the end of the half, a creative piece of play from the Armagh three quarters enabled captain, Chris Colvin to find a gap and sprint in for a converted try.

Armagh then introduced prop, Oisin Kernan for his first AIL game. For someone inexperienced in that position, he acquitted himself well and was prominent around the park in the second half.

The half time whistle went with the scoreline, Buccaneers 24 Armagh 7 and the visitors had a mountain to climb to get anything out of the match.

The interval allowed Armagh to regroup and the second half began with the visitors taking the game to Buccaneers. The home side were guilty on more that one occasion of slowing the game down and the referee penalised them on numerous occasions.

On 55 minutes Armagh had an attacking line-out 10 metres from the home team’s line and a well executed line-out enabled hooker, Andrew Smith to power over the line for a converted by Cormac Fox to make the score 24-14.

A few minutes later Fox slotted over a penalty to leave it a one score game at 24-17 and remarkably Armagh were back in the game.

Try as they could to level the scores, the visitors pounded the Buccaneer line, but could not manage
to breech a solid home defence.

The last quarter saw Buccaneers hanging on for a vital four points with the final score 24-17. A losing bonus point for city of Armagh was some consolation after a shocking first 20.

The Armagh coaching team made no excuses after the match. Simply put, nobody can afford to be off the pace so much in the first half, enabling their opposition to race into a 24-0 lead and expect to
come back to win.

A hard week of training will be needed to prepare them for a vital game at home against Naas this Saturday at the Palace Grounds.

Armagh seconds played Ballynahinch seconds in a much awaited conference league one encounter at the palace grounds on Saturday.

In very damp and grey conditions both teams contributed to a very entertaining game played in good spirit.

A high tempo game ensued from the kick off with Armagh’s half backs Gerard Treanor and Harry Boyd moving the ball with purpose through a lively home backline. It was the forwards however with the returning Neil Faloon, Josh Kennedy and Stuart Hooks leading the charge.

Hinch scored an early try from a lineout deep in Armagh territory when their backline spun the ball out, a missed tackle let their centre in for a converted try.

On the restart the Armagh forwards regained possession and following a period of pressure near the Hinch line Ollie Millar twisted and turned to touch down mid way out. Kyle Faloon converted to tie the game at 7-7.

Kyle added a penalty to put the home team into the lead at 10-7 after the Hinch backline were caught offside in front of their posts.

The Armagh front row of Philip Matthews, debutant Jack Treanor and John Clarke were enjoying a tasty confrontation in the scrums with both sides cancelling each other out. From a Hinch defensive lineout,
Jack Treanor picked up a loose ball at the back and showed good feet to score midway out with Kyle adding the conversion. The score remained 17-7 to Armagh as the half time whistle sounded.

With the home coaches having gave their team talk, the game restarted with Armagh continuing their forward momentum through centres Evin Crummie and Luke Crozier making good inroads up the field.

Another lineout in the corner provided dividends when Crozier took a good line to make his way over
close to the posts,21-7.

The try was unconverted and shortly after, a combination of Armagh taking their foot of the pedal and Hinch upping the ante resulted in two quick converted tries for the visitors.

Captain Stephen Morton rallied his troops and again the visitors were in defensive mode as wave after wave of Armagh attacks were repelled by last ditch Hinch tackling.

Hinch were conceding penalties and from one in front of the clubhouse Boyd pinged the ball to the corner for an Armagh lineout.

With the lineout working like a treat all day Ryan Morton collected and with Hinch expecting a maul for the line, Hooks shipped the ball out for the backs who put it through the hands with Chris Cousins touching down out wide for a good team score.

With the score at 27-21 the home side saw the game out to bring to an end an enthralling contest. A very good team performance with replacements Owen O’Hagan and Matthew Steenson both playing their part.

Next game for the seconds is Portadown away this Saturday.