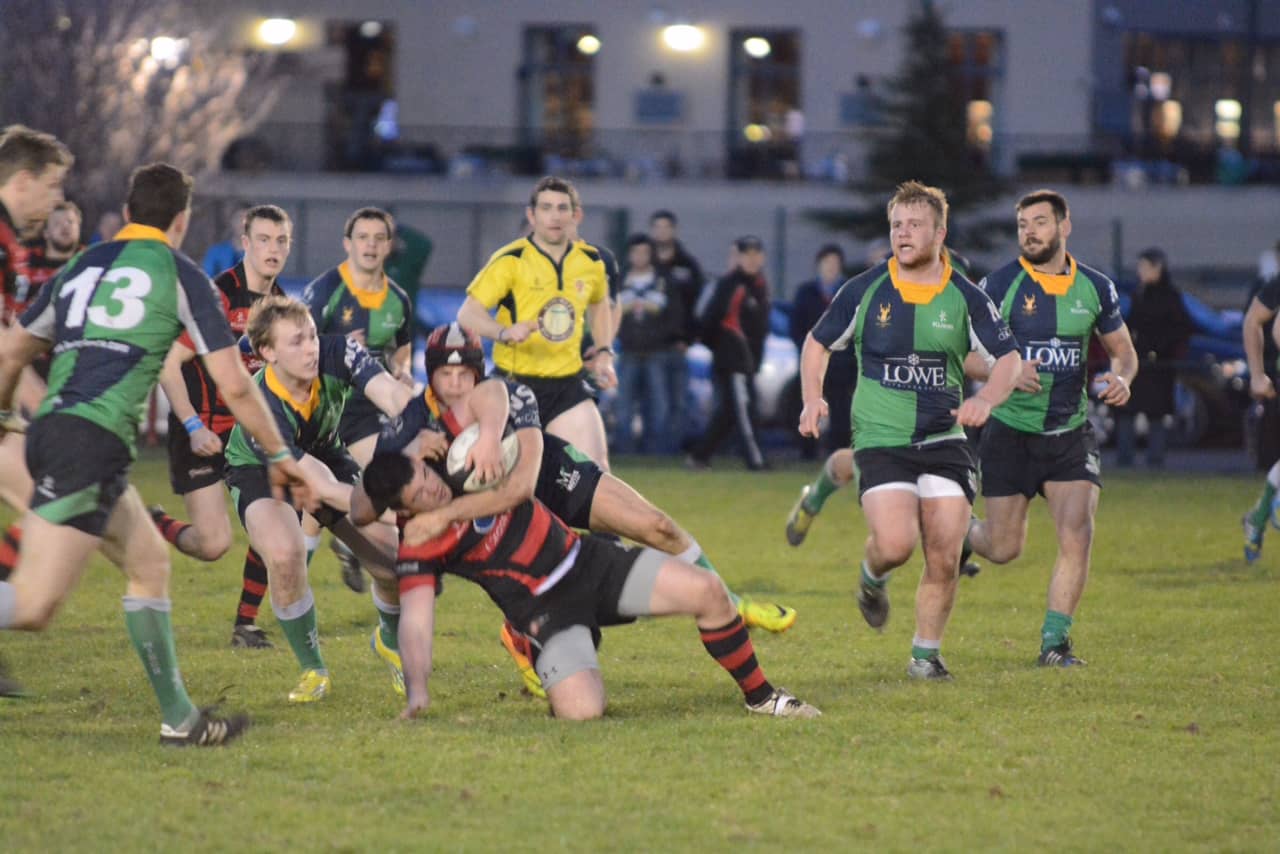 With the European Cup semi-final game between Ulster & Saracens set for Saturday evening the game of Rugby certainly was the major topic of conversation throughout the city all week! Friday evening, however, saw Armagh host Ballynahinch at the Palace Grounds in Armagh’s final game of the season in the Ulster Senior League. Ballynahinch were in the fortunate position of requiring a single league point to secure the League title whereas Armagh had managed only to win four league victories out of a possible eleven games throughout the season.

Being somewhat of a local derby game it attracted a large crowd of keen supporters. The vocal Ballynahinch supporters were obviously keen to get their hands on this prestigious league title! The game kicked off in ideal conditions and Armagh opened the scoring when Richard Reaney kicked a penalty. Sadly that was the sum total of points Armagh would secure all evening as the visitors opened up the home defence to score a total of six tries and notch up 36 points before the final whistle.

Indeed, the Ballynahinch side were worthy winners of the title and demonstrated some fine rugby. The are to be admired and Armagh Rugby Club extend congratulations for ably demonstrating their match capabilities.