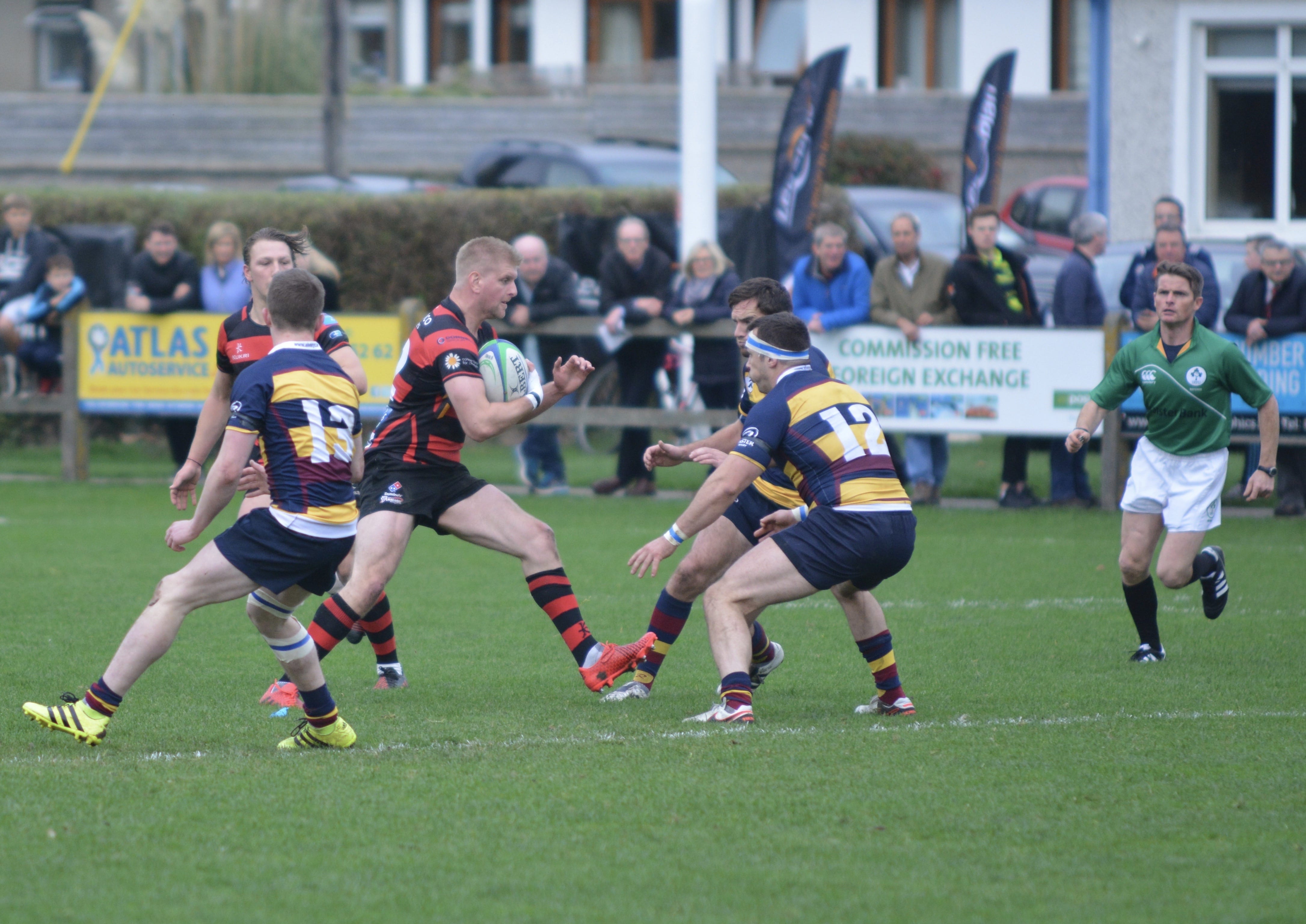 City of Armagh travelled to Leinster club, Skerries on Saturday, unbeaten after four matches in the All Ireland League and they returned home with a winning bonus point win to remain at the top of Division 2B.

Conditions were perfect as Armagh kicked off at the scenic home venue. The home team took the early initiative and took play into the Armagh half where they tested the visitors’ defence with some strong running. Armagh held firm and James Morton had an excellent charge from his own 22 and kicked ahead to stem the Skerries’ attack.

On 15 minutes Armagh stunned the home team with a well taken try on their first visit to the Skerries 22. The pack drove forward and Ali Birch broke to the left where the defence was stretched to score out wide. The conversion was missed and Armagh had the early lead 0-5.

Moving into the second quarter and Skerries converted two penalties within a few minutes of each other to take the lead 6-5.

A penalty to the visitors was converted by Harvey Young to put Armagh back into the lead 6-8.

An opportunist drop goal from Young then made the score 11-6 to Armagh and it looked as though the visitors would edge the first half. On the stroke of half time, however, Skerries were awarded a dubious penalty and kicked into the Armagh corner where they drove over for an unconverted try. The score was tied at 11-11 as the referee blew for half time.

The second half started and within two minutes, Armagh had their second try. Number 8 Neil Faloon went on a storming run into the Skerries’ half and the ball was recycled to out-half Young who cut through the home defence to touch down. A successful conversion from Young had the visitors ahead 11-18.

Five minutes later Armagh scored try number three and it started with a turnover on the halfway line. Slick handling from the backline sent winger Andrew Willis on a charge to the line and he used his strength well to score in the corner. A superb conversion from Young now gave Armagh a comfortable 11-25 lead.

With 15 minutes remaining a Skerries player was sin-binned for an off the ball punch and was fortunate not to see red. The visitors continued to exert pressure and kicked a penalty down the line into the home 22. From the resulting line-out Neil Faloon peeled off the back and drove over for the bonus point try and Young’s conversion stretched Armagh’s lead to 11-32.

With 10 minutes remaining Armagh second row Miller was sent to the bin for an offside offence and four minutes later Willie Martin also received a harsh yellow card for a deliberate knock-on.

With the visitors down to 13 men, Skerries took advantage and their forwards drove over for an unconverted try to make the score 16-32.

As Skerries pressed for a further score John Faloon relieved the pressure with an interception but a try didn’t materialise and the referee blew for full-time with Armagh victorious 16-32.

Another satisfactory result to please the Armagh coaching team especially as only two teams in the AIL have now won five from five.

There is still room for improvement to reduce the error count and the yellow cards at the end could prove costly in a tighter match.

Next up for Armagh are two home games to Limerick teams, starting with Old Crescent at the Palace Grounds this Saturday.

Picture: Armagh’s Stuart Lester takes on his opposite number. (Photo by Ken Redpath).