Armagh lose out to Wanderers in Ulster League 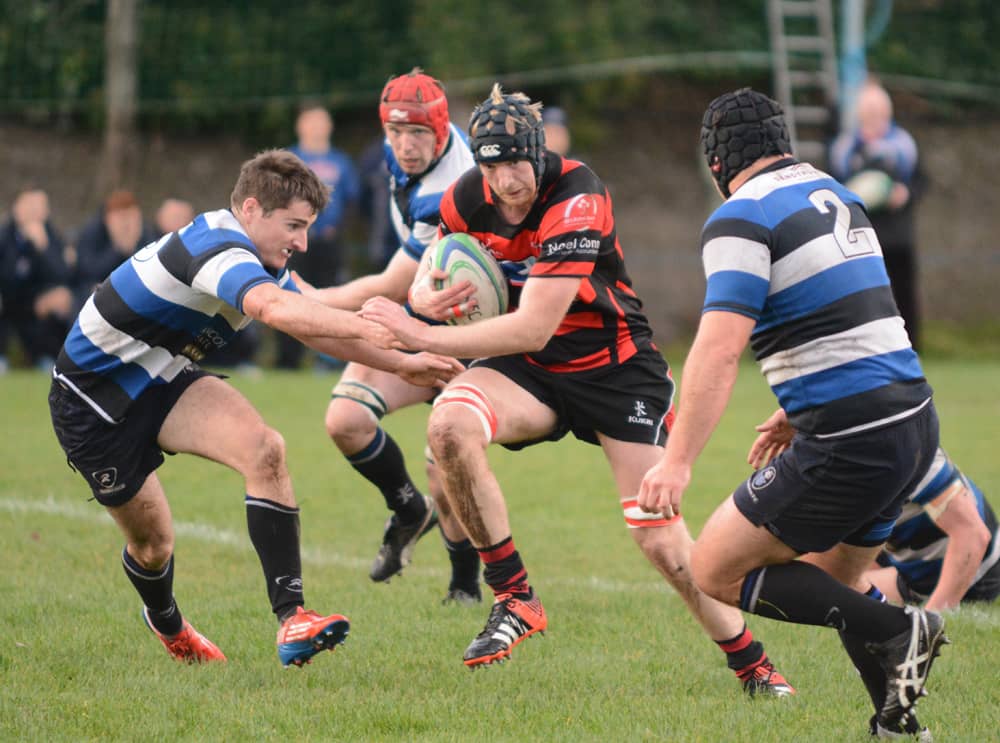 What a difference two weeks can make to a league table!

At the beginning of the month Armagh saw themselves with a 100% win record and sharing top slot of the Ulster Bank 2B league with Highfield. Two weeks and two defeats (albeit narrow ones!) later these results send Armagh down to seventh position!

Granted the two loosing bonus points earned helped because without these we would have slipped yet another slot down to eighth position.

With the horrendous rainfall through the previous three days it was only due to a very well cared for pitch that Saturday’s game went ahead at all.

Indeed the playing surface in the Pembroke Road Grounds was ideal for open Rugby.

There wasn’t even the hint of a breeze as the game kicked off. Within the first minute the referee blew up for a penalty against armagh.

The Wanderers Out Half, Peter Brougham, landed a relatively simple kick to put the home side 3-0 ahead.

Immediately on the re-start Wanderers were caught off side and Matthew Steenson returned the favour to even the score at 3-3. The firs half proved to be very exiting with both sides playing some fast, open rugby. Armagh managed to break through the Wanderer’s line on three occasions but failed to gain points for their efforts. If anything they looked the more dangerous side in the first half which ended with the scoreboard remaining at 3-3.

The second half, however, was a different story with the home side appearing to up their game to culminate in the only try of the match. Their winger touched down following a possible whisper of a knock-on to secure five points. Brougham’s conversion went wide but by now the Wanderers side had managed to up their game another gear. Armagh were penalised for collapsing a rolling maul on their 22.

This time the kick was on target to put the home side into a fairly comfortable 11-3 lead with time running out for Armagh.

In the dying minutes of the game Armagh were awarded a penalty in front of the home posts which Matthew Steenson kicked to secure Armagh a vital losing bonus point.

On reflection it was probably a fair result on the day’s performance.

To a man the Armagh team knew only too well that they had under-performed. On the other hand perhaps the travelling supporters now expect a winning performance every time the team takes the field!

This time two seasons ago we would have been only too pleased to return north with a losing bonus point.

All in all perhaps the home defeat at the hands of a massive Highfield pack had taken its toll and possible the Armagh forwards were feeling match fatigue!

Thankfully the team has two week’s rest and recuperation prior to playing Midleton in The Palace Grounds on December 6th.