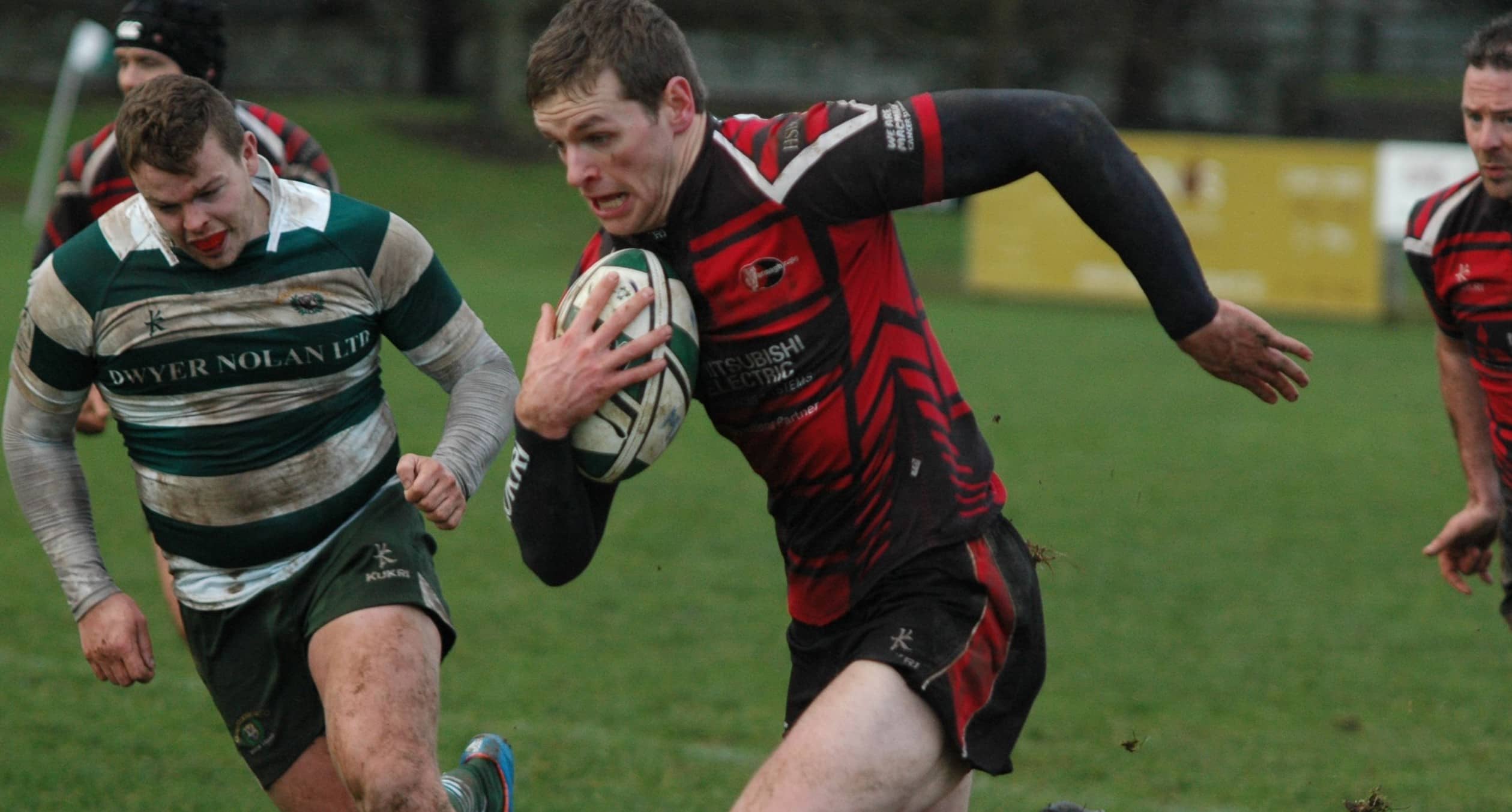 How many times did Irish rugby fans rely on the formidable sight of front row forward, Reggie Gorrigan, hold up the scrums of the Irish rugby team?

In the past he has been a stalwart international star but to see he was coach for the Greystones team was, to say the least, worrying for any side travelling to play Greystones.

As the Armagh side set off to drive south into Leinster all they could hear in their ears was warnings from Barra Best about approaching rain, wind, and even snow. This, literally, proved to be painfully accurate. The further south travelled, the worse the conditions deteriorated. To see the match goal posts wave about in the blustery wind gave the team no comfort for the game ahead!

As Greystones kicked off the Leinster side were seen to take better advantage of the playing conditions and immediately pushed Armagh into the bottom corner of the field for the most of first half. Armagh, however, showed they were not to be bullied and defended resolutely. However, by half-time they had conceded two fairly soft tries under their posts which seemed to knock the usual spark out of the Armagh side.

To add to Armagh’s troubles, just as the second half got underway the wind appeared to abate for a few minutes and a moment’s loss of concentration let the Greystones side score another opportune try under the Armagh posts. This put the game out of reach for the visitors with a 21-0 scoreline. Johnny Steenson, however, had different ideas and after one of his signature runs scored a fine try  to leave the final score at 21-05.

This result let Armagh slip from third to fourth slot but more importantly it enabled  the Munster side Thumond to leap-frog ahead of Armagh. Thomund are scheduled to travel to the Palace Grounds to play a league game on 15th March. This now becomes a crucial fixture if Armagh plan to keep any hopes of promotion live!

It is always easy to draw conclusions from the game of Rugby and the Armagh team can be proud that, on Saturday, they certainly played the better rugby.

It, however, was not the wisest tactic to employ on the day. The visiting team, to a man, played a very brave game but were beaten by the conditions rather than the opposition.