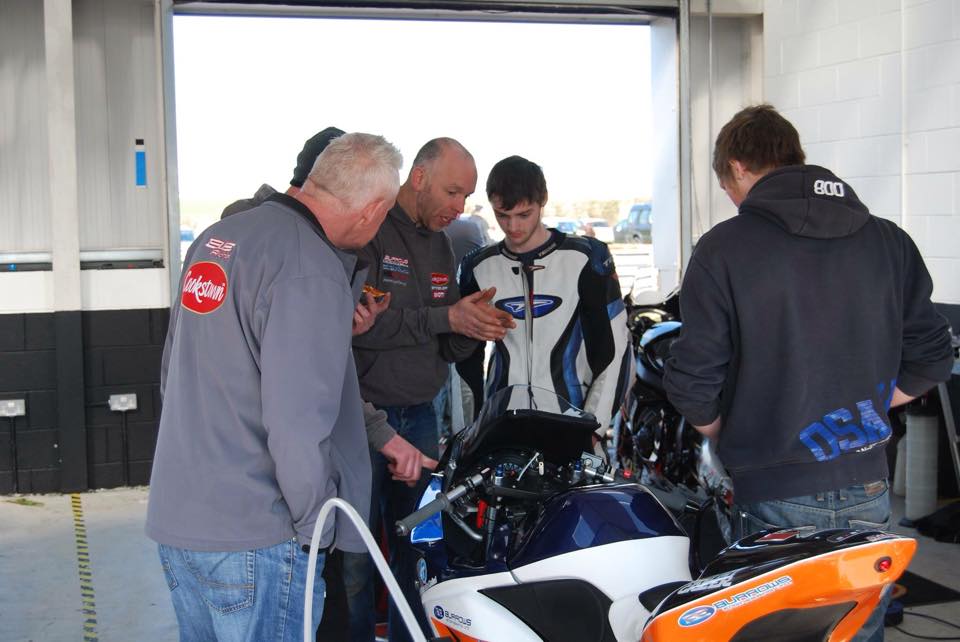 Redrock motorcyclist Jordan Burrows had an Easter to remember after winning his first circuit race of the season at Kirkistown on Monday.

The teenager arrived with no bike setup as it was his first time there with the new Kawaski ninja 250r.

Free practice was used as a learning session again and to see how the bike handled on the Kirkistown Circuit.

Jordan said: “Qualifying I went from the start and got out in front so I could get a decent lap time put in. I qualified secomd on the grid which I was more than happy about. “Race 1 I got a good start and battled my way to the front and led the race on and off a few laps. The weather was warm and the racing was great.

“With the race decider into the last corner we collided together to which I had to shut off which meant I finished second.

“In  Race 2 I led from the start to the last lap and last corner.

“A newcomer tried a move on me which was not going to work but he thought otherwise. He slapped into the side of my leg with his front wheel pushing me out on to the grass, costing me my first win.

“A complaint was put in and the race was taken back a lap to which I was leading and officially won my first race.

“It’s not how I wanted to win it but that’s how it ended up unfortunately.”