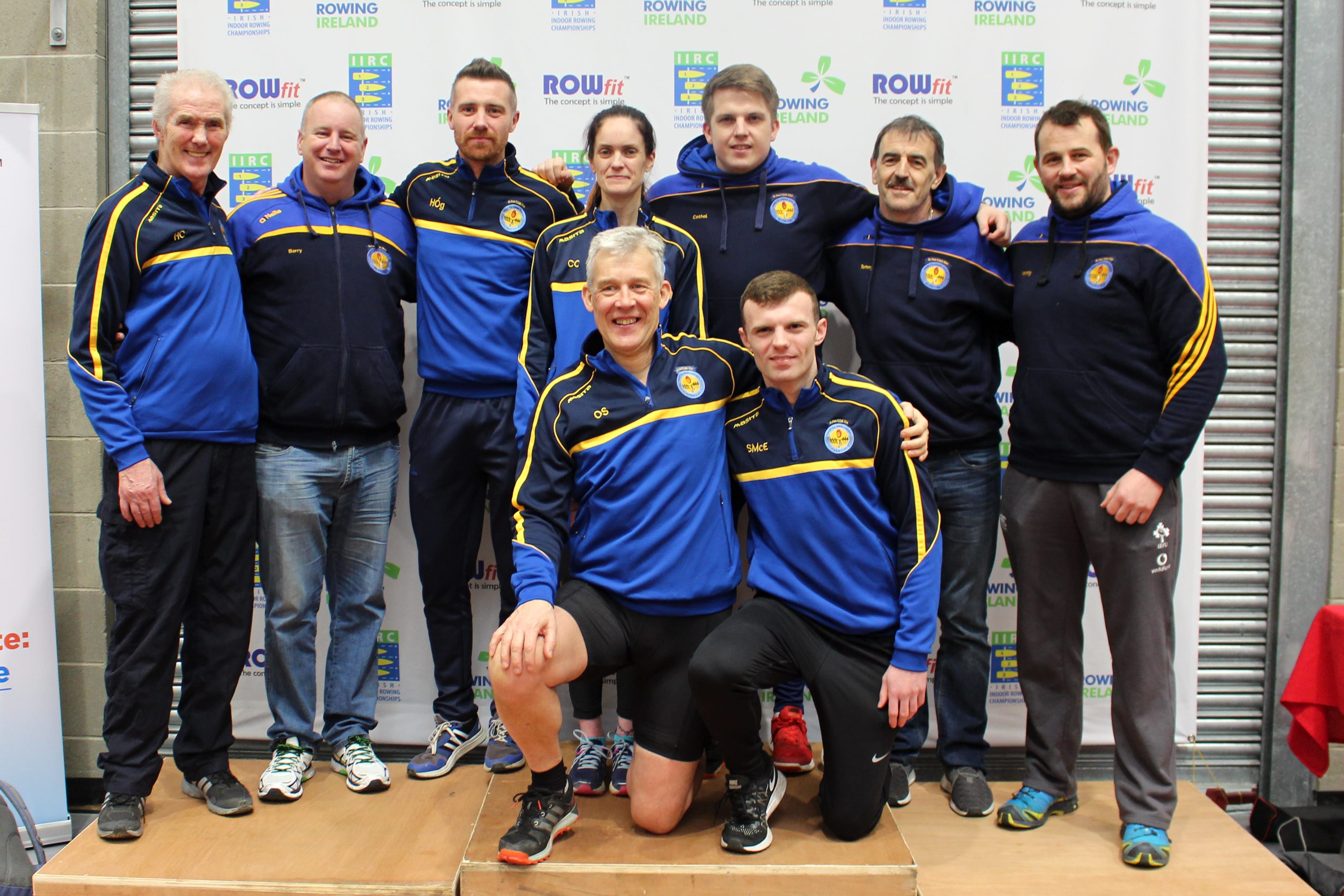 Fresh from the success of the Tug-of-War National win, the St Pat’s club had a different mission on Saturday, when they headed for the University of Limerick Sports Arena under the watchful gaze of Coach Hugh Mór Conway to compete in the National Indoor Rowing championships.

First into the fray for St Pat’s were Ulster gold medal winners Oliver Short and Cathal O’Neill in the 1000 metres. Oliver rowed very strongly and controlled his race and lifted a very well-deserved gold medal. Cathal was up against a very high-class field but, undaunted, rowed a brilliant race to take a well-earned silver medal.

After a rest period, Oliver Short along with Ciara Conway competed in the 2000m. Ciara, who had also won an Ulster Championship, rowed a very strong race, and took the silver medal.

Oliver was next up and again was up against a top-class field. Oliver rowed a very strong first 500m and was well to the fore, but by the time he got to the last 300 metres, he was 15m down on the leader. Digging deep on all reserves of stamina and strength to the delight of the 1000 or more spectators, Oliver fought back to claim his second gold medal of the day at the very last stroke.

The last event of the day was the 500 metres and here St. Pats had 6 rowers in action. Barry Murphy, Kenny Dorian, Tommy Griffin, Shane McEntegart, Cathal O’Neill and Oliver Short – in his 3rd row of the day.

Barry took gold in his race with a great display of rowing. Oliver was next and, after the exertions of his earlier exploits, showed a little tiredness to finish in a very creditable 4th place. Kenny Dorian followed this with an absolutely brilliant row in a very competitive race, to deliver a stunning personal best and took silver. Cathal O’Neill rowed really well in his second race of the day, after taking silver in his 1000m. Young Shane McEntegart, whose training has been disrupted all season by being at Queen’s University, finished just outside the medals.

A hard week’s tug-of-war training followed, with a tug-of-war session at the St. Pats training ground on the Armagh/Louth border the evening before the rowing, a 250-mile drive home to Castlegregory in West Kerry, then a 100-mile drive to Limerick the next morning.

Tommy rowed ‘like a dog’ to get a new PB and an unbelievable gold medal, an outstanding achievement.

This concludes the competitive rowing for a while, but St. Pats tug-of-war team is in Co. Longford at the weekend in an attempt to finish the National Championships with a perfect 10 out of 10 titles by winning the National senior 560kg 8-a-side and the 350kg 5-a-side.