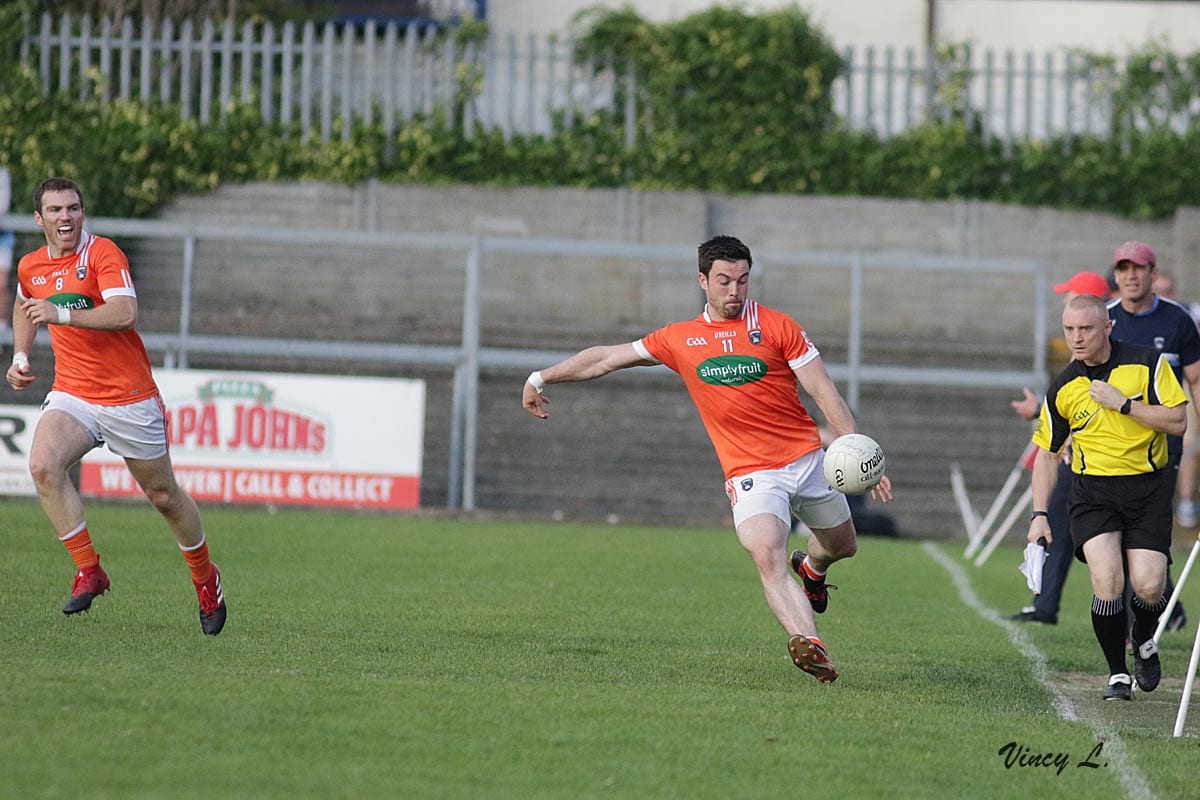 Gaelic sports are celebrated across the board in Northern Ireland, with yearly award evenings like the Armagh, Banbridge, and Craigavon Senior Sports Awards, as well as there being a huge and dedicated following across the country.

Turning our attention to rugby, the sport is going very well in Armagh right now, with the City of Armagh claiming back-to-back First Trust Senior Cups on of February 8, marking their second title in their 144-year history.

The team is certainly on the rise, and there’s another potential tale of greatness on the horizon on the GAA inter-county competition of the 2019 Ulster Senior Football Championship.

This year will mark the final year of the current format of the Ulster Senior Football Championship, with the competition pivoting to giving teams which play in the preliminary round an exemption from entering the tournament in that round for the following two years.

Given that the competition is already the toughest of the four provincial championships, this new format will give teams who have often found themselves in the preliminary round the relief of being able to go for glory in just three
games rather than four.

While these changes won’t have a huge effect on the nine counties this season, it could still play a psychological role for those teams who have are not entering through the preliminary round this year as the odds of them doing so next year have increased significantly.

Armagh haven’t experienced the best start to the Allianz Football League Division Two season, but picked up their first win of the competition at home to Tipperary last Sunday.

Due to partaking in warm-weather training in Portugal during a prohibited period before the start of 2018’s All-Ireland Championship, they had to give up home-field advantage to Clare according to the Belfast Telegraph, which resulted in the 13-man Armagh – who lost Jamie Clarke to a red card half-an-hour in – conceding in injury time to leave with a draw on the 3rd of February, as shown by the Irish Times.

Despite the season getting off to a slow start, there is a sense of optimism surrounding Armagh for the upcoming Ulster Football Senior Championship in May. The initial draw on the 12th of October, as shown by Ulster GAA, was rather favourable to Armagh: not only did they avoid the preliminary round yet again – a stage that they haven’t competed in since 2013 when they lost to Cavan – but they also avoided the All-Ireland finalists of 2018, Tyrone, the reigning champions Donegal and last year’s finalists Fermanagh. Tyrone will instead be facing Derry in the preliminary round, which they’ll most likely win to go on to face Antrim. Donegal and Fermanagh will replay the 2018 Ulster Final in the first round, with the latter being Armagh’s conqueror last season.

Can Armagh finally break out of the quarter-finals?

Instead, Armagh will be taking on Down in the quarter-finals on the 19th of May at the Pairc Esler in Newry, per GAA Ireland. It’s a grand local derby that will surely attract the attention of everyone from each county, with Armagh making the short trip east to see if they can finally make it past the quarter-finals. Armagh hasn’t made it out of their initial quarter-final game in the tournament since 2014 when they beat Cavan to move on to the semi-finals. Since then, Donegal in 2015, Cavan in 2016, Down in 2017, and Fermanagh in 2018 have stopped progression. This year is different, however, with Armagh being favoured ahead of Down.

As it stands, Tyrone are the obvious favourites to win the Ulster Football Senior Championship in 2019, but Armagh are being rated as a dark horse to win the title and rated well above their quarter-final rivals. The experts at Betway rank Tyrone as the 15/8 favourites as of the 22nd of February, with Donegal and Monaghan at 11/4 just behind, while Armagh is seen as the fourth best at 11/1. While they’re not overly favoured to go all the way, they are given much more of a chance than the 20/1 Down, implying that they are favoured to beat Down and win their first game in the tournament for five years.

The final last year was predicted by many GAA stars interviewed by Irish News, including Ciaran McKeever of Armagh, to be a close contest, despite most siding with Donegal. In the end, Donegal ploughed to victory scoring 2-18 to Fermanagh’s 0-12, showing how upsets can happen on the big stage. Armagh may not be in great shape to challenge for a place in the Ulster Final, but they’re certainly rated above local rivals Down to progress to the semi-finals.