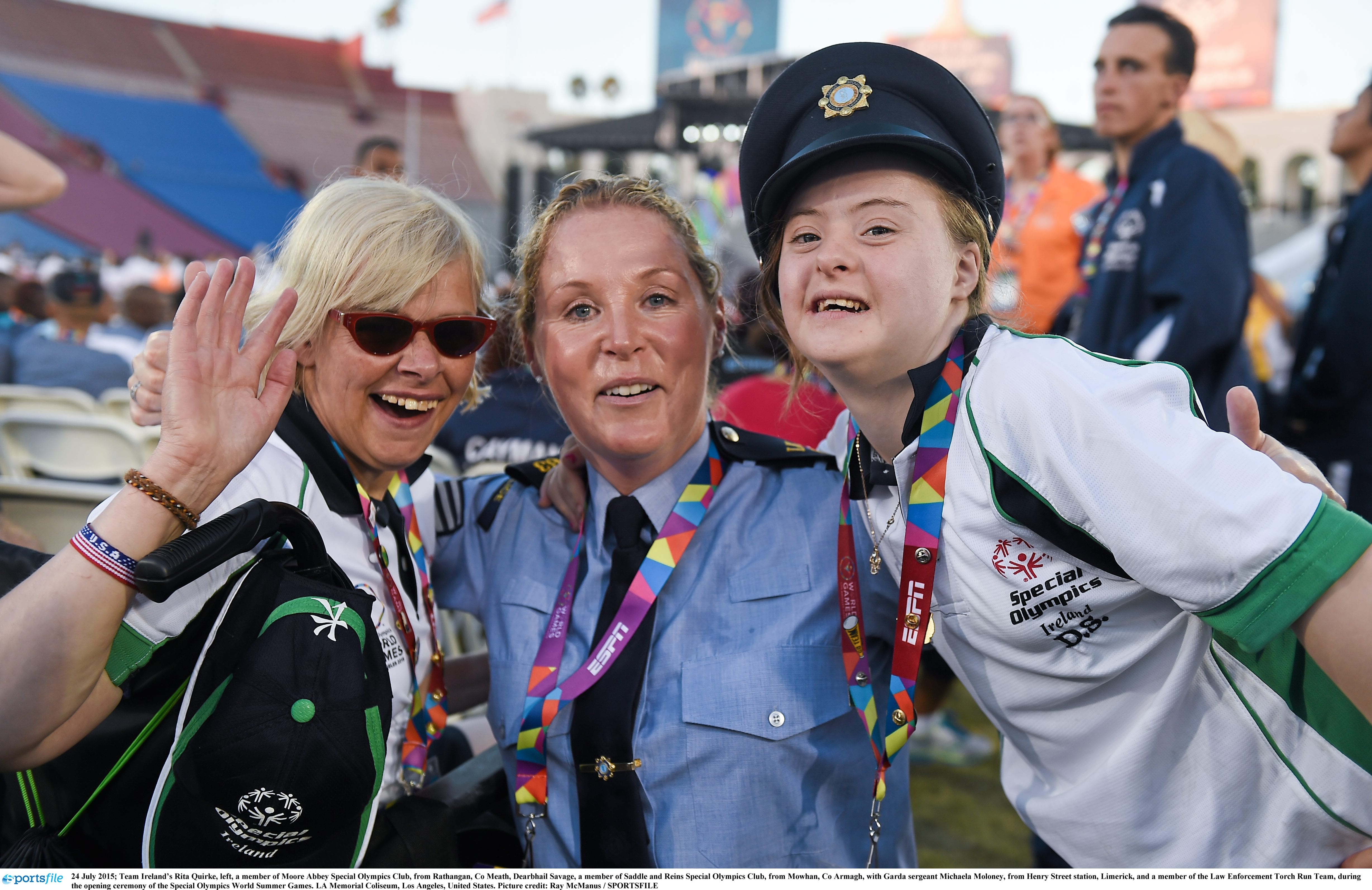 The overall medal haul now stands at 22 and there have also been a huge number of personal bests recorded by Team Ireland.

At the LA Equestrian Centre, Team Ireland enjoyed a hugely successful day with four medals captured in English Equitation over the course of the day.

15-year-old Dearbhail Savage from Mowhan, Co. Armagh took Gold in her section of the competition, while 37-year-old Elizabeth Mair from Rathfarnham, Dublin also put in a Gold medal winning performance. And there was further medal joy for 38-year-old Thomas Connolly from Coolaney, Co. Sligo who took a silver medal and 38 year-old John Deevy from Kilmeadan, Co Waterford who claimed a bronze medal.

Caroline Brennan, Head Equestrian Coach said: “Today has been a great day for our equestrian athletes. We had a lot of support, with three of the four athletes’ families travelling out to LA to support them, as well as other Special Olympics Ireland supporters coming out to support the team.

“Dearbhail is thriving on all of the attention out here at the Games – everyone loves her. She is camera ready all the time and there have been lots of poses for selfies and pictures with people from right around the world.

“The pony she’s riding is very cute, it’s almost as if they were made for each other. Everyone we meet is asking about her; where she’s from, how old she is and how long she’s been competing. But when she gets on the horse, she means business. She’s a very talented young lady.

“I feel very proud of the whole team; they’re riding strange horses and are competing in great heat. The athletes should all be exceptionally proud of their achievements here; their families are so happy and there were plenty of tears of joy. It’s a fantastic thing to see the families experiencing the full joy of Special Olympics.”

“We have three days of competition left and my hope is that the athletes continue to do their best; medals are a bonus but I just want them to be happy with their performance and know that they couldn’t have done any more.”

Watch: Parents of Dearbhail Savage – Michael and Karen speak to Armagh I from Los Angeles

At the track at Loker Stadium in USC, Rachel Ryan (26) from Templemore in Tipperary was overjoyed with her gold medal winning performance in the 400M. She also posted a personal best time in the race. “I’m very happy and excited, I didn’t think I was going to come first but I guess when you don’t think a thing it ends up happening. So I’m very excited.”

There was further success on the track with 20-year-old James Meenan from Dundalk, Co Louth, taking a bronze medal in the 200M. Athletics Head Coach, Ailish Smyth, Head Coach, was thrilled with the performance of her athletes: “In 30 degree heat, our athletics athletes are excelling with numerous personal bests, which is incredible and the medals have just topped it off. I cannot believe they are running out of their skin and achieving personal bests. It’s excellent. James ran fantastic at super speed. It’s so thrilling to see them all in action.”

Tying up a fantastic day for Team Ireland, Frances Power (52) from Navan, Co Meath put in a huge performance to win a gold medal in the singles section of the Table Tennis competition.

Commenting on Team Ireland’s day at LA2015, Matt English, CEO Special Olympics Ireland said: “Day four has been another hugely successful day for Team Ireland. The level of personal bests and medals has been utterly fantastic. The travelling Irish support at each and every venue is also immense and I know our athletes are benefitting from all the cheers and goodwill on display.”

Shaun Cassidy, regional director, Special Olympics Ulster said: “Every day we’re hearing fantastic news from Team Ireland at LA2015 reports of the athletes’ success never ceases to impress and inspire us all. Our congratulations go to all of the athletes and particularly Ulster’s Déarbháil Savage on her Gold medal, which is all the more impressive as she is one of Team Ireland’s youngest athletes. With three days of competition left, we’re sure there will be more success for the team in LA and we wish all of the athletes the very best as the Games continue.”

The World Games run until August 2nd 2015. An 88 strong Team Ireland – including 12 Ulster athletes are competing in 12 different Olympic style sports. Their selection comes after four years of training and competition.