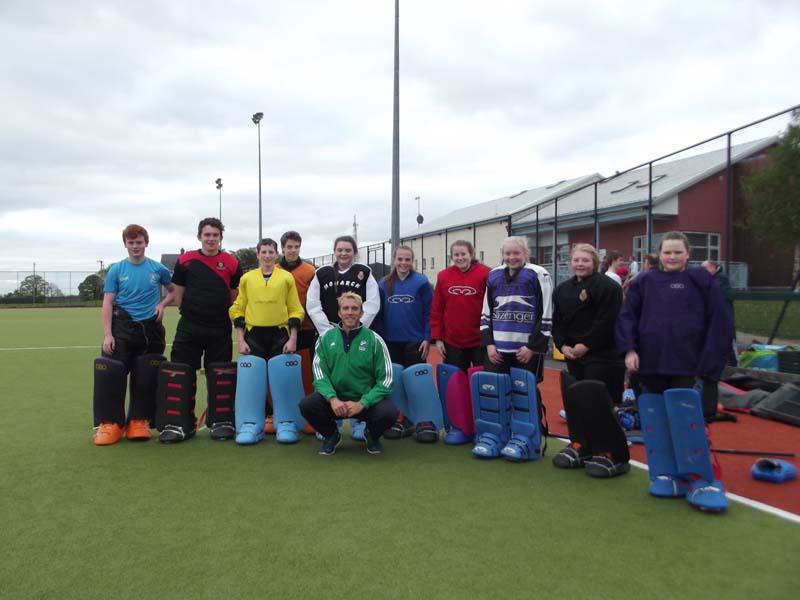 Ireland’s current No 1 goalkeeper David Harte has taken time out of his holiday to hold a goalkeeper training club for Armagh Hockey Club this week.

David, who is also the current SV Kampong No 1 goalkeeper in Utrecht, Holland, staged two sessions – junior and senior training.

Both sessions were full to capacity, with 21 goalkeepers and five coaches availing of the opportunity to benefit from David’s expertise and hints on being a better goalkeeper and how to best use goalkeepers during training.

Armagh Hockey Club Chairman Jason Whitford said all at the club were delighted at being able to take part in Tuesday’s sessions.

“Everyone enjoyed all the hard work and David made sure they all had fun as well,” said Jason.

“At the end of all the training David presented Armagh Hockey Club with his signed Ireland Jersey which the club plans to frame and display in the clubroom at Ardmore.

“Armagh Hockey Club look forward to working with David again in the future.”