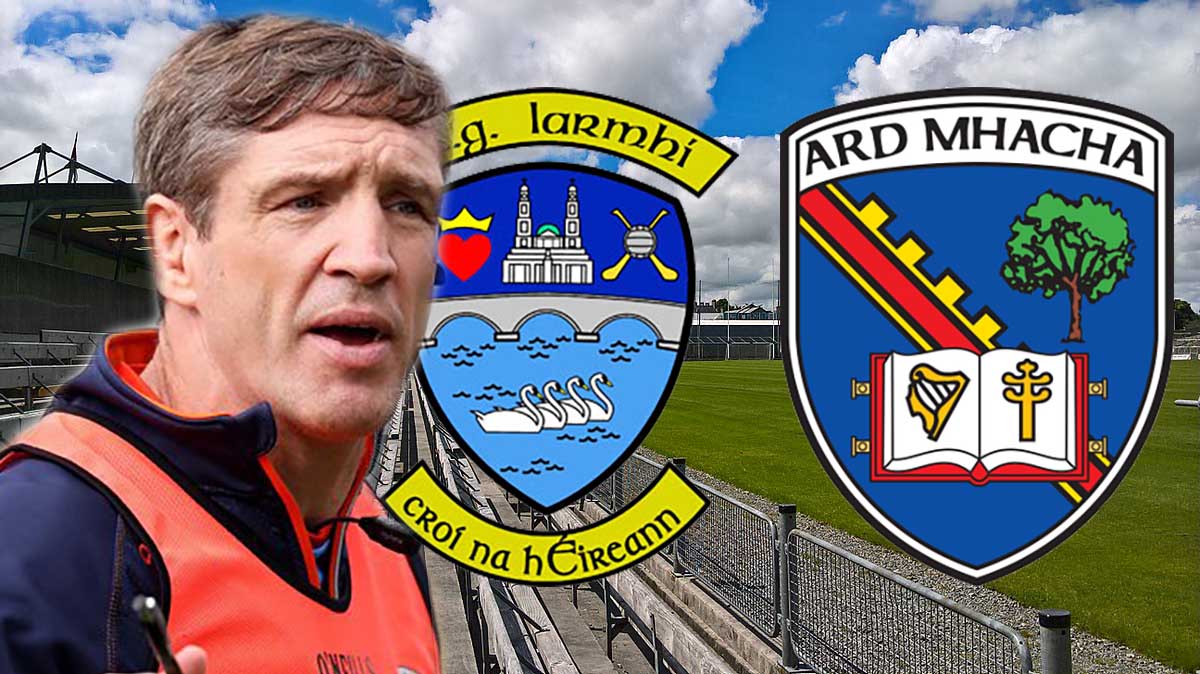 Armagh GAA comfortably saw off the challenge of Westmeath in Mulligar on Sunday afternoon, making it two wins from two in Division Three of the Allianz National League.

For a second week in succession the Orchardmen racked up a 2-17 scoreline to go top of the table, with five games still to play. At this stage last season, Kieran McGeeney’s men had just a draw to their names.

It was when Westmeath looked at their most dangerous in the second half that Armagh turned the screw and rammed home their advantage in the final 20 minutes of the contest.

However it all started so well for the hosts.

A power cut before the game at Cusack Park didn’t them; Westmeath sparked into life from the first minute when Ronan O’Toole opened his account for the afternoon within 60 seconds.

And two minutes later Luke Loughlin doubled the host’s lead with a brilliant effort off his left.

It took Armagh 18 minutes to register their opening score and it came from the deadball; and unsurprisingly from the trusty left boot of captain Rory Grugan.

Substitute David Whelan – who came in for the injured John Egan – made an instant impact for the Midlandlers, responding immediately to that Armagh score with one of his own.

Five minutes later and the visitors had the lead, after Ronan Lappin slipped the ball over the line. A high, direct ball in from Grugan was broken down by the impressive and imposing Ethan Rafferty in the full-forward line, straight into Lappin’s course, who made no mistake with the finish.

Grugan followed up with another free before Lappin returned the favour and assisted Rafferty in getting him on the scoresheet with a nicely taken point. It wasn’t to be his last.

Westmeath hung in there and it was the centre-back Frank Boyle who steadied the ship with a great effort from distance, to reduce the arrears to just the two points.

However, Grugan cancelled that one out with his third of the day.

John Heslin and Niall Grimley (free) traded scores in what was a frantic end to the half. Armagh should have had a goal only for some stoic Westmeath defending, while the hosts themselves had a goal chalked-off following an infringement in the build-up.

Armagh took a three-point lead into the break.

Stephen Sheridan opened the scoring in the second half after a lay-off from Ryan McShane. John Heslin and Niall Grimley then traded frees, before Finbar Coyne scored with literally his first touch of the game.

With two points in it, the game’s pivotal moment came on 51 minutes when Jamie Dolan fisted past Blaine Hughes in the Armagh net to give his side a narrow one point lead.

However, it acted as the catalyst for Armagh to push on instead.

Rory Grugan, through on goal moments later, was unceremoniously hauled to the floor. He sent the ‘keeper the wrong way with the resulting penalty.

McShane, Joe McIlroy, Forker and Rafferty all scored without reply to give Armagh an unassailable six-point lead.

Westmeath’s Heslin and Loughlin reduced the arrears once more to four but that was as good as it got for the Leinster men.

The superb Grugan added another before Ethan Rafferty added the final three to add the gloss to an excellent second-half display.

Armagh host Longford next Sunday at the Athletic Grounds where they’ll be aiming to take another step towards promotion.