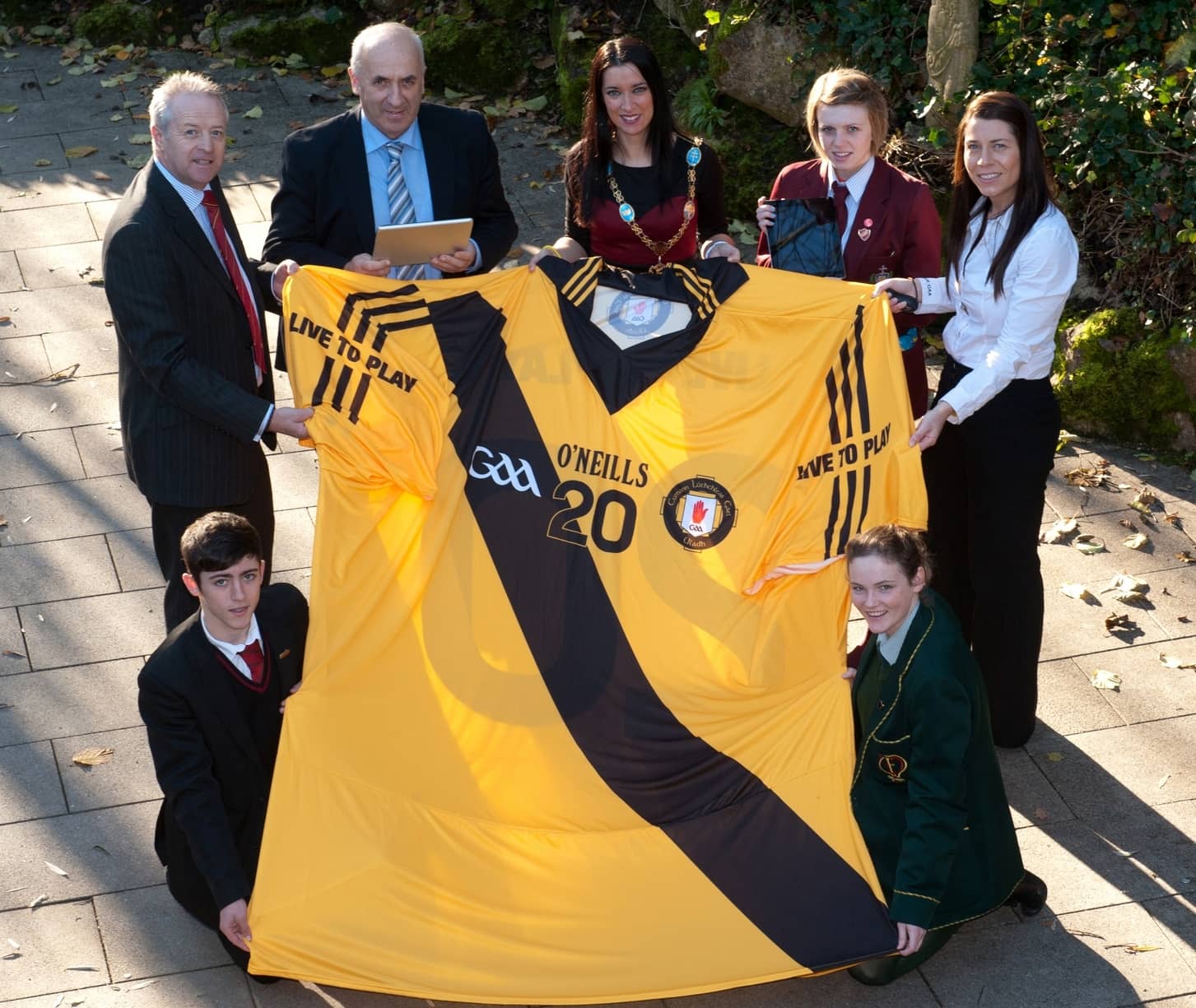 ULSTER GAA today launched an exciting new development in the Live to Play Road Safety programme with the introduction of a new Social Media Campaign.  Lord Mayor of Armagh City and District, Councillor Sharon Haughey was present in the Navan Fort & Centre to launch the first in a series of messages which will feature a range of GAA personalities.

The launch of the Live to Play Social Media campaign during European Road Safety week marks the Ulster GAA’s continued efforts in reducing death and serious injury on the roads.  The wider campaign has been running since 2010 and has proven hugely successful to date.

The Social Media campaign will also see the Ulster and County GAA websites featuring Live to Play branding during Road Safety week, while those on Facebook will have the opportunity to adopt a campaign ‘cover’ and win a Live to Play jersey.  Primary School Children have also the opportunity to get involved by entering the Live to Play colouring competition, with posters available to download and colour from www.ulster.gaa.ie/livetoplay

Ulster GAA President Aogán Ó Fearghail said: “Live to Play has already made a significant impact in Ulster and the new Social Media Campaign will allow us to take our message to a new audience.  Our players and managers have been magnificent in their support for Live to Play and I call on all of our members to   get behind the programme by sharing the messages and taking care on the roads.”

“The GAA has a strong, respected position in our community.  I welcome the fact they are using this strength to further promote the importance of road safety amongst the players and the fans.  The GAA’s ‘Live to Play’ initiative allows us to deliver the powerful road safety message to the very core of our community, to the areas that need it most and to the most vulnerable on the roads – our young people.”