Armagh suffered one of their worst championship defeats in recent memory 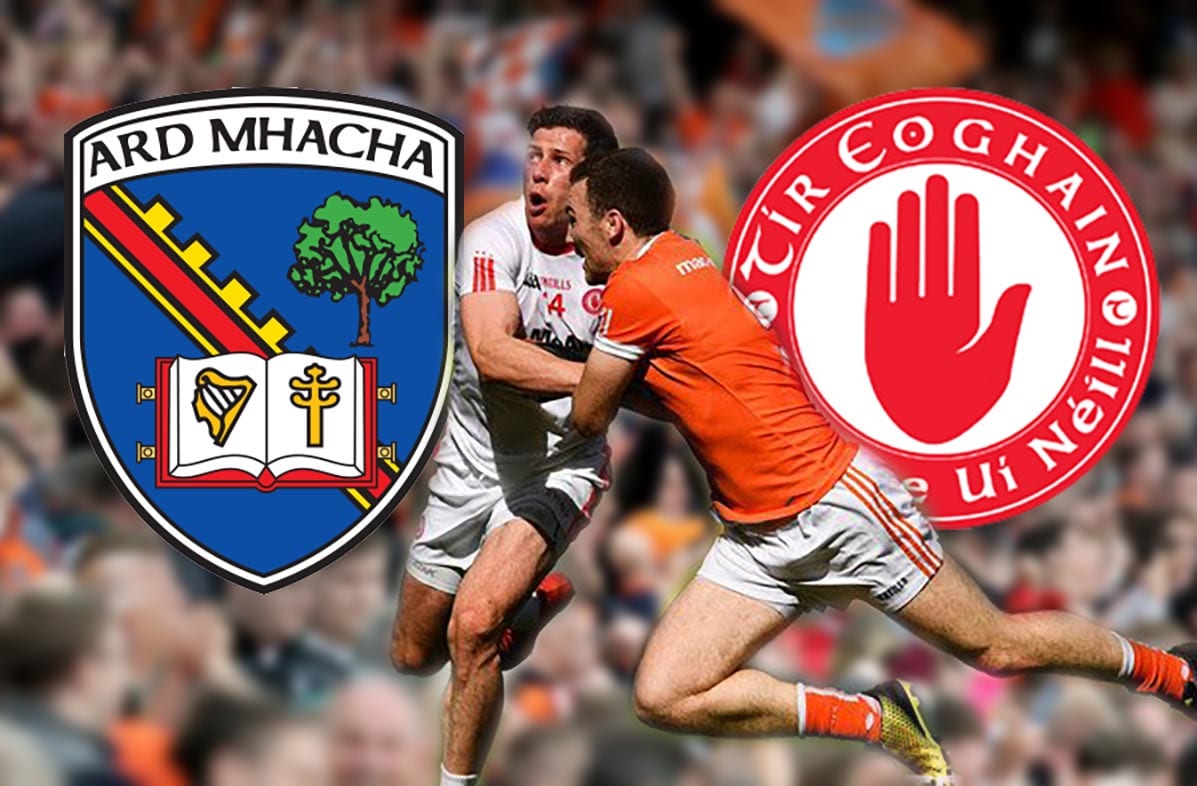 Armagh’s All-Ireland campaign came to a shuddering halt as the wheels completely came off in a chastening defeat to rivals Tyrone in Croke Park on Saturday afternoon.

Kieran McGeeney’s men ran out of steam and ideas as the effects of the last six weeks really told against the reigning Ulster champions in today’s All-Ireland quarter-final tie.

Second-half substitute David Mulgrew almost scored as much on his own for the Red Hand as Armagh managed in an entire 70-plus minutes of football.

This was certainly a far cry from those heady days in the early part of the century where these two sides were separated by an average of just one-and-a-half points in six championship games.

And if last weekend’s victory over Kildare was a watershed moment for this young side, this was the reality check Armagh fans just didn’t need.

Kieran McGeeney said it was a five-year project; a project he should be allowed to see out but on this evidence, there is plenty of work still to be done.

But lacking intensity from the off, Armagh found themselves eight points down after just 15 minutes – without registering a single score of their own. The writing was on the wall.

A Sean Cavanagh free and Tiernan McCann made it five without reply and with things looking bleak for the Orchardmen, things were going to get a whole lot worse.

A wayward kick-out from Blaine Hughes fell into the wrong hands and a rash James Morgan tackle on the marauding Peter Harte saw referee David Gough award the penalty.

Harte made no mistake, slotting cooly to Hughes’s right-hand side.

It was 18 minutes before Armagh registered their opening score; Gough awarding a close-in free for an off-the-ball incident on Jamie Clarke. Niall Grimley slotted over to reduce the sizeable deficit to seven.

Declan McClure responded within seconds from the Tyrone kick-out.

It was Mark Shields who offered the first real bit of quality for Armagh with a lung-busting run ending a well-work attack with a point.

Gavin McParland, who was well marshalled in the full-forward line found some space on the 45-metre line – the Ballymacnab man needed no second invite as he swung over with the left boot.

And just as Armagh began to settle into some sort of rhythm they lost arguably their most potent player in Shields. A harsh black card followed a tackle on Peter Harte. Despite the Whitecross man’s protestations, he was given his marching orders. Sean Cavanagh compounded his misery by pointing the resulting dead-ball.

Rory Grugan added a fourth for Armagh but the impressive Harte had the final say of the half when he waltzed through a missing Armagh backline to give his side a seven-point first-half lead.

The interval offered the wearied Armagh side some much-needed respite but the Tyrone onslaught was only halted by the obligatory 15 minute break.

A Niall Morgan free and Mark Bradley point effectively saw this contest die with only the seven minutes of the second half elapsed.

Jamie Clarke responded with a great individual score; Mattie Donnelly sandwiching in a point before Grugan followed up a horrible miss with a score from a much more difficult angle.

Then came the Mulgrew masterclass. The 19-year-old latched onto a long diagonal ball and with the coolest of finishes, passed the ball around the onrushing Hughes in the Armagh goal.

Stephen Sheridan was the second Armagh to receive the black card- and not the last – as Sean Cavanagh capitalised once again from the dead ball.

Mulgrew added his first point before Grugan registered again after Cathal McCarron saw red for a second yellow card offence. The game was dead at this stage but it was Tyrone who looked to have the numerical advantage.

Mulgrew added a second goal moments later – another excellent, precision finish against Hughes who had a day to forget.

And just as the skies opened, Rory Grugan saw black to dampen the mood. This was Armagh’s nadir.

Darren McCurry, Harte, Sean Cavanagh and Morgan all managed to point. Crossmaglen corner back Paul Hughes did manage a point in between but this was a day Armagh will want to forget in a hurry.

The scars may live long but there is time for this young side to come again.