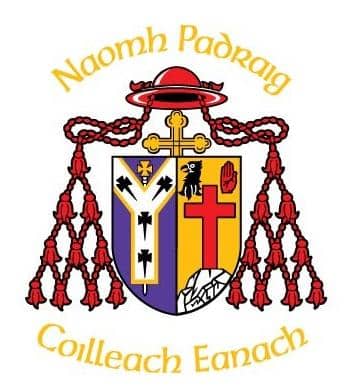 After a magnificent win over St Michael’s last weekend, Cullyhanna Seconds showed that performance was no flash in the pan as they produced another great display of style and character to reach the semi-finals of the Junior championship.

In a game played in good conditions in Silverbridge, Belleek registered the first point but Cullyhanna settled well enough in the early stages as Patsy McKeever and Kyle McEvoy both kicked fine points.

Between the 8th and 13th minutes of the encounter, Belleek hit their purple patch, firing over five excellent scores in succession as their accuracy and economy in possession threatened to establish a significant advantage.

Kyle McEvoy responded with a pointed free but another two quality Belleek scores gave the Division 3B outfit a seemingly useful five point lead. Belleek’s superb shooting had been the difference between the sides up to that point but with 20 minutes played, St Pat’s were handed a lifeline back into the game when magnificent vision from Aodhan Conlon opened up the Belleek defence and allowed Conor Connolly to fire the inaugural goal of the game.

St Pat’s followed up that major score in style with Rory O’Neill, Ciaran Nugent and Kyle McEvoy all registering points to regain the lead for Cullyhanna.

However a late Belleek point meant that the sides went in level at the break, 1-6 to 0-9. While Cullyhanna may have been a touch fortunate to be level at the break, they emerged for the second half in determined fashion and very much made the third quarter their own.

First Patsy McKeever edged his side in front with a fine point before a great run and magnificent shot from the in-form Kyle McEvoy produced a Cullyhanna goal. Eleven minutes into the half, the St Pat’s lead was stretched to seven when Brendan Nugent profited from a Patsy McKeever pass to fire a third Cullyhanna goal.

That looked to be the winning score but Belleek were handed a lifeline midway through the half when they converted a penalty.

Only four points separated the sides at this juncture but Cullyhanna extended their lead when, for a second week in succession, Kyle McEvoy kicked a magnificent point from a sideline ball. Eight minutes from time, Cullyhanna went six clear as a fantastic pass from Ciaran O’Neill released Brendan Nugent who kicked a fine score from a tight angle.

Like the wine at the wedding feast in Cana, this Cullyhanna side were to leave the best to last as the outstanding score of the day was also the final one when Rory O’Neill exhibited remarkable vision to pick out Ciaran O’Neill on the opposite wing before O’Neill’s accurate pass gave Brendan Nugent the chance to kick an excellent point.

That score put Cullyhanna seven to the good and meant that a late point from a Belleek was no more than consolation for the vanquished as St Pat’s ran out six point victors.

This was another excellent performance from a side who have turned their season around in remarkable style.

When they entered the qualifier system, few would have predicted reaching the semi-finals yet this Cullyhanna side have been transformed in recent weeks and are now playing with a confidence and panache which makes them credible contenders in this grade.

On the night, Patsy McKeever had a fine game in the half forward line while Ciaran Nugent’s bursts from defence posed a regular threat with Kyle McEvoy and Brendan Nugent both excelling close to goal.