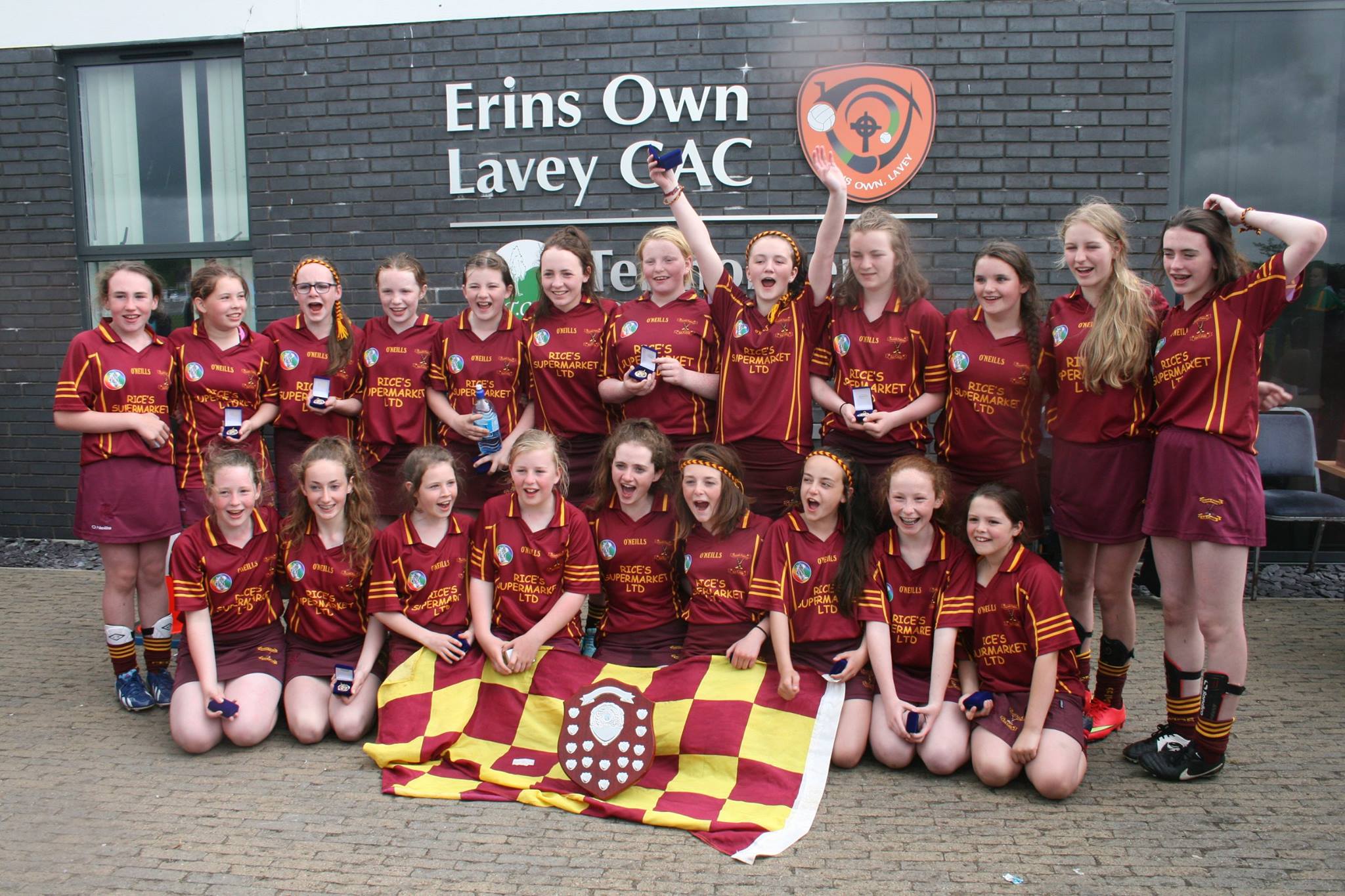 The event was hosted by Ulster this year, with hurling and camogie matches being held throughout the entire province from 19th – 21st June.

To get to the final, Keady played six matches over three days in three different venues; Eglish, Keady and Lavey – culminating in success in the Division Three Shield.

The club played Eglish (Co Tyrone), Camross (Co Laois) and Celbridge (Co Kildare) in the group stages, Aghaderg (Co Down) in the Quarter Finals and Portglenone (Co Antrim) in a hard-fought semi-final, finally meeting with Glenullin (Co Derry) in the final, which went to extra time.

The club would also like to add that a member of this Under 14 panel, Aimee Keenan, also won the County Armagh Feile skills competition this year and went on to represent Armagh in the All-Ireland skills finals in Portlaoise a couple of weeks ago, coming 5th overall in the country.

Camogie was originally founded in Keady in 1925. It had a few breaks but revived in the 40s, 50s and 60s and has been going very strongly since the 1970s with the help of Sister Mercedes and Lily & Brian McGuinness.

The club field teams from Under 6 and Under 8s right through to senior level and have a long, proud history of representing County Armagh in Feile na nGael and this year, were delighted to host a team from Celbridge, County Kildare.

Two of the girls on this year’s winning team are actually daughters of two of Keady’s former Under 14 team which went on to win Feile na nGael in 1986 and 1987!

One of these former players, Helen Mone, is a current manager of the team and has now achieved her dream of winning the Feile na nGael “as a player, as a mentor and as a mummy!”