Quiz: How well do your remember Armagh’s All-Ireland victory in 2002 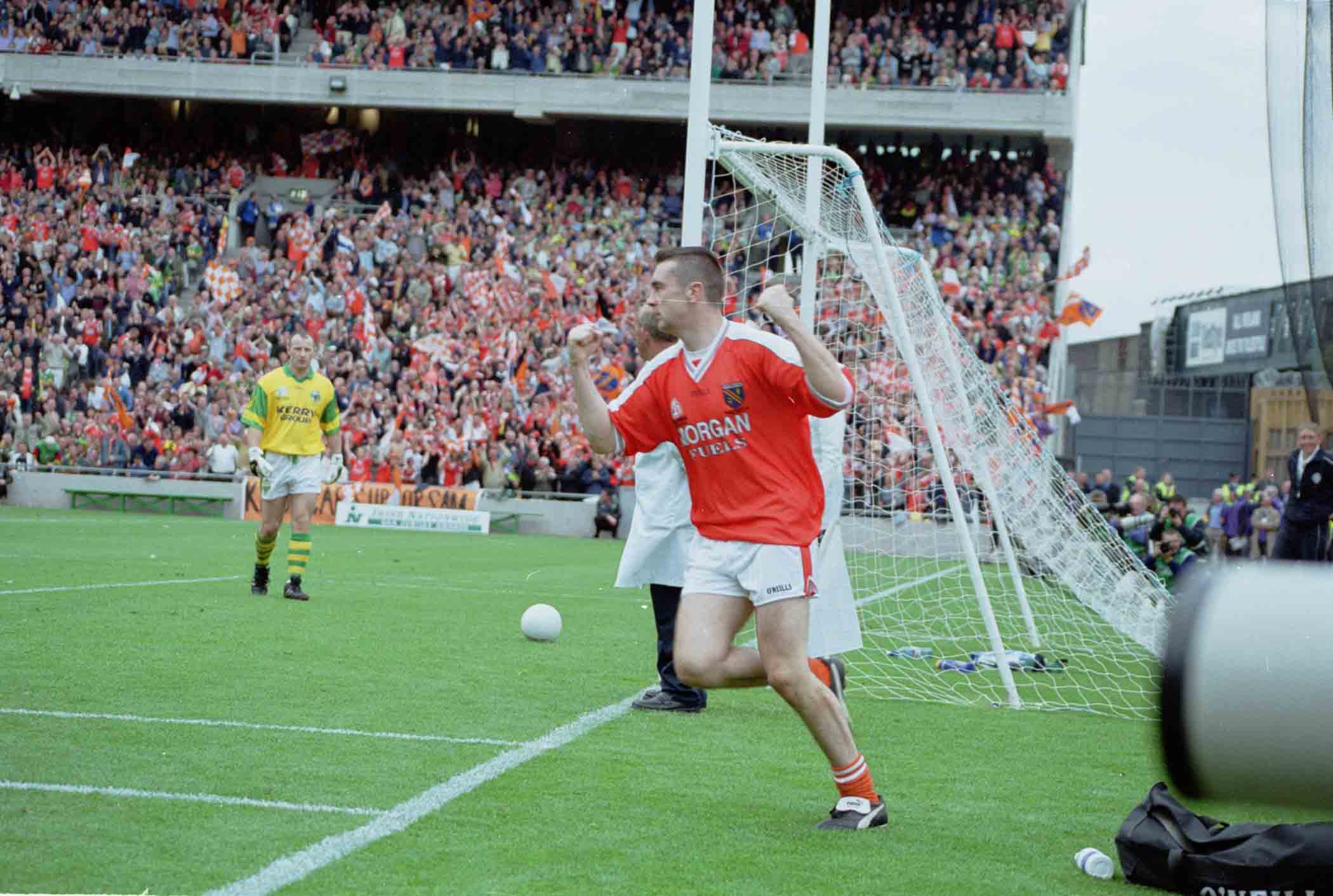 Oisin McConville celebrates his goal vs Kerry in the 2002 All-Ireland final in Croke Park. Photos by Vincent Loughran.

Twenty years on from Armagh GAA’s greatest day, we ask you: How well do you remember it?

It was Armagh’s first All-Ireland title and remains their sole title.

Sunday, September 22 is etched in Orchard folklore as Joe Kernan’s side overcame a a much-fancied Kerry side, ending a long, long wait for Sam Maguire.

Trailing at half-time, Armagh, who had fallen just short in three semi-finals under the guidance of Brian Canavan and Brian McAlinden, looked like suffering more heartbreak when they found themselves trailing by four at the interval.

However, a defence marshalled by Kieran McGeeney managed a Kingdom shutout in the final 16 minutes, while holding the slenderest of leads. Fittingly McGeeney had the final touch of the ball and his county’s first touch of Sam Maguire – a moment to savour as Armagh had conquered the promised land.

Check out our quiz to see how many questions you can get right. For those who have re-lived those memories time and time again, this should be straightforward…