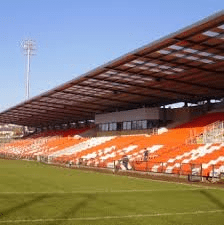 Maghery surprised many spectators at the Athletic Grounds tonight with a mighty performance, defeating Pearse Ogs by 11 points.

Most were expecting a tight affair with both teams performing at similar level in the league. Seamus Forker opened the scoring with a point from a difficult angle on the right wing.

The Ogs tried to respond immediately but struck two consecutive wides. Stephen Cusack punished them with a second impressive point for Maghery.

Maghery pulled away from there – Stephen Cusack, Stefan Forker and Seamus Forker stretched their lead to eight by the 21st minute.

Michael Carson grabbed the Ogs second point 20 minutes after their opening score, but yet again Maghery replied to their single score with a second goal after keeper Tim Harney passed the ball straight into Maghery hands.

Pearse Og improved slightly in the second half, but never really threatened to make a dramatic comeback.

Two points from Ronan Clarke and one from Conor Clarke meant that they grabbed more in the opening three minutes of the second half, than they did in the entire first.

Two more pointed frees from Seamus and Aidan Forker, and a 45’ from goalkeeper Johnny Montgomery gave Maghery a 2-11 to 0-05 midway through the second half.

Pearse Og added a few further points to their tally but they never came close to closing the gap, as Maghery were quite content to sit back and close out the game. It finished Maghery GAC 2-13 Pearse Og 0-08.