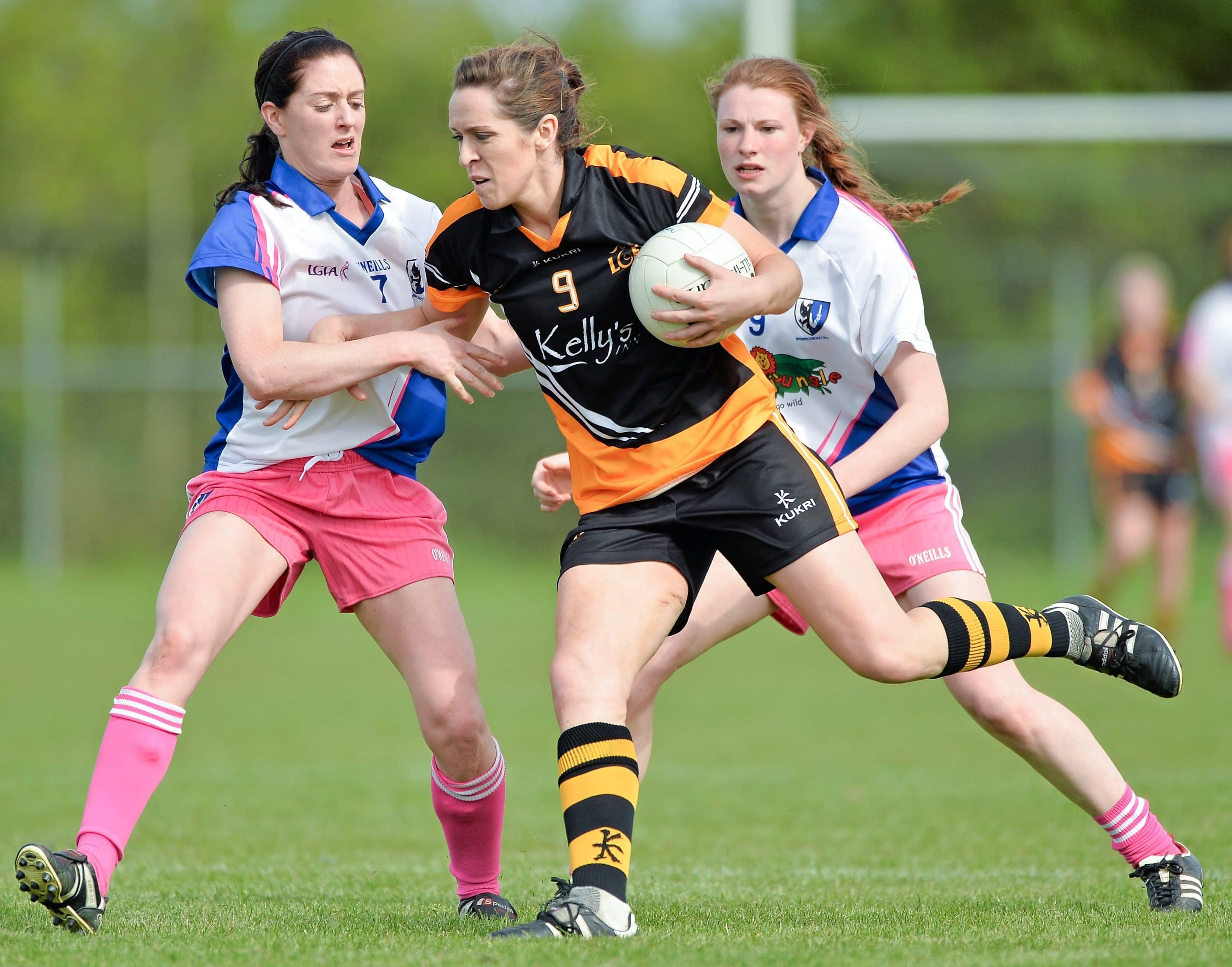 Former Ulster skippers Sinead McCleary and Caroline O’Hanlon were at the heart of the action as Gregory McGonigle’s side retained their interpro title in Kinnegad on Saturday.

The heroic Armagh pair played all but about 10 minutes of the four shortened games, so were on the pitch for aroud two and a half hours during a long day which had a dramatic finale.

It was a happy ending for the Orchard stalwarts who had been on the wrong side of a late swing in the recent National League final at Parnell Park when near neighbours Down snatched a last-gasp victory.

This time, however, it was Connacht who were caught out as Ulster levelled the interpro final with a late goal from Donegal’s Eilish Ward and finished the job with injury-time points from Monaghan pair Caoimhe Mohan and Ciara McAnespie.

Ulster champions Monaghan predictably provided the bulk of McGoningle’s strongest side but last year’s Player of the Tournament O’Hanlon and McCleary, the winning skipper in 2010, were influential figures.

A converted full forward for her county team this season, Clann Eireann’s impressively versatile McCleary reverted to the half back line and indeed played centre half for most of a day which Ulster squeezed through unbeaten.

Manager McGonigle had the luxury of giving All Star O’Hanlon a roving role and the woman who captained Armagh throughout this year’s National League campaign proved effective especially when dropping deep to come from midfield.

Although given the squad number 10, Armagh Harps prospect Fionnuala McKenna was used sparingly, though the mature teenager started the opener against Connacht and kicked a fine and very valuable point in that drawn game.

Niggling injuries ensured Niamh Henderson didn’t play a huge role in the busy schedule but the talented Lurgan schoolgirl will have learned lots from being around such an elite environment and will treasure a 20-minute cameo against Leinster.

The youngsters can only benefit from rubbing shoulders with the top players in the country and can surely look forward to gracing the interpro stage many more times in the future.

At the other end of the scale, 2006 All Star Caoimhe Morgan enjoyed every minute of her bonus appearance in this year’s series less than seven months after giving birth to her first child and, although handed the No 30 shirt, she played against Connacht and Leinster.

As she has started doing for Armagh this season, McCleary got herself on the scoreboard regularly with right-footed frees while the vision of O’Hanlon, the only squad member appearing in a seventh successive series, helped carve out scoring chances for team-mates.

Monaghan defender Sharon Courtney lifted the trophy for a second year running, much to the disappointment of a resurgent Connacht side led by the most prolific player in the history of ladies football, Cora Staunton.

Mayo hero Staunton has broken every scoring record in the book and was hard to keep quiet in Kinnegad but McCleary and her colleagues did a good job in helping stem the tide when it looked like Connacht would power on.

Although Ulster trailed by two points at the interval, they probably turned around as favourites with the wind at their backs in the second half but, with skipper Staunton in magnificent form, the western women had other ideas and until the end it looked like they had done enough to deny the northerners.