Armagh defeated neighbours Down in McKenna Cup opener in Newry 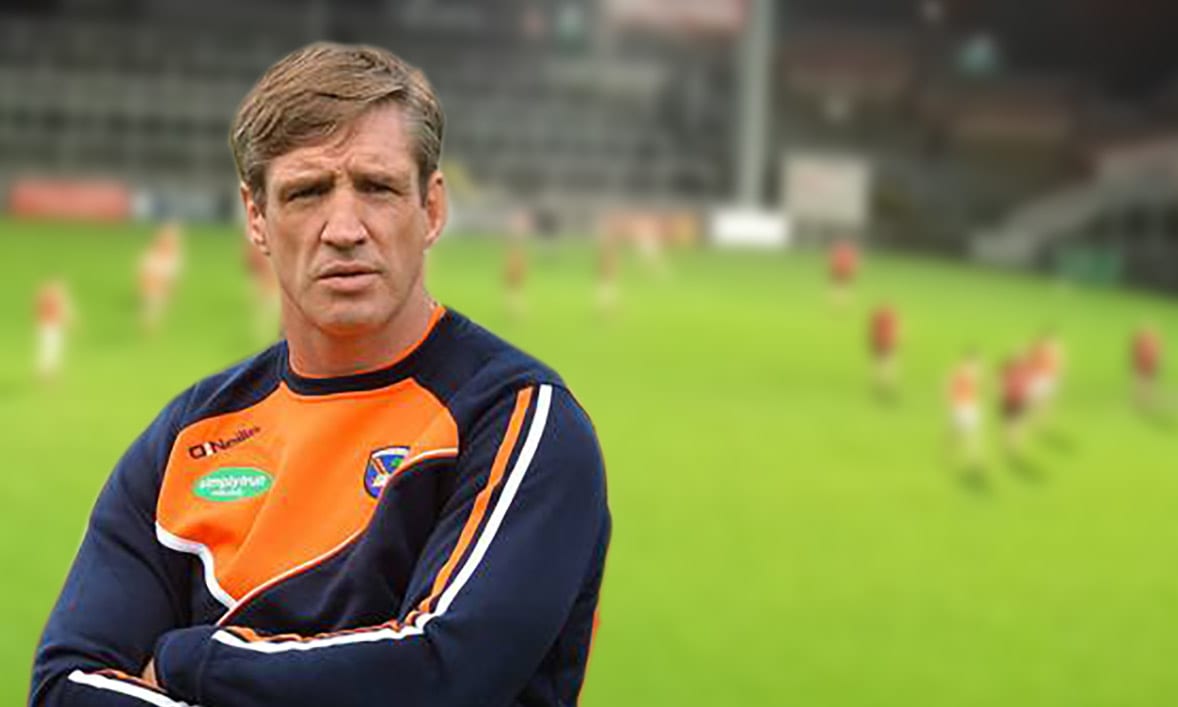 Armagh got their season off to the perfect start with victory over neighbours Down in the McKenna Cup last night (Wednesday).

Two second half goals were ultimately the difference between the two sides as Kieran McGeeney opted for a relatively experienced starting 15 at Pairc Esler.

Andrew Murnin and Ronan Lappin hit the two goals on 38 and 46 minutes as Down rallied late on.

There were a number of debutants, including Forkhill’s Patrick Burns and Sarsfields forward Eamon McGeown.

Culloville’s Niall Rowland was awarded Man of the Match.

Niall Rowland being presented his Man of the Match award for his performance in Armagh's 2-12 to 0-13 victory over Down in #BOIMcKennaCup pic.twitter.com/IRMdm3adCz

Speaking after the game, manager Kieran McGeeney, said he was happy with what he saw.

“It was a good start for a couple of new players in there; there’s a few players coming back from injury, but it’s nothing to be getting carried away with” he said.

Despite the loss of some top talent from the squad ahead of this season, McGeeney is confident there’s a bright future ahead for Armagh

“Lads have different priorities in their lives and you have to reflect that,” he continued. “The first year we were doing well but you lose players like Caolan Rafferty, Kevin Dyas and Jamie Clarke; we lost a whole lot of players coming up to the Championship that year too.

“Then you have to consider there are a core group of boys there who are getting more mature, who all seem to be pushing on and getting stronger than they’ve been, there’s definitely been a change in culture where we’re getting back to the days where they’re proud to wear the jersey.

“We still have to look at where we are, we’re still in Division Three and we want to do well in the Ulster Championship, push on and try and get to the last eight again.

“That in itself is a mountain to climb considering some of the talent that has gone but we have a lot of good young players coming through.

“We’re working with the under-20s so hopefully the future is bright for Armagh going forward.”