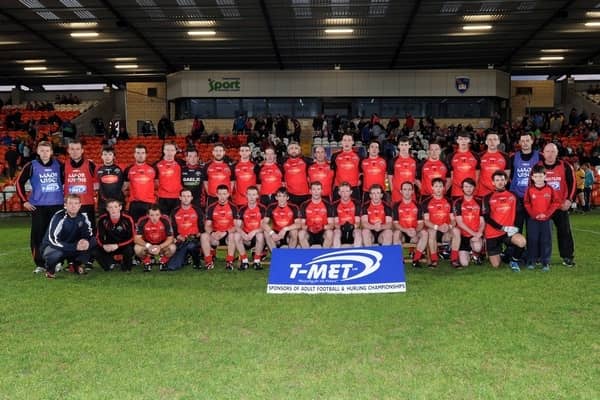 Derry champions Foreglen advanced in the Ulster club intermediate football championship yesterday when they defeated Armagh title-holders Madden by 0-15 to 1-9 at Crossmaglen yesterday.

The Derry side carried too much power for the Orchard County representatives who suffered a double blow in the second-half when they were reduced to 14 men and to compound their woes midfield ace Ryan Grimley, who had been consistently winning possession at midfield, sustained an ankle injury.

Foreglen carried a big threat up front with Niall McFeely and Kevin O’Connor their prime source of scores while Mark McCormack toiled diligently at midfield and John Duffy proved a defensive anchor.

Kyle Morgan threw Madden a lifeline when the landed a second-half goal but it was goalkeeper Stephen O’Reilly who spared their blushes by pulling off some fine saves when Foreglen threatened to take complete control.

Meanwhile, the Armagh side that won the All-Ireland title in 2002 was honoured prior to yesterday’s county final at the Athletic Grounds. And centre of attention was Kieran McGeeneywho has just joined manager Paul Grimley’s backroom team. McGeeney, captain of the 2002 side, linked up with new Under 21 manager Steven McDonnell who was a key forward in Armagh’s historic feat of 11 years ago.