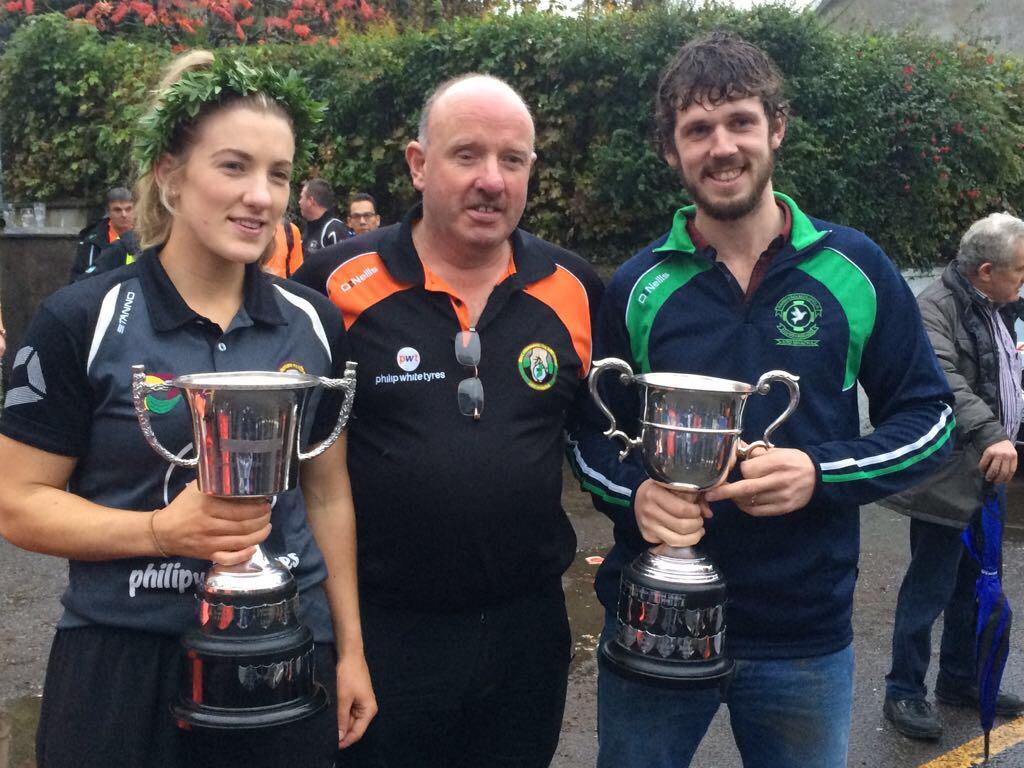 There are only two counties in Ireland with a long history of Road Bowling and Armagh is one.

For this week’s The I on the Ball podcast, proudly sponsored by Blackhill Energy, we spoke to Armagh Road Bowling Association Chairman Chris Mallon, whose daughter Kelly – Armagh captain, Armagh Harps star and Madden Camogie captain – is the most decorated female Road Bowler in Ireland, with eight championship titles under her belt.

Chris gave us a rundown on the history of the sport in Armagh that ended in a surreal scenario involving goats, a robot, a rowing machine, a bowling lesson from Kelly Mallon and a ditch! More on that anon.

I spoke with Kelly a couple of days later after watching a thrilling Championship quarter-final against Clann Eireann, that saw winners Armagh Harps through to a semi-final meeting with Shane O’Neill’s.

Kelly, who is nursing an achilles injury, looked fit as a fiddle, despite feeling the pain late on with magic spray required.

She was the hero of the night scoring a goal for her club and running rings around her markers.

On Sunday the GAA senior men were in action at the Athletic Grounds.

The first of the double header saw Crossmaglen comfortable 4-18 to 0-10 winners over Mullaghbawn and while manager Stephen Kernan was naturally delighted to reach another semi, he’s not happy with the treatment of players like Oisin and Rian O’Neill.

“Oisin and Rian are big men. It’s not their fault they were born over six foot and are extremely athletic and elegant men,” he said.

“But it doesn’t mean to say that those thumps don’t hurt. I think that they could probably do with a wee bit more protection whenever they’re out on the field.”