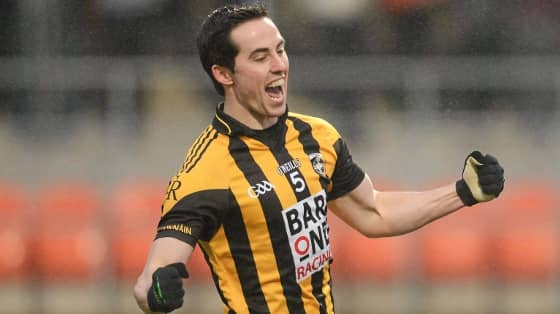 AARON Kernan and Jamie Clarke have been drafted into the Ulster team for this weekend’s Interprovincial Championship Final clash with Leinster.

The Crossmaglen duo didn’t feature in the semi-final win over Munster in Armagh last weekend due to their club commitments but will line up for their province in Croke Park on Sunday.

Ciaran McKeever, who scored two superb points in the victory over Munster, retains his place in Joe Kernan’s team to complete the Armagh involvement.

Martin Penrose and Conor McManus, among the star performers last weekend, also keep their places as Darren Hughes and co. look to retain their Interprovincial crown.

Leinster booked their spot in the showpiece with a thrilling 1-21 to 1-20 win over Connacht in Longford last weekend with Dublin’s Bernard Brogan the star of the show.

All proceeds from this weekend’s game will be donated to Our Lady’s Children’s Hospital, Crumlin.