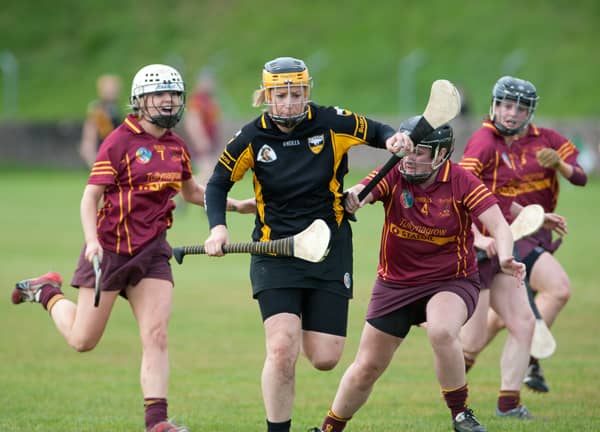 KEADY suffered an agonising Ulster Camogie Senior B Championship semi-final defeat to Down champions Ballycran by the slimmest of margins at Gerald McGleenan Park on Sunday.

A remarkable performance from the visitors’ Catherine McGourty helped her side book their place in the final against Tyrone’s Eglish and end Keady’s hopes of a successful Ulster campaign.

The Ballycran midfielder hit a goal and nine points to cap a dominant display as the home side failed to deal with her boundless energy.

Michelle Murphy top-scored for the home side with two goals and two points to continue her fine run of form after she helped dispose of Tullysaran in the county decider.

In truth, either side could have emerged victorious from an end-to-end game but Ballycran held off a second-half comeback from Keady to secure the win by a single point.

The visitors raced into an early two-point lead before a fine finish from Murphy tipped the balance in Keady’s favour, but a goal and a point from McGourty restored her side’s lead.

The teams exchanged points and a superb point from Sarah Molloy completed a well-worked team move as Keady battled to peg back last year’s beaten finalists.

But a further two points for the Down champions saw them enter the half-time interval with a four-point advantage and one foot in the provincial decider.

Keady burst out of the traps with points from Claire Kinsella and Kerry-Ann Tomany before Murphy struck a second blow to the visitors.

An incisive cross-field ball from Molloy found the Keady corner forward and after her initial effort was blocked, Murphy made no mistake at the second attempt to drive the ball into the net and give her side the lead once more.

Two fine points from McGourty put her side in front before Kinsella and Kelly-Ann Comiskey pointed to give the Armagh champions the lead for what was to be the last time in the game.

An angled McGourty free brought Ballycran level before the Down vice-captain struck a remarkable free over the bar from the half-way area of the field.

Another converted free from the Ballycran midfielder gave her side a two-point cushion with time quickly running out for the home side to hit back.

And a late Keady onslaught could only produce a Murphy score as the Down side held on to book an October 13 showdown with Tyrone champions Eglish.